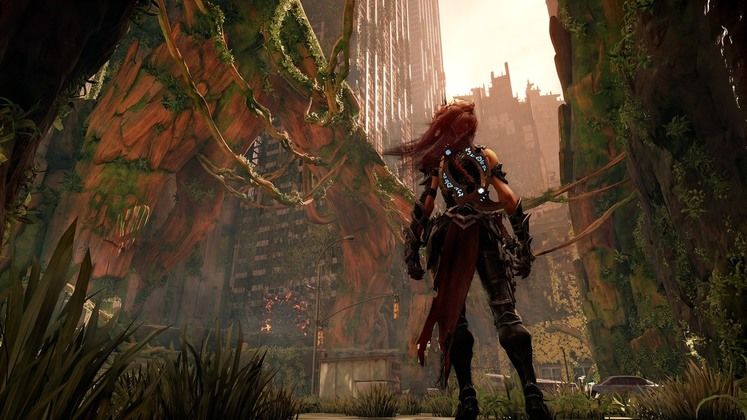 Eager to finally kickstart Darksiders III and see how the Darksiders' meta-story develops further? We've got good news and bad news to share, so let's start with the bad stuff and go from there. Firstly, there is yet some time to wait before Darksiders III is released. Namely, the release date is currently slated for 27th of December, 2018, which means that the hype campaign is only getting started on THQ Nordic's end.

The good news, however, is that we've got a whole new gameplay trailer to share, which is as short as it is sweet if you're a fan of theorising on what sort of features a game might have. 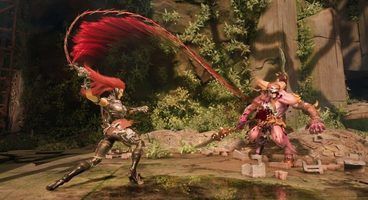 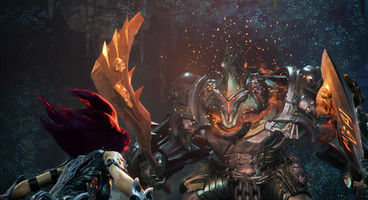 Set in an area going by the interestingly ominous name of 'Flame Hollow', this trailer begins much as most of the other commercial materials have - by showcasing the protagonist's almost iconic whip and its swirling attacks and motions in open combat. However, things are quickly switched up when Fury engages her, well, furious mode, which allows her to - among other things - move through actual lava without breaking a sweat.

Then there are the other weapons, too! A huge, icy-looking bastard sword, and flame nunchaku; each featuring its own set of varied attacks, movements and abilities, from the look of it. The sword will, then, seemingly be able to hit multiple enemies at the same time, staggering them as soon as hits are landed. The nunchaku, on the other hand, are extremely fast and allow for a wide array of agile moves, and seem to be focused more on dealing a lot of damage on a single target.

Though there's a decent amount of variety already shown when it comes to weapon movesets, they all seem to be variants of Fury's pirouettes and evasive motions, which is definitely a nice touch.