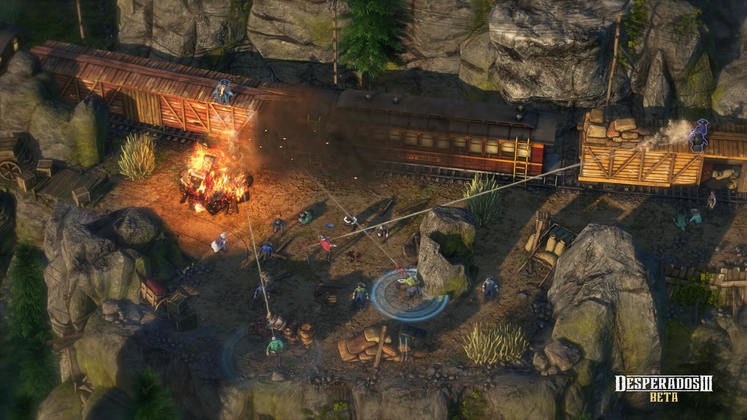 Desperados III aims to bring the hardcore tactical stealth series out of its 14-year hiatus, pushing its trademark focus on patience and planning into the spotlight once again. A prequel to the original Desperados and with Shadow Tactics: Blades of the Shogun developer Mimimi Games at the helm, the third entry in the series aims to combine story with stealth as it follows John Cooper's quest for redemption.

As John and his four companions face danger, they must combine their individual abilities to silently dispatch foes and work their way through large groups of enemies. While nobody's arguing against the effectiveness of a well-placed revolver shot, attracting several opponents your way is sure to spell doom for John & co. That's why you'll need to take note of your environment, learn the enemy's routes, behaviors, and make the best use of distractions and equipment like bear traps, knockout gas or runaway bride Kate's charm. Desperados III is aiming for a 2020 release on PC, Xbox One and PS4. Check it out in action in our gameplay video below.