Dune: Spice Wars was revealed during The Game Awards 2021 as the next real-time strategy game with 4X elements from Northgard developer Shiro Games. Co-published alongside Funcom, the title puts players at the helm of important factions from Frank Herbert's universe, tasking them with becoming the dominant power on Arrakis.

Dune: Spice Wars will first become available in Steam Early Access next year, with four playable factions, two of which were revealed as House Atreides and House Harkonnen. Players hopping in early will get to try out the game's "full political, spying and warfare systems, as well as 3 victory conditions," more features like a multiplayer mode and new systems coming in updates further down the line. 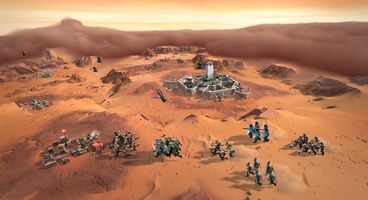 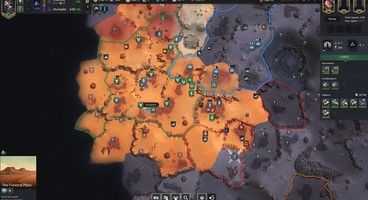 "Explore Dune with ornithopters to discover resources, villages, and points of interest. Expand with your troops to take control of more and more regions. Exploit the resources through buildings and spice harvesters to dominate the economy. Exterminate your enemies with a strong military but beware as outright aggression can have high political repercussions," reads the blurb on its Steam page, which is now live.

The developer currently estimates that Dune: Spice Wars will spend between 9 and 12 months in Early Access, but also notes that "there’s no rush," as its goal is "to ensure that whenever the final release may be, the game is exactly where it needs to be."

The game's announcement trailer, which you can watch below, didn't feature much in the way of gameplay, but the screenshots on its Steam page do shed some light on how the game and its UI look.

They also showcase what looks like a diplomacy screen as well as another, which enables you to vote different political resolutions in the Landsraad.