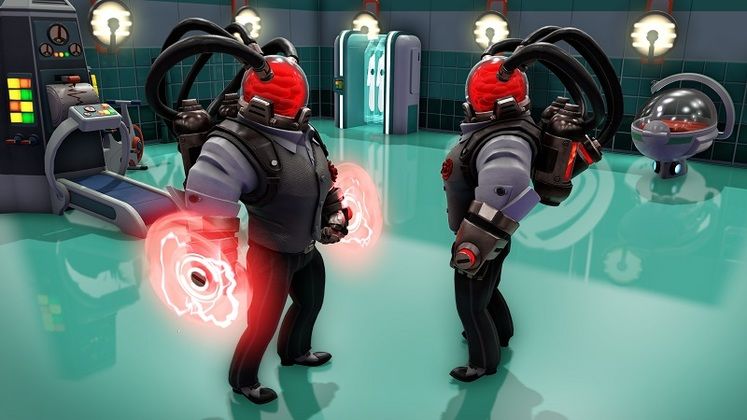 "Behind the red mist of his headgear lies a twisted mind fixed on power, all with the singular aim of your annihilation. Not only can he charge up devastating attacks, Espectro can also use forbidden technology to create clones of himself," reads an emailed press release which makes the Cabal Pack's new henchman sound like a fearsome addition to Evil Genius 2's roster. 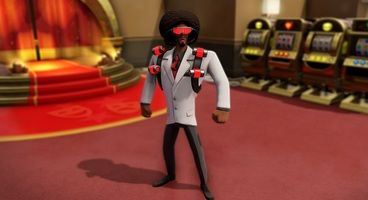 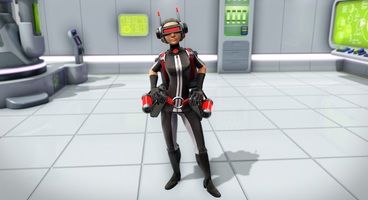 If you fancy Espectro's aesthetic, the Cabal Indoctrination Chamber will let you change the appearances of four other henchmen – Eli Barracuda Jr., Janet Bombe, Full Metal Jackie, and Sir Daniel – by giving them the full Cabal makeover. It also makes them look slightly more evil, which is a plus.

The R.A.Y.G.U.N. Interrogation Device will also become available for your interrogation room, granting a new way of messing with agents unlucky enough to become your prisoners.

Lastly, you'll also get a new batch of Side Story objectives to accompany the DLC's content. It's worth noting that the Cabal Pack's content will be accessible in new Evil Genius 2 campaigns.

Evil Genius 2's Cabal Pack DLC is out now as part of the Season Pass but can also be purchased individually for the price of £4.19/$4.99/€4.99. More content is planned for the title, including one pack of new lair items, yet another henchman pack, two packs that focus on minions, and a new campaign.

Patch 1.3.0 also launched today, with a set of changes that address pacing, world map complaints, and more. Evil Genius 2 is out now on PC.