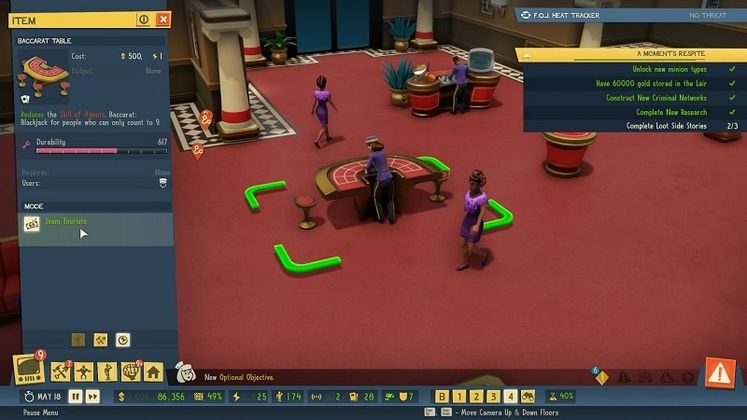 Evil Genius 2's Scam Tourists option is one of the things whose effects could leave you scratching your head at first. It's easy to miss, since the game never properly introduces it, and never properly explained.

Scam Tourists is a mode for such items as the Roulette and Baccarat tables that go into the casino which, in Evil Genius 2, acts as your cover operation and plays a double role. One the one hand, it's there to distract or weaken certain agents of the Forces of Justice so your secret lair remains, uh, secret. On the other, it can be another source of passive income. 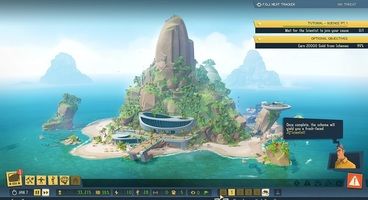 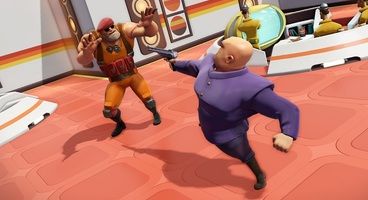 Evil Genius 2's Scam Tourist mode contributes to the latter. When you turn it on, the Valets working on those particular tables will channel their efforts into squeezing more money out of the oblivious visitors that usually roam around.

The amount you gain is determined by both the number of tourists and tables that have enabled the mode. For us, it came nowhere near to rivaling the money gained from Global Operations. It largely remained a negligible source of passive income towards which we turned only when our vaults were nearly empty.

Evil Genius 2's Scam Tourist mode also has a pretty significant downside – it makes agents ignore the tables that use it. This means that you'll theoretically have fewer chances of weakening enemy agents before they enter your lair.

The fact that it's individually enabled on each table does, however, allow you to designate areas of your casino to making extra money from tourists and others to slowing agents down.