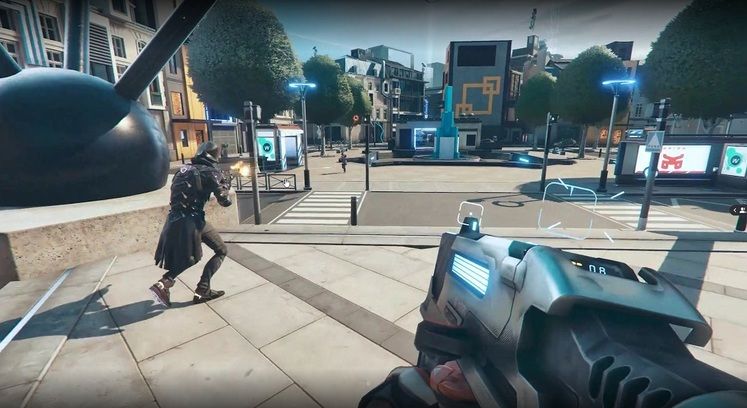 Hyper Scape Twitch Drops are now live as Ubisoft's battle royale has established itself on the popular streaming platform.

After a Technical Test, Hyper Scape has opened its gates to any player willing to see how Ubisoft's first attempt at a battle royale game goes.

Initially, Hyper Scape Twitch Drops were the only way to gain access to the game's short Technical Test. Since its open release, they're an additional source of awesome cosmetic items.

Hyper Scape Twitch Drops can be earned by simply watching any of the streamers playing the game that are also part of the ongoing campaign.

Starting with August 27 and continuing throughout Season 1, players will get the chance of obtaining a new item each week, between Thursday and Sunday.

This week, Hyper Scape Twitch Drops reward the Javi Sun Stone Melee Weapon. To get your hands on it, all you need to do is watch people streaming the free-to-play battle royale.

Remember to link your Twitch and Ubisoft account before watching, as it's required to become eligible for Ubisoft Twitch Drops.

We'll keep an eye out and update this article with any relevant details about Hyper Scape Twitch Drops as soon as we learn more.