Hitman developer IO Interactive has announced that it will reveal a new project tomorrow.

The first details about this new IO Interactive game will be shared on the developer's YouTube channel, at 6 AM PT/9 AM ET/2 PMT GMT/3 PM CET.

No further details were shared about the reveal, making it hard to predict the focus of tomorrow's announcement. 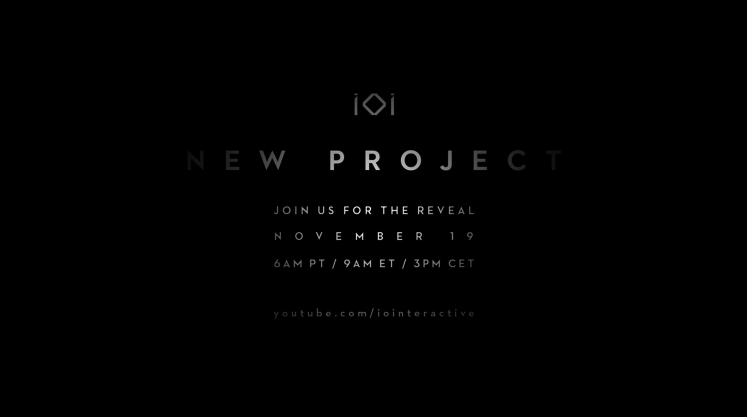 A job listing on the IO Interactive website for a senior producer describes one of the studio's unannounced projects as "new and of large AAA production size."

Another listing, this time for a senior multiplayer network programmer mentions "a brand-new title and concept that will continue the immersive mastery we got you used to, except on a whole other level of player interaction."

IO Interactive also has the self-published Hitman 3 in the works and slated for a January 2021 release. The game's PC version will be an Epic Games Store exclusive.