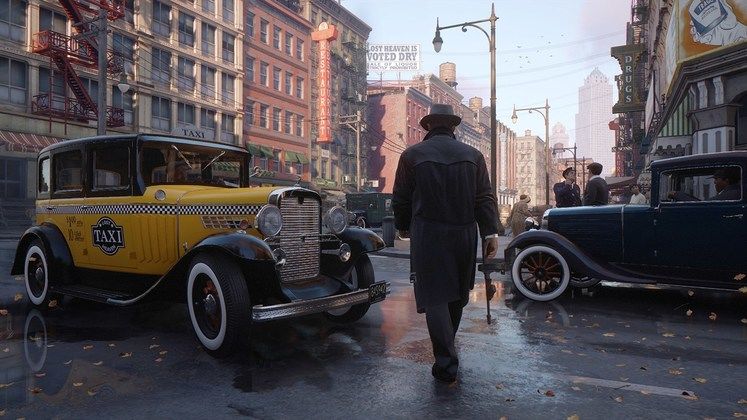 Publisher 2K and developer Hangar 13 today announced that Mafia: Definitive Edition has been delayed until September.

Mafia: Definitive Edition will miss its initial August 28 release date due to the ongoing COVID-19 pandemic. The game's release was pushed to September 25 to not "compromise the quality of the experience".

"From the beginning, this has been a passion project for us. Many of our developers helped create the original Mafia, and all of us are committed to crafting an updated experience worthy of that timeless classic", reads a tweet from the official Mafia account. 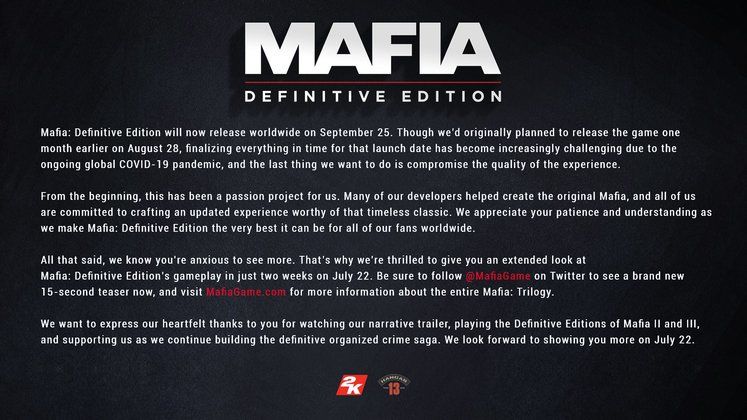 To make the wait easier, fans will get an "extended look at Mafia: Definitive Edition's gameplay" on Wednesday, July 22. A short teaser of what we'll see in two weeks' time is available below.

Join us Wednesday, July 22 for the extended gameplay reveal of Mafia: Definitive Edition with insights from @Hangar13Games President Haden Blackman.