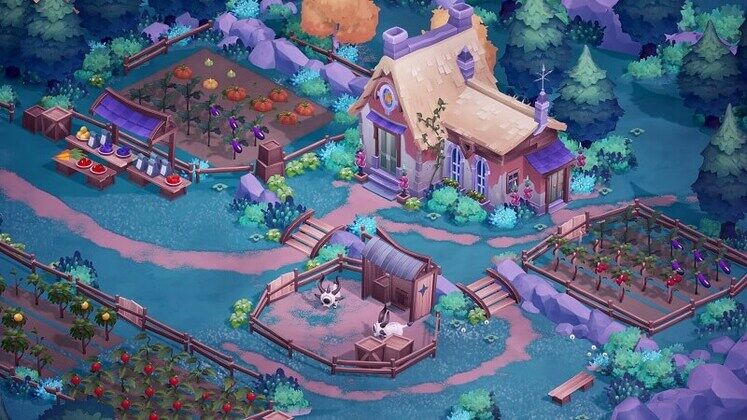 When you say vampires, you think about those blood-sucking creatures of the night who use their charm to lure in victims before turning into bats that may or may not be cute. Although it doesn't take their shapeshifting powers away, developer Little Chicken adopts a different approach to these creatures in its upcoming life sim Moonlight Peaks by having them turn to cursed crops for sustenance.

You play the role of a vampire on a mission to convince their skeptical father, a certain Count Dracula, that even the undead can lead a life of compassion. The magical town of Moonlight Peaks gives you the perfect canvas to do so, with soil suited to grow the aforementioned cursed crops. 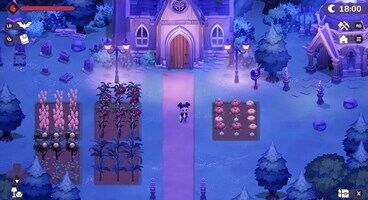 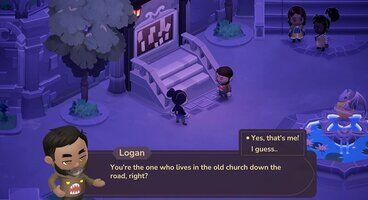 Having found an alternate source of sustenance, you'll take to the game's supernatural dating scene in search of the right match among the local humans and werewolves.

The nearby witches prove eager to teach you the art of potion making and spell casting, giving you free reins to experiment with ingredients and craft drinks that help you on your journey.

Progressing through the game also lets you tap into more of your innate vampire abilities. This means that you will be able to turn into a bat, make use of enhanced senses, and potentially other stuff that's too cool for silly humans to pull off.

Needless to say, you also get to customize not just your character, but their home, which you can decorate with coffins and other spooky decorations that you yourself can craft.

If the routine ever becomes a bit too much, you can always turn to minigames like fishing or bartending to break up the monotony of supernatural daily life.

Moonlight Peaks doesn't yet have a release date, but you can learn more about it and check out additional screenshots by visiting its Steam page.