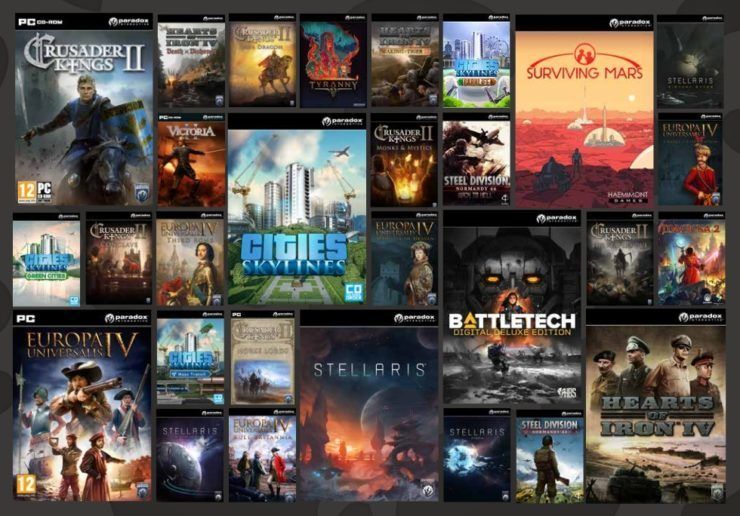 Paradox Interactive has announced in a short but sweet press release that it'll be a part of Microsoft's game service Xbox Game Pass For PC, which was explained yesterday by the latter company in an open letter.

"Paradox Interactive, a publisher and developer of games for worldwide audiences, today announced their participation in Xbox Game Pass for PC, an upcoming monthly gaming membership program from Microsoft. Xbox Game Pass for PC will offer unlimited access to new releases and classic titles on PC for members, including a selection of games from Paradox Interactive," stated the presser.

Of course, the "selection of games" leaves open the question of just which games will be a part of the selection. Paradox Interactive publishes titles like Europa Universalis, Crusader Kings, Hearts of Iron, Stellaris, the Age of Wonders series, Cities: Skylines, and Pillars of Eternity. However, the most intriguing is the upcoming Vampire: The Masquerade - Bloodlines 2, which Paradox specifically mentions as one of the properties it owns due to its ownership of the World of Darkness IP.

Microsoft promises to announce specific games that will be included in Xbox Game Pass For PC during its annual E3 Press Briefing on June 10. If Bloodlines 2 is one of the games, you can bet it'll be highlighted during the conference.