Path of Exile: 3.14 Release Date - Ultimatum League Features and How They Change the Game 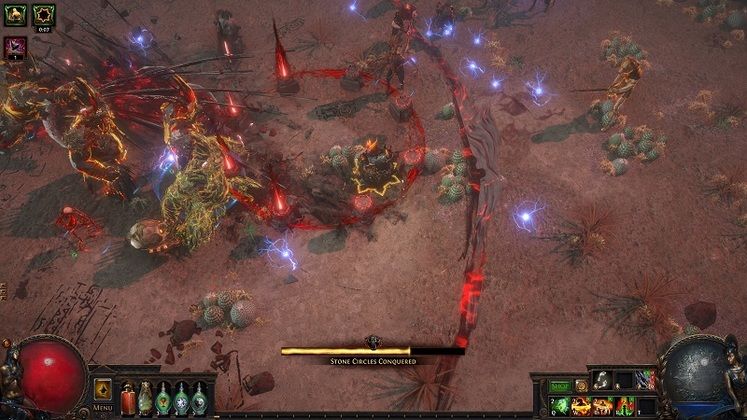 Path of Exile's 3.14 update is almost here, its release date set to occur later today, April 16. When it lands, it will mark the start of the ARPG's Ultimatum League, the latest in its long string of post-launch content additions that refresh both its gameplay and economy.

And what a refresh it is, as Path of Exile's 3.14 Ultimatum League introduces new trials of Chaos, while overhauling the rewards from past leagues. The latter changes are quite significant, covering about eight years' worth of updates that still feed into the endgame experience. 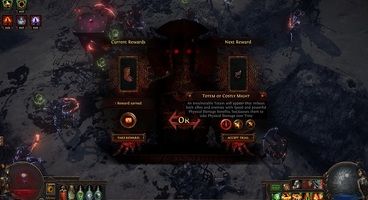 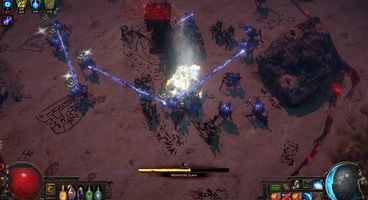 During Path of Exile's Ultimatum League, a new NPC called the Trialmaster will appear in each of the game's areas, offering players the chance to participate in a trial of Chaos. If his golden armor doesn't give him away, the conspicuous red pyramid sitting patiently on the ground near him surely will. Before starting a trial, you can clearly see its reward, objective, and need to select one of the available challenge modifiers.

When you complete the trial's objective, the Trialmaster lets you either take the reward and move on or add an additional modifier and try your luck to get more rewards. Failing a trial at any point means that you walk away with nothing, which is an element of risk you always need to take into account.

While in a party, all players work towards completing the same trial but earn their own separate rewards. At the start, each player has to vote a challenge modifier. If the vote ends with a draw, a random modifier will automatically be chosen from the available ones. Players can also decide to step away from a trial without impeding the remaining party members' progress.

Once you reach the endgame after Path of Exile 3.14's Update launches and have access to maps, you'll also find Inscribed Ultimatums. These ask you to sacrifice an item – including currency – in order to start them, come with multiple challenge modifiers, and usually reward you double the cost of entry. They can also be traded with other players.

Path of Exile's Ultimatum League also brings new Unique items, including the Mahuxotl’s Machination shield that grants six keystone passives at the same time, one of which is new. In addition, four new skills and four new support gems also contribute to the ever-growing pool of character builds. 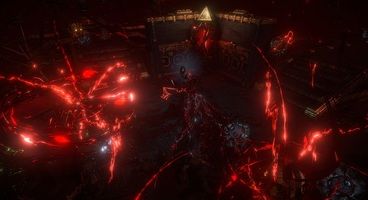 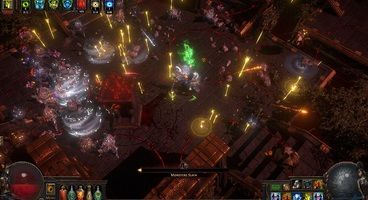 Path of Exile 3.14's reward improvements apply to both the Ultimatum and Standard Leagues. Orbs of Binding and the new Veiled Chaos Orbs count as core drops. Five new Atlas Base Types drop in specific regions of the Atlas of Worlds while final act bosses drop more and better items.

Several Unique items previously specific to League content, including Headhunter, also become part of the core drop pool. The Sacrificial Garb dropped by Atziri has been improved with an implicit mod that grants +1 level to all equipped Vaal skill gems. Her item pool has also grown with two new Unique items, and two more if you're facing her Uber variant.

The enchantments gained when completing Ascendancy's labyrinth are shown in advance, letting you make a more informed choice. Additionally, the unique jewels previously obtained by players pulling off the fastest daily labyrinth runs can now be found in the chests at the end. The list of Path of Exile 3.14 reward improvements extends well beyond the game's first two leagues and you can learn more about them in the video below.

Path of Exile's 3.14 Ultimatum League has locked down its release date to April 16 on PC, its console version launching five days later.