After more than two years without a formal update from developer W3D Hub, Red Alert 2: Apocalypse Rising has reemerged. Aside from showcasing its reworked UI, Prism Tank, and Harrier units, the developer has revealed that the project is now in alpha, all of the features intended for its first release being in the game "in some shape or form." 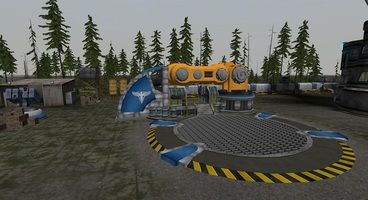 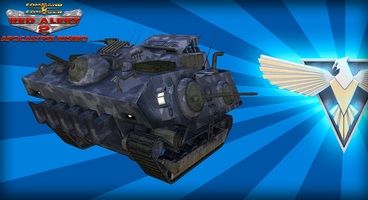 "For the past two years, we were wholly distracted by the development of Tiberian Sun: Reborn, which ultimately had to be put on pause. However, putting TSR on pause allowed us to regroup a bit and take another look at AR and where we were at with the project. Coming up with a fairly solid development plan, we started working on the game again formally in August and have been rapidly iterating ever since," the developer explained in a recent post.

Red Alert 2: Apocalypse Rising's building interiors have been redone, making it less likely for players to get lost while attempting to recruit units or sabotage enemy bases.

The game's reworked UI includes a minimap that lets you scan your surroundings at a glance, alongside a full map that informs you of any Kirov Airships trying to sneak up on you and everything else happening on the battlefield.

You can see how many points each team has obtained at the top of the screen, which is where you'll also find the health of each building in both the Allied and Soviet base alongside the state of all capture points.

The video, which you can watch below, then moves on to showcase the Prism Tank and its ability to hit multiple targets or bounce shots off the terrain.

It concludes with a demonstration of the Harrier and its two flight modes as it avoids certain death when facing an Apocalypse Tank it then ruthlessly destroys. All of this is done on a map that's clearly unfinished, but development seems to be ramping up.

"Over the course of the next few weeks, we will be releasing updates on new features and content that have been going into the game along with images and videos about where we're at and what we're doing," the developer said. You can find Red Alert 2: Apocalypse Rising on Mod DB. 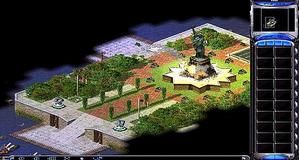