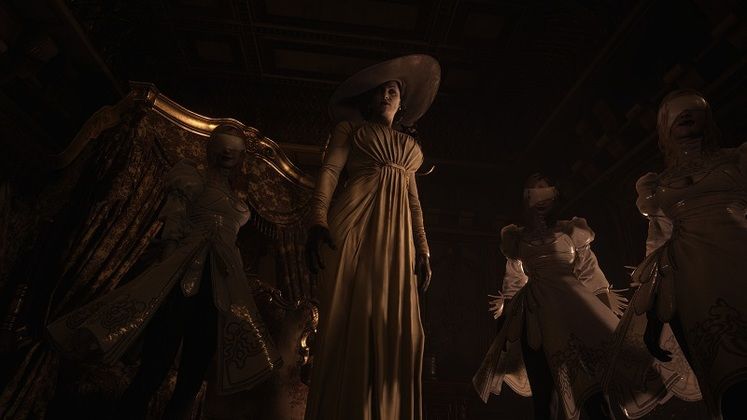 Resident Evil Village's Castle Dimitrescu has many eye-catching details, but as far as clothing goes, Lady Dimitrescu and her daughters clearly eclipse the mindless ghouls covered in rags over which they rule. But stylish as their garb might be, modder JTegh thought they could do better, which spawned into existence the Daughters of YorHa mod.

As you can probably tell from its name, this Resident Evil Village mod brings a chunk of Nier: Automata's universe into Ethan Winters' twisted world, making Lady Dimitrescu's daughters more closely resemble 2B. The android's distinctive dress makes her easily stand out among video game protagonists and, as it turns out, fits Bela, Cassandra, and Daniela quite well. 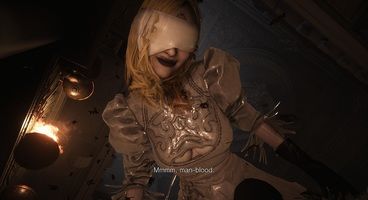 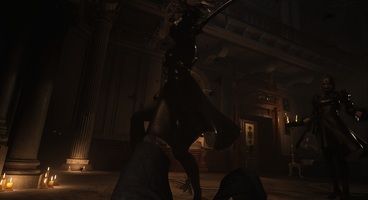 Resident Evil Village's Daughters of YorHa mod has both black and white versions of 2B's dress, and can be applied to all three daughters. On top of that, you can also choose between having them wear a visor or not. Their bloodthirsty nature, however, stays the same.

You can also opt to replace their sickles, with the Virtuous Contract katana from Nier: Automata, which is a nice additional touch. If this sounds like something you'd want to see during your playthrough, head on over to Nexus Mods.

We've also rounded up the best Resident Evil Village mods in an article of their own. If you think Capcom's latest effort to be scary, wait until you see Countess Theodora and baby Chris Redfield.