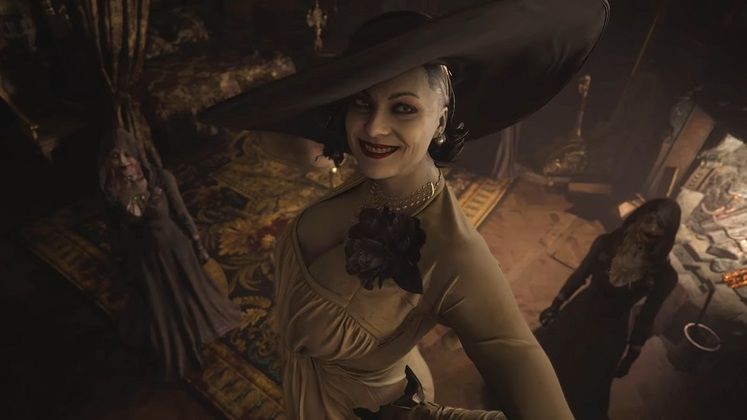 Resident Evil Village was met with much anticipation when it was first announced, but neither Chris Redfield nor Ethan Winters had the spotlight on them, at least as far as fans were concerned. The game's mysterious tall vampire lady, instead, received much of the internet's attention, thanks to both her imposing stature and other features of her physical appearance.

With the Resident Evil Showcase behind us, we know that Resident Evil Village's tall vampire lady has a name. That's also not the only thing we learned, even if Capcom didn't focus solely on her during the presentation. It's possible that she might not be the upcoming title's big bad, although she definitely makes a case for herself as a menacing villain. 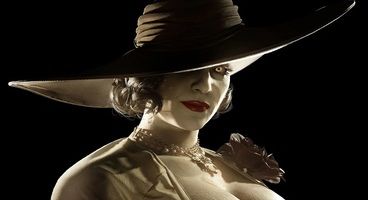 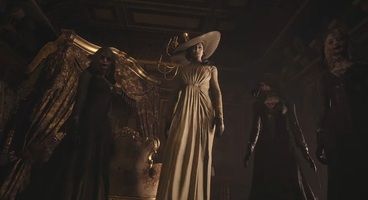 The PlayStation Blog revealed the tall vampire lady's name to be Lady Dimitrescu. While this likely won't stop people from referring to her as "tall vampire lady", it does further point towards Resident Evil Village being set in Romania, considering how the inventory screen confirms the Romanian Leu to be the currency used in-game.

Lady Dimitrescu's pale skin and stylish outfit, alongside the fact that she seems to hang out in a gothic castle – like that Dracula guy – further make the case for her being a vampire. In the gameplay trailer, she's often accompanied by three women who she calls her daughters.

Whether they're her actual creations or simply her followers remains unknown. What's certain is that they do have a craving for "man blood", and a fondness for greeting people by lodging sickles into their legs and dragging them to the tall vampire lady for a meeting. Oh, and they also get around by turning into a swarm of flies.

The Resident Evil Showcase also featured a bit in which Lady Dimitrescu is phoning one Mother Miranda. Although the latter does seem to be a superior of hers, she maintains a commanding attitude, even when informing her that Ethan Winters "has escaped that fool Heisenberg" and is proving to be "too much for [her] daughters to handle." 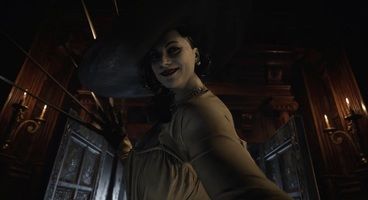 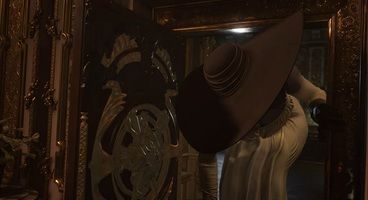 Resident Evil Village's tall vampire lady is seemingly tasked with making sure that some form of ceremony goes down exactly as planned. Whether or not this has something to do with Ethan Winters' daughter – who he is searching for – we don't yet know, although it does sound plausible.

When meeting Ethan, Lady Dimitrescu brings up the fact that he "escaped [her] idiot brother's little games." This makes it sound like he will be dealing with a deranged family yet again, after facing off against the Bakers in Resident Evil 7. It's also possible that she won't hound Ethan from the very start, as the path to Dimitrescu Castle leads through a village, which could be her brother's playground.

While her daughters are shown lunging for their targets' necks to supposedly drink their blood, the tall vampire lady is, instead, seen growing long claws out of her right hand – without even damaging her leather gloves – at the end of the PlayStation 5 exclusive Maiden demo.

That's not to say that Resident Evil Village won't go down the actual vampire route. It is, however, possible that we could be dealing with some form of bioweapon that makes the humans it infects "only" grow a taste for blood and exhibit similar behavior to vampires.

That's what we currently know about Resident Evil Village's tall vampire lady. There's still a lot of mystery surrounding Lady Dimitrescu and a fair deal will likely be kept secret until the game launches this May. It is, however, clear as day that Capcom has created a character that captured its fans' imagination with relatively little effort.