When Spectator, a magazine dedicated to economic and business-related entrepreneurship, announced their shortlist for the Economic Disruptor Award, it might have been a bit of a surprise to an average layman to notice that Slitherine had been nominated, among others. However, Slitherine have been more than eager to try and branch out into other, more niche areas than just commercial video game development.

Indeed, for them to receive one such nomination, Slitherine ought to have done something truly innovative. To put things into simple terms, the developers of such bestsellers as Warhammer 40k: Gladius have been busy with adapting their previously released strategy gems for professional military use - nothing short of research and training, in fact. 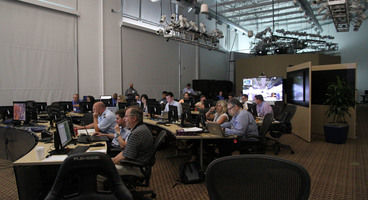 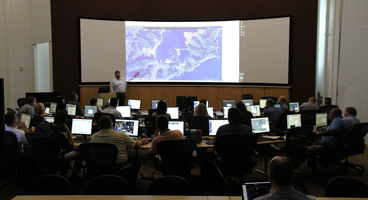 This week, Slitherine have been hosting a professional training course at Lockheed Martin's Centre for Innovation in Suffolk, VA. There, their redesigned and rebuilt version of Command: Modern Naval/Air Operations is being used by representatives from various military agencies across the world to test their mettle, so to say. This hybrid version of Command, titled Command: Professional Edition is now spearheading the sort of innovative business ventures that have gotten Slitherine nominated for the title of Economic Disruptor.

"Turning a commercial off the shelf (COTS) video game into professional software is not a simple task, said JD McNeil, Chairman of the Slitherine Group. "We have spent the last three years collaborating with and accommodating the very specific needs of our Military clients. McNeil noted that Slitherine is continually modifying and improving said software to provide the right tool for the job, and that this is a fundamentally different sort of development process than is usually associated with commercial videogame-making.

Gladius - Relics of War is dominating the top charts on Steam, and it is pretty impressive how Slitherine have balanced between two vastly different lines of business - both of which they've managed to grow substantially over the past few years.

With this sort of experience under their belt, who knows what Slitherine might have in store for us next. 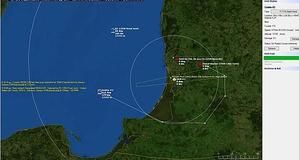