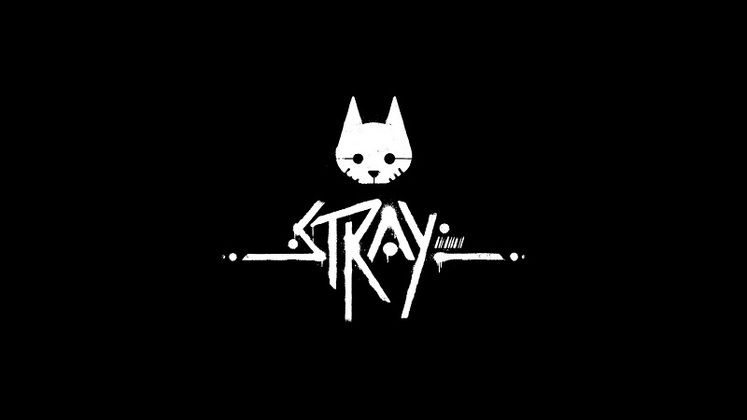 Stray's Midtown chapter eventually reaches a point at which you'll have to retrieve a worker jacket, hat and a casette tape in order to help Clementine's friend see his plan through.

Doing so involves a lot of running around and a bit of cunning, but isn't overly difficult. To make sure things run smoothly for you, this article covers how to find Stray's cassette tape, after which we detail how to get your paws on both the worker jacket and hat.

As you expect, there might be some minor spoilers for Midtown, some of its locations, and characters. 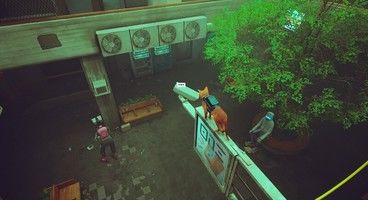 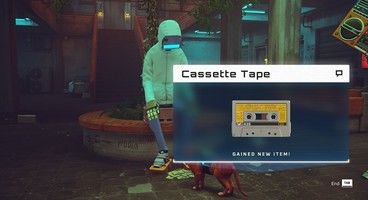 On the bottom floor of the Residence, you'll notice three Companions, one of which is gesticulating at a nearby security camera. Simon, the one sitting down, has a pile of cassette tapes next to him but wants you to help them before parting ways with one.

He then tasks you with taking down the 3 security cameras around the Residence. For the first one, take the stairs to the first floor, make a left, another left, and go forward until you reach two stacked boxes. Hop on the ledge, and use it to jump on top of the camera. Jumping away makes it fall to the ground.

Facing the stacked boxes, go forward, take a left, then head up a level. Follow the yellow cable and jump on the ledge. Hop on the support beam below it, then to the one even lower on the left side. From it, jump on the second camera, then back to disable it.

Head back to the stairs leading upwards from the first floor. Instead of taking them, make a right and look above you. The third camera waits on the left wall. Hop on the two stacked and covered boxes, then the wooden plank, and finally on the third camera to disable it.

Return to the now-partying Companions to obtain Stray's cassette tape. 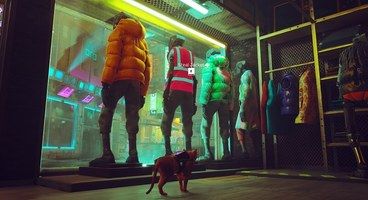 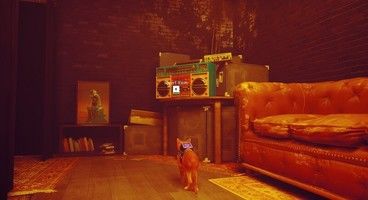 Next, we're going for Stray's worker jacket, so exit the Residence, make a left at the massive Neco Corporation hologram, head down the stairs and look at the first store on the right. You'll know it by the pink Companion who's window shopping. Head inside.

The worker jacket waits on one of the mannequins on the left side of the entrance. You can try stealing it, but Ozi, the shopkeeper, won't be too happy about it. If you talk to him prior to attempting thievery, you'll learn that he's not a fan of loud music.

Head to the back of the shop and you'll find a boombox, the cassette tape's natural ally. Insert the cassette tape you obtained earlier and, as the loud music takes over the entire store Ozi will head inside to deal with it. This gives you a window to steal the Worker Jacket and get one step closer to completing Stray's Midtown chapter. 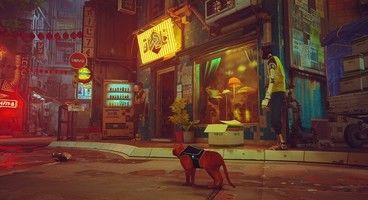 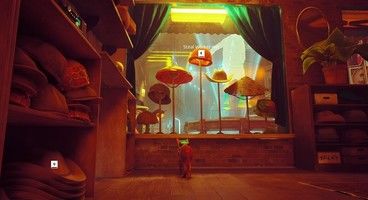 Now, onto the final piece of the puzzle – Stray's worker hat. As you exit the clothing store, head back up the stairs. Look to your right and you'll notice a Companion next to a box, while another waits near the entrance to the hat store. Attempting to enter prompts Hator, the owner, to shoo you away.

Talk to the other Companion and he'll tell you that he's waiting for his colleague who may be slacking at the bar. Facing towards the Residence, you'll find the bar by the red glowing arrow. Head inside, go to the back, and you'll find our slacking worker friend.

He's passed out, so you'll need to wake him up. Use the stool to reach the shelf and interact with the crate of bottles until they fall over, hitting the Companion. With him awake, head back to the hat store and jump inside the box next to the other worker. Wait for them to go inside, then jump out.

Stray's worker hat is displayed near the window and you should be able to steal it from the shop's floor. There's also a convenient exit just to your left.

With both the worker jacket and hat in your inventory, head back past the clothes store, then make an immediate right. You'll notice a Companion reading a newspaper.

That is Clementine's friend, who you may have encountered earlier. Talk to him, show him either the note or the items, and you'll move to the chapter's next section.

For more help with Stray, also read our articles on safe codes and HDR support. 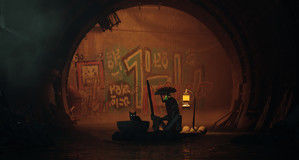