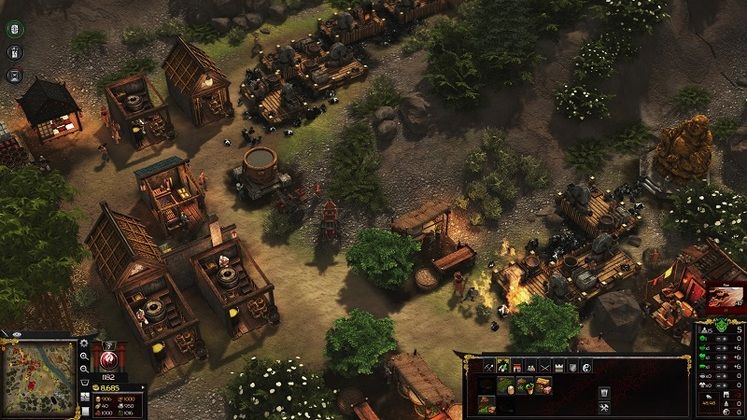 Publisher and developer FireFly Studios today unveiled a series of upcoming features that real-time strategy game Stronghold: Warlords will receive as part of its Spring/Summer roadmap.

Split into minor and major updates, all of the additions on the Stronghold: Warlords Spring/Summer roadmap will be available for free. The first one lands as early as this week, when experienced players can try their hand at beating the AI on the new and rather ominous-sounding Extreme difficulty. It will be available in offline Skirmish, multiplayer, as well as single player campaign. 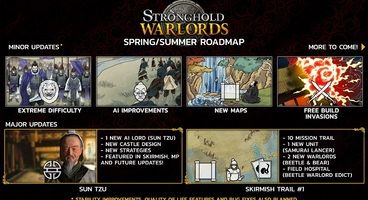 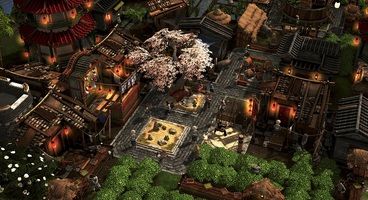 New maps are also on the way. Initially, it will just be medium and large maps, extra large ones coming at a later stage. The goal with them is "to make the player's build area as generous as possible." Riverbend is confirmed as the first post-launch medium map and will be added in this week's update.

Another minor update will introduce a first set of AI improvements that aim to make it better at building placement, managing its economy, attacking, and Warlord use.

Free build invasions are the final minor update on the Stronghold: Warlords Spring/Summer roadmap. This lets you test your castles against waves of enemy troops. These invasions will be themed around either a character or certain unit collections and will also have adjustable difficulty.

The first major update introduces Sun Tzu as an AI-controlled Lord, alongside a new castle design, strategies, and more. The second major update adds the first skirmish trail made up of 10 new missions, alongside the new Samurai Lancer unit, 2 new warlords, and the Field Hospital edict that lets you heal units on the battlefield.

Stronghold: Warlords is available now on PC. You can learn more about its Spring/Summer roadmap by watching the video below. For our thoughts on the latest entry in the series, give our review a read.