Temtem Roadmap - What DLC and Updates are coming? 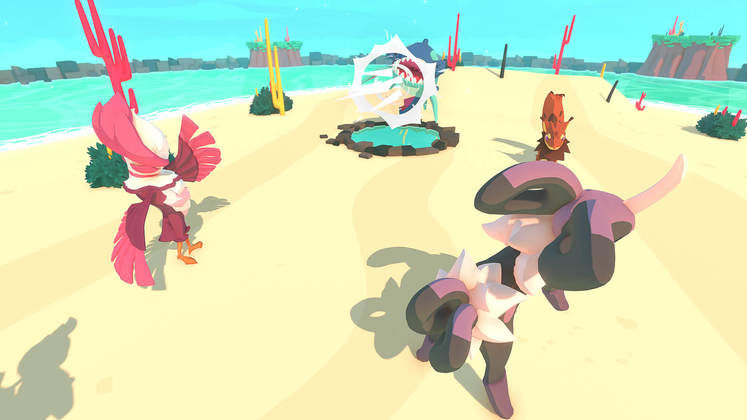 Publisher Humble Bundle and developer Crema have revealed both the short and mid-term Temtem roadmaps, detailing what future updates will bring to the creature-collection title.

Both Temtem roadmaps reveals a pure focus on updates which improve and expand the game, no mention of DLC being made thus far. 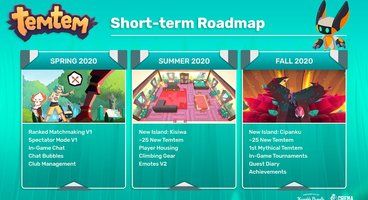 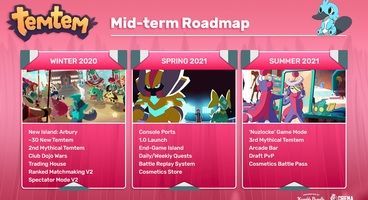 Although it lays out plans for the future, developer Crema has stresed that the Temtem roadmaps' contents and their release dates are subject to change as development goes on. Here's what it has in store for players:

The first iteration of Temtem's matchmaking will launch with the ELO-like Tamer Matchmaking Rating system that requires players to complete a series of placement matches before engaging in actual ranked play with players of similar TMR.

Leagues, medals and seasons will then be added with its second iteration, currently slated for a Winter 2020 release.

Developer Crema delves deeper into several items on the Temtem roadmap, including auto-scaling andplayer housing, in a post on its website. Temtem is now available in Steam Early Access.