The Elder Scrolls Online's update 25 is now live on PC, bringing a major patching overhaul alongside performance improvements and more to the MMO.

Update 25 launches in tandem with The Elder Scrolls Online's Harrowstorm DLC that kicks off the year-long Dark Heart of Skyrim adventure which sees players traveling to Skyrim to deal with an elusive vampiric threat. 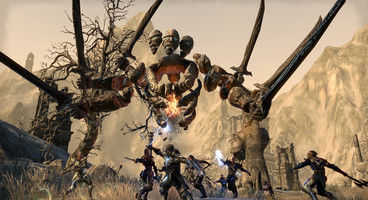 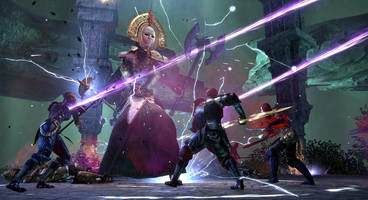 Update 25's patching overhaul "dramatically reduces the patch sizes for all future updates, and it results in a major reduction of space taken up by the client on your machine’s hard drive", a development update reads.

Not only that, but it also improves load times and the speed at which assets are loaded into the game's world. Players will, however, have to re-download the entire The Elder Scrolls Online client to apply Update 25.

As a reward for the patience involved in the process, the Crimson Torchbug Pet will be available for free for two whole weeks after Update 25 goes live. You can pick it up in the Crown Store.

The update also introduces a suite of performance improvements which should see players experiencing fewer drops in framerate.

Where the former is set on an isle obscured by the Sea of Ghosts and which acts as the Icereach Coven's seat of power, the latter sends players to a cavern in which a powerful evil was once buried by the soldiers of the Bangkorai Garrison.

You can check out everything new in The Elder Scrolls Online's Update 25 and Harrowstorm DLC in the full patch notes over on the game's forums.

The Elder Scrolls Online - Greymoor, the MMO's latest expansion, is set to launch on June 2.