5 Reasons to Support The Last Crystal on Kickstarter

14 May 2020 | By Gavin Herman
There’s been quite the resurgence in co-op games recently. Whether due to the huge audience of the Switch or the lockdown we’re dealing with, there’s plenty of them vying for your attention. One of them has just recently come onto Kickstarter with a demo in tow. This is The Last Crystal, a co-op game that balances adventure-based puzzles with some combat to spice things up.

If you’re wondering if it might interest you, here are five things about The Last Crystal that help it stand out. 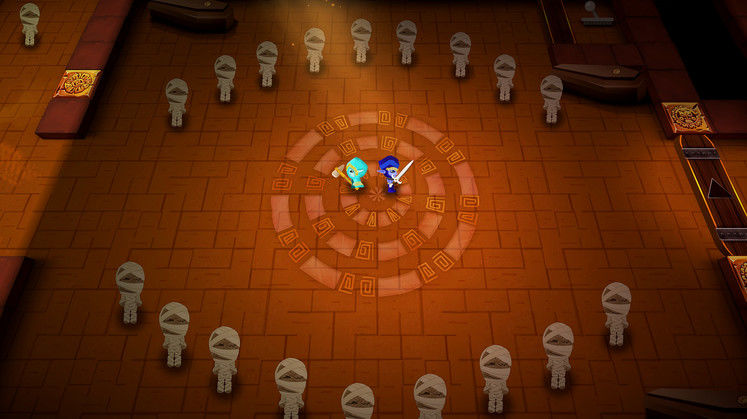 5 Reasons to Support The Last Crystal

The last crystal stars Elia and Ezio: two adventurers vowing to find The Last Crystal. Many have tried before them and many have failed. It’s a story you’ve heard before, but the two of them make for a cute pair. They’ve got some real Baby Yoda vibes, and more games need cutsier protagonists. Add that with the other characters you meet, such as a red panda, and there’s a lot of adorable creatures to meet.

The Last Crystal is a game you shouldn’t play alone. Each player takes control of a seperate protagonist, each needing the other to finish a puzzle. The Last Crystal knows that a good co-op puzzler needs both sides of the equation. One example is the Staff of Elements: a weapon that allows you to pass projectiles between Elia and Ezio. Boss battles also require both protagonists to work together to take them down. While the game was made with co-op in mind, you can also play the game with a single controller ala Brothers: A Tale of Two Songs. However, you’re missing a ton playing it alone. 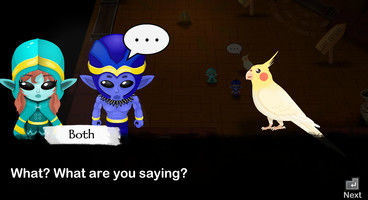 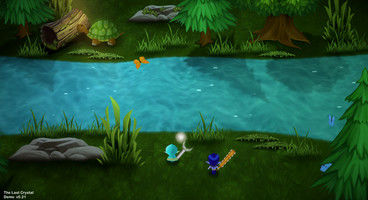 Sometimes you can’t have your mate by your side, and Steam’s Remote Play has been really helpful in these cases. Some games are perfect for Remote Play, and The Last Crystal’s demo comes with that support. It’s always a good sign to see a development team know the tools they have at their disposal and use them for people who can only Zoom with their friends.

The Last Crystal is surprisingly good at feeling large. Puzzles might start straightforward, but they turn more complex. After the tutorial sections, the game expands to its numerous zones. It takes the Metroidvania approach to game design, with found weapons and abilities unlocking new areas. This is also helped by the varied settings, from temples to forests to caves. It does what it can to make the game feel like a true blue adventure.

There are plenty of Kickstarters that will promise you the moon and back, with extreme stretch goals. The Last Crystal isn’t doing that. Instead, each stretch goal gives additional content to the game, including shards, weapons, and monsters. Higher stretch goals allow for full voiceovers and multiple translations, so it’s not the type of scenario you’d see in like, a Red Ash. The initial goal is $C15,000, so it’s definitely possible for it to pass and to send a couple dollars their way. 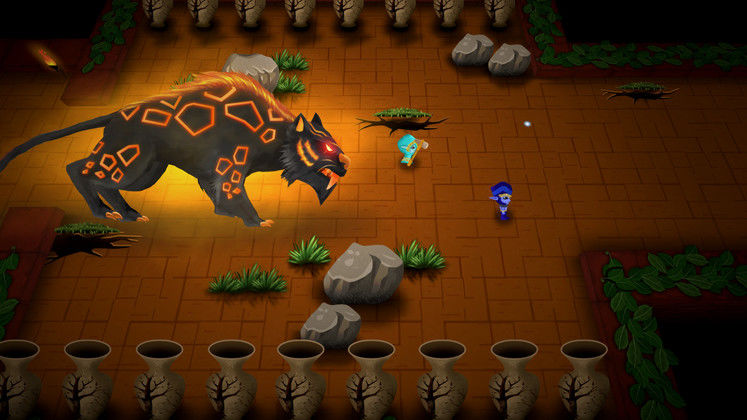 If everything here sounds right up your alley, you can give it a try with its demo right now. It’s available on Steam and gives you a good idea of what you’ll be facing as you search for The Last Crystal. The Kickstarter ends on June 12th, so make sure you give the team a hand before then if you like what you see.

The following article is a sponsored post for The Last Crystal, developed by Falling Flames.