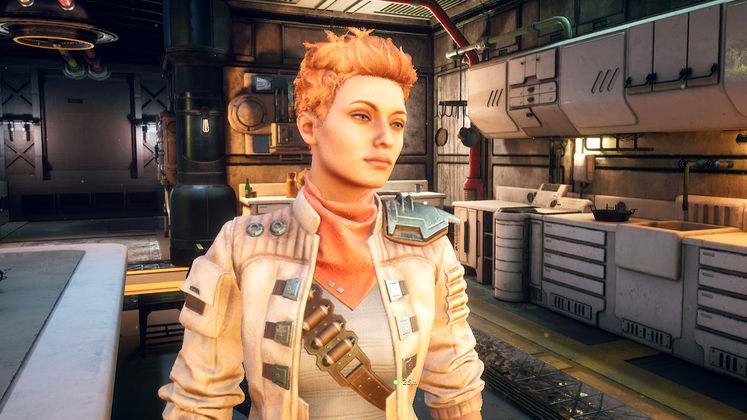 If you've seen any trailer for The Outer Worlds, you'll have been introduced to Ellie - your space pirate companion. She's one of the coolest characters in the game, so you'll want to add her to your crew as quickly as possible - which you'll need to complete The Outer Worlds Worst Contact quest first to do.

You meet Ellie on the Groundbreaker, your first stop after leaving Edgewater near the beginning of the game. You'll be asked by Gladys to stop in the ship's Sickbay to check on the doctor here, and she's in an argument with Ellie about a friend called Jessie. Here's how to get Ellie as a companion in The Outer Worlds! 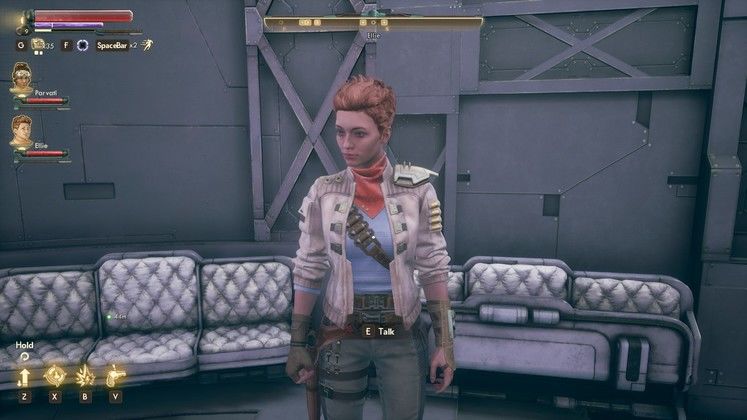 How to complete The Outer Worlds Worst Contact and get Ellie

As mentioned, you can find Ellie in the Sickbay area of the Groundbreaker. Talk to her after she's finished arguing with the doctor, and you'll find out that she's trying to get in to see her "friend" Jessie - who, for some reason, doesn't want to see her. Agree to help find her and you'll get the 'Worst Contact' mission.

Head to the back of Sickbay and you'll find a Restricted Area door. This will probably be your first chance to activate the Shroud that Dr Welles gave you - don't worry, you don't have to do anything, it'll automatically activate as you enter the restricted area. You'll notice a purple bar at the bottom of the screen - this is your Shroud meter. As you move, it drains, so you need to leave before it runs out. If you're getting close but haven't found Jessie, head back to the entrance to recharge. Oh, and don't let the guard get too close.

Jessie is a room somewhere to the right - the area's small so it shouldn't be hard to find her. Press her, and you'll find out that she's not sick - she's just hiding from her debts to Udom Bedford. Say you'll go talk to him - you have to anyway, in order to get your ship back. 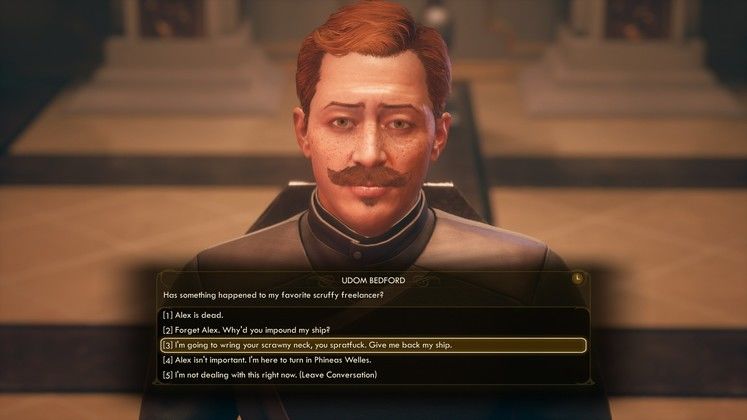 It'll help if you have a decent amount of points to your Persuade skill at this point, but otherwise no matter - you can persuade Udom to clear Jessie's debts a number of ways, including making her sign a contract to pay it off. This is probably the best option, and it'll make Bedford call off the hit on her immediately.

Head back to Sickbay and you'll find Ellie talking with a relieved Jessie. Speak to Ellie once they're done, and Ellie will join your crew as your latest companion! She's good in a firefight, and can totally hold her liquor. Well done! 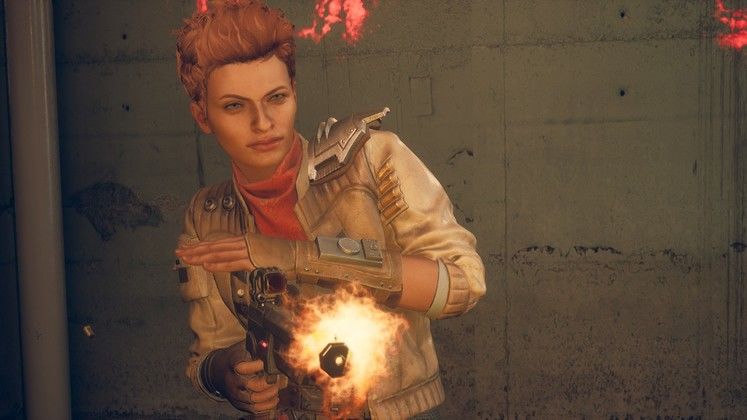