Back in 2004, Creative Assembly made a name for itself with the release of Rome: Total War. While the company started the franchise with Shogun: Total War and Medieval: Total War, Rome was the game that truly put them on the map and gave Total War a place in the minds of mainstream players.

Now, two decades after the start of the franchise and millions of sold copies later, Creative Assembly decided to revisit the game that made it what it is in an unprecedented Total War remaster. Here are the top 10 things you need to know about Total War: Rome Remastered before you buy.

A remaster, not a remake 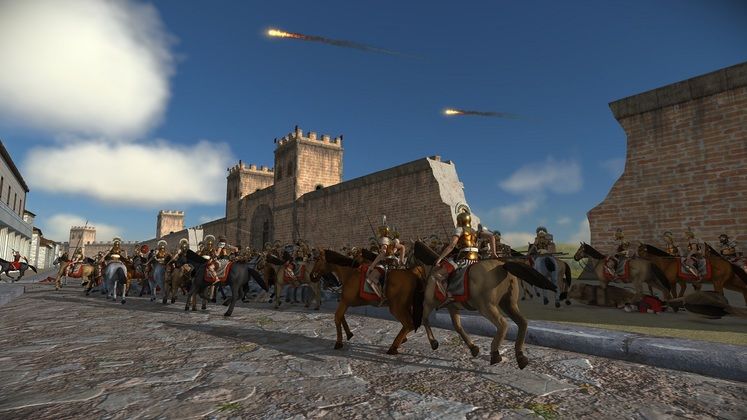 Unlike many remasters out there, Total War: Rome Remastered is not just a new coat of paint on a very old wooden horse. Developer Feral Interactive, which had already worked on the mobile ports of Rome: Total War before working on this remaster, has a deep knowledge of the game, and they were able to update the game’s many assets while keeping the experience largely the same.

That’s not to say all the changes were cosmetic -- they updated some of the game’s functionality that was exceedingly aged, and some do verge closer to a remake. According to Feral, small balance passes were made in every single unit in the game, and old problems of the original such as excess squalor in settlements during the late game have been “tweaked” out by “improving the logic”. 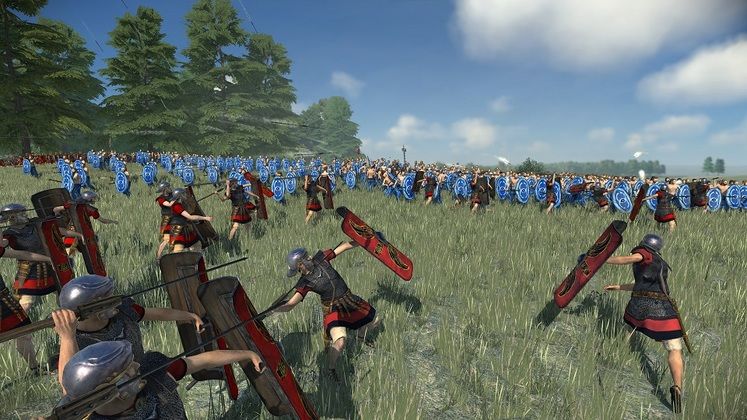 I was expecting the game to look like an old game -- which it does -- but I was also expecting the units to be ugly -- which they’re not. Total War: Rome Remastered includes a complete texture and model pass of every asset in the game, including units, buildings, and objects, and even environmental effects like dust clouds and heat haze are now a thing. Even the campaign map got updated models.

As a result, the units look really good in battle -- the Roman models, in particular, are amazing, thanks to a mix of armor and colour palettes that look like a more stylised version of Total War: Rome II models. While objects and buildings do look rather squared and old, the units are surprisingly modern. 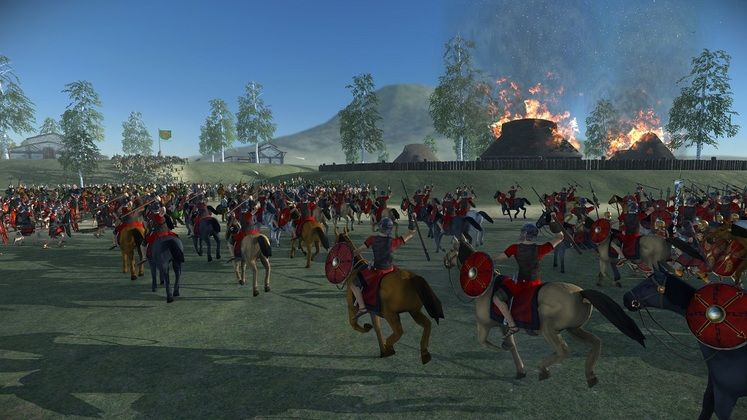 Although the remaster added things like a new tactical map, unit displays, and range markers to tactical battles, it did not do much when it comes to animation. Total War: Rome Remastered units may look like something from a few years ago, but the animations definitely betray how old the actual game really is.

The way units move and run looks quite dated, but nothing is as bad as the combat itself -- unlike Rome II, where units would push against each other with shields and engage in single combat, Total War: Rome Remastered combat is a very ugly, unpolished affair. Hundreds of units touch each other and just kinda hover in the general area, staring or touching others until someone occasionally tries to stab someone else. When that happens, people tend to die, but the whole ordeal is definitely not pretty to watch. Even cavalry charges don’t carry the momentum that my mind says they did. 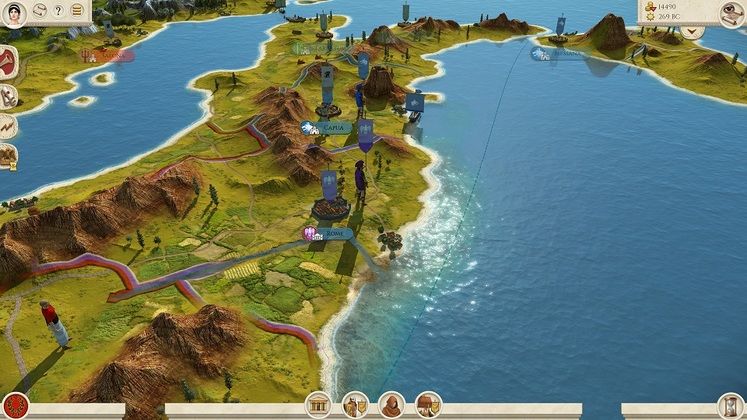 The campaign was one of the most affected parts of the remaster, including a new UI and new in-game camera that allows you to rotate the map and zoom farther than it was ever possible before.

At the same time, the campaign also got a nice new functionality pass focused on efficiency. You can now view and sort settlements in a list, choosing from variables like public order or population growth, which allow you to navigate your empire much faster. There’s also a new Agent menu that lets you easily find your spies and diplomats and send them on missions via a rudimentary hub, and the addition of heat maps to the campaign lets you easily see the world’s status at a glance.

Total War: Rome Remastered is still a Rome game, so Rome is the undefeatable champion it has always been in Rome I and Rome II. Most of the features -- including the fan-favourite division of the Italian Peninsula into the SPQR and three other Roman Houses factions -- are unchanged. 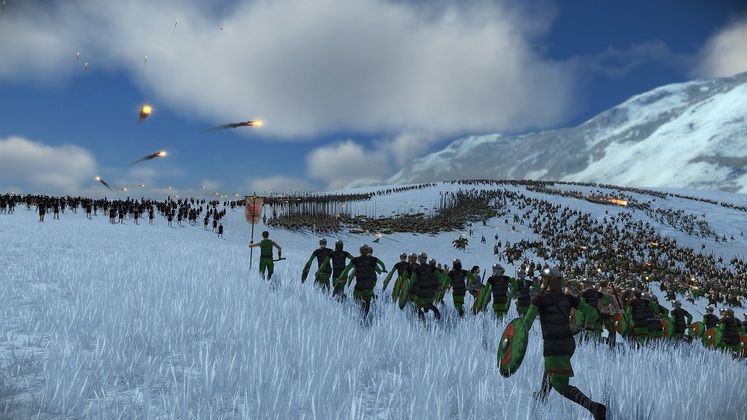 The original Rome: Total War included 22 factions, but the remaster upped that number to 38 playable choices. Feral added 16 civilizations that were previously only seen as AI-controlled players, allowing you a greater range of choices if you don’t want to play as the eponymous Roman Republic/Empire.

Those factions are all locked until you defeat them in battle once, but you can toggle a setting in the launcher that makes them available from the start. 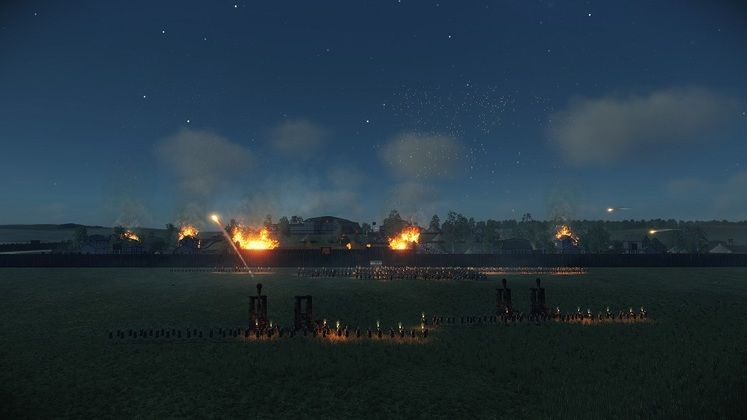 This would be acceptable in many cases, but given how dated Total War: Rome Remastered looks, it is not one of them and it’s really hard to stomach.

Among the remaster’s improvements aimed at modernising the game, there is a new agent type not present in the original game: Merchants. These tradesmen can be sent all over the world to create trade links and enable access to faraway resources, letting you increase your income.

Another interesting feature is the inclusion of soldier variant inside units, which stops armies from looking like clones of the same soldier. There’s even a concern for soldier ethnicities, which means that the soldiers you get change depending on where you replenish your armies’ casualties. It’s a small detail, but it’s awesome.

For the first time ever in a Total War title, you can now fight multiplayer battles between Windows, macOS, and Linux copies. Those skirmishes support between 2 and 8 players, but unfortunately, you can’t play the campaign in coop. Booo. 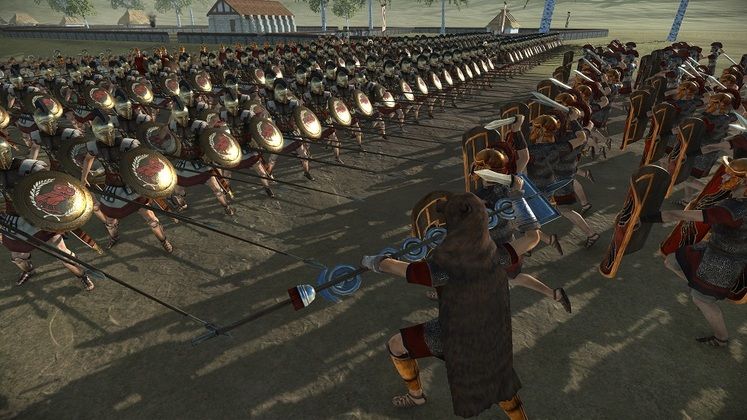 We all knew this was coming. Rose-tinted glasses play a big part in our remembrance of old games, and as someone who first got into Total War because of Rome I, I was definitely wearing those.

As good as the original Rome: Total War was, there's simply no way the game design would hold its own against a decade of iterations and improvements. Total War: Rome II was the last proper historical Total War before the introduction of unit health points and the weightless combat of Attila and Total Warhammer, and it remains the top choice to anyone looking for the ultimate Rome experience.