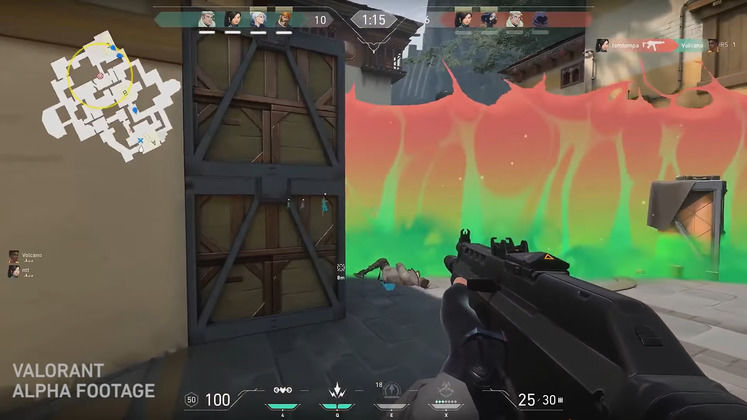 Here's everything you need to know about Valorant Twitch Drops and what you need to do for a chance at a closed beta key.

Valorant Twitch Drops are only one part of the process through which players can get keys for the closed beta. Luckily, the other steps require a small amount of effort.

Once you've signed in, click on the Check Your Status button or scroll down to the section in the image above. As you likely don't yet have access to the Valorant Closed Beta, you'll want to press the Link Accounts button.

This will take you to the Settings -> Connections menu of your Twitch account from where you can link your Riot and Twitch accounts. This is required for Valorant Twitch Drops to work.

After you've linked your accounts, pick one of the streamers playing Valorant that also have the Drops Enabled tag and watch them. Doing so automatically adds you to the pool of people eligible to receive a closed beta code.

Double-check that you're watching a stream with the Drops Enabled tag under the title – only certain streamers have them.

Watching streams without the tag will still show you how Valorant plays but doesn't come with a chance at a closed beta key.

You only need to watch Valorant streams with Drops Enabled for "roughly 2" hours to become eligible for a closed beta key.

Once you're eligible, you need to be one of the lucky people picked at random to receive Valorant closed beta access.

Developer Riot Games has revealed that "aside from server outages (when we pause new entitlements), throughout the day and night, we are constantly taking everyone who’s eligible for a drop and we give a percentage of them Closed Beta access".

Furthermore, you don't need to be on Twitch and watching a Valorant stream to receive your key.

If you're selected, you'll automatically receive both a Twitch notification and an e-mail letting you know that you can hop into the closed beta.

That being said, people with a higher amount of hours watched do have a higher chance of receiving a key, although they're not guaranteed one.

There's also a point at which hours watched result in diminishing returns, although Riot hasn't given specific numbers.

Lastly, the developer is letting people in at a rate that won't negatively impact servers or the overall Valorant gameplay experience.

As with any closed beta, there's a chance that some eager fans will receive keys at a later date or might not receive them at all.

Valorant is available now on PC in closed beta.