Developer Hardsuit Labs and publisher Paradox Entertainment today announced that the long-awaited Vampire: The Masquerade - Bloodlines 2 has been delayed past its initial Q1 2020 release date.

The title is now set to launch later in 2020, although there was no mention of another potential release window. This, likely, ties into the reasons Hardsuit Labs gave for delaying Vampire: The Masquerade - Bloodlines 2. 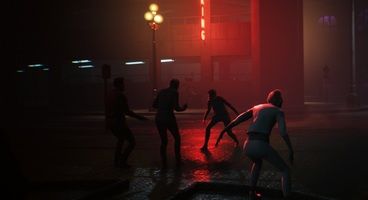 "There are some things we wanted to hit under all circumstances when we set out to follow in Bloodlines’ footsteps: A deep, branching storyline; fascinating and amazingly acted characters; the rich universe of the World of Darkness. We firmly believe that we’re on the right track to get you all of this.", the announcement post reads.

"On the flip side, there’s the responsibility to avoid some of the issues that plagued the first game, which was famously launched too early. Over the last few months, it became clear that to stick to our original date would risk repeating that mistake. We won’t do that. In the end, everyone working on this game wants to offer you the best Bloodlines 2 we can", it continues.

The original Vampire: The Masquerade - Bloodlines is known for the large amount of fan-made patches it required to reach a mostly stable state. Avoiding a repeat of that for the long-awaited sequel is a valid enough reason for the delay.

Developer Hardsuit Labs will be present at PDXCON 2019 which takes place this weekend in Berlin where it will be sharing "insights into the development of Bloodlines 2". Fans who won't be attending can keep an eye out on the announcement stream taking place on Saturday, October 21.