Today's announcement-packed Warhammer Skulls Showcase ended on a high note, with the reveal of Warhammer 40,000: Chaos Gate - Daemonhunters. Published by Frontier Foundry and developed by Complex Games, the long-awaited follow-up to 1998's classic strategy game puts players in control of a "personalised squad of Grey Knights".

Black Library author Aaron Dembski-Bowden is also on board, penning the story that fuels Warhammer 40,000: Chaos Gate - Daemonhunters' campaign. Players lead the Grey Knights in an effort to undo a plot aiming to infect worlds across the galaxy with a cosmic plague called The Bloom. 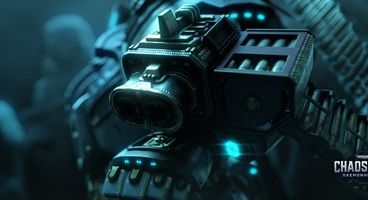 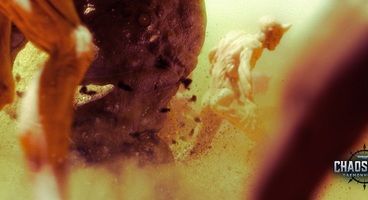 "Master a turn-based tactical game across a strategic, story-driven campaign. Choose powerful classes, wield incredible weapons and use the environment against an ever-encroaching enemy," reads an emailed statement from Frontier Developments. Unfortunately, that's also the full extent of what we currently know about the game.

Its CGI reveal trailer did show off the secretive Space Marine chapter's warriors, their impressive armor and weaponry – including the Nemesis Force Halberd and Storm Bolter – alongside a glimpse at a horde of daemonic opponents, very likely serving good old Papa Nurgle. A full cinematic trailer will be revealed later this year, in August.

Warhammer 40,000: Chaos Gate - Daemonhunters is set to launch on PC in 2022, through both Steam and the Epic Games Store. 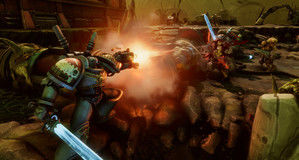