Beyond Flesh and Blood

Violence + Mechs = Beyond Flesh and Blood

Pixelbomb gave us the opportunity to try out its alpha build of Beyond Flesh and Blood. We should preface this preview by stating that what we saw is subject to change and may not be representative of the final build.

Set in a post-apocalyptic Manchester, players take on the role of engineer, Ethan Cunningham. In this godforsaken world, Manchester is the new capital of England. Yes, you read that correctly. Manchester. Sadly, London was destroyed in a nuclear explosion some time before 2281. Manchester houses the mech technology that is utilised by the main character, however this technology has become sought after by enemies. The game unfolds over twenty-four hours as you remotely re-explore earth 265 years into the future. 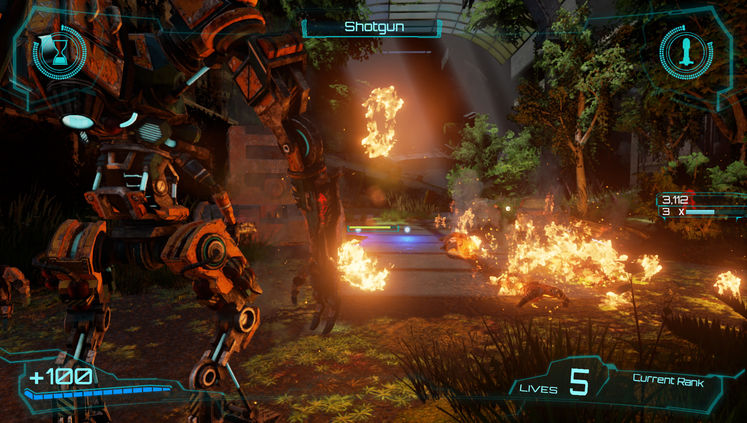 Ethan Cunningham is not on Earth. In fact, there’s no form of life on this planet as the human race has taken to the sky. As a result of these actions, humans must now remotely jack into mechs in order to experience life on earth (again). You won’t be alone on this experience, as mutating enemy threats along with hostile scavenger forces now roam the overgrown cities.

Beyond Flesh and Blood is a third person shooter with heavy mech elements. You will only ever walk on Earth as a mech. The primary mech we controlled during our short time with the game looked like it was greatly inspired by Dead Space’s Isaac Clarke. Unlike the gameplay in Dead Space, this mech had excellent mobility and speed as it double jumped and dashed through the level.

Beyond Flesh and Blood

Christian Vaz plays through 13mins of Beyond Flesh and Blood.

We were given three chapters of the game to play. The first chapter is the Aptitude Test. This chapter is intended to be very difficult and will result in you failing the test in order to progress in the story. The main objective in this chapter is to simply stay alive, killing enemies in waves as the level of difficulty increases. It’s here that we saw the power of the mech, including regenerating missiles, the ability to slow down time and even a ground pound. These attacks lead to some seriously gory scenes, as your mech dismembers enemies in a gruesome fashion. 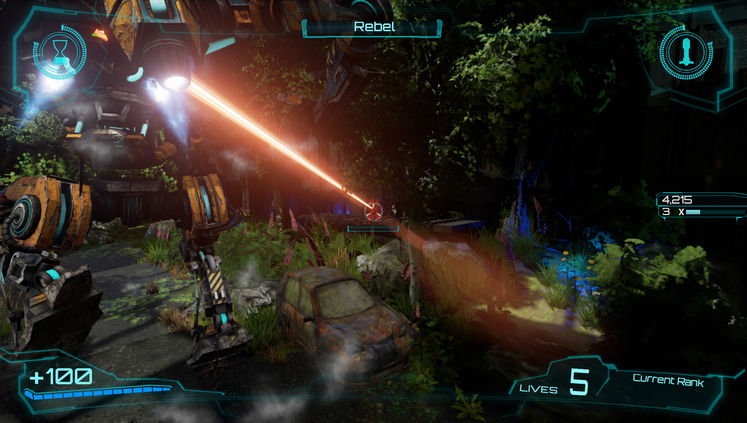 In the final chapter, you find yourself in a derelict metro station where you will have to complete a series of puzzle to progress. As your mech cannot traverse water, you must find a way to reach the upper levels of the station. This chapter had us hacking an electrical tower in order to restore the power back to the area. Again, the Welding Beam is utilised in this chapter in order to solve a puzzle.

While there hasn’t been any confirmation of mod support, this is a game that could potentially benefit from the community creating levels and maybe even mechs. We’d love to see what other creators would be capable of doing in Beyond Flesh and Blood’s environment. 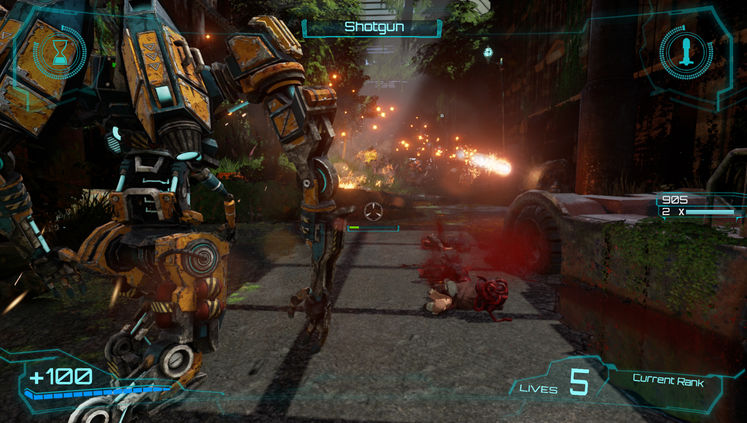 Our time spent playing the game was on an early PS4 build. It was clear that the PS4 version of the game struggled with the demanding engine, though we can’t see this being a major problem on a gaming PC. That said, this game is running on Unreal Engine 4 so it will definitely require a powerful machine if you want to see the best it has to offer.

We asked the developers for a rough release date but, at this moment in time, they aren’t too sure when it will be coming out. They only recently announced support for consoles but they told us it would most likely be their next announcement.

Beyond Flesh and Blood has an interesting concept, but that’s about all it has going for it right now. Everything about the game in its current state feels clunky and underwhelming. Pixelbomb want this game to be about using speed and skill to survive, however once you enter a mech, any sense of speed you once had is instantly removed. The combat lacks any real satisfaction to it. One of the best ways to kill enemies in this build was to melee them, yet the action of punching them until they died felt as lifeless as stomping on a Goomba in Super Mario Bros. 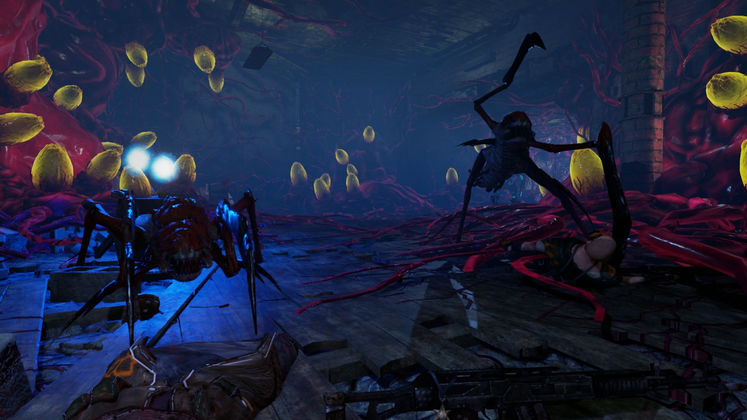 The puzzles weren’t actually puzzles at all, unless you consider pointing a Welding Beam at some metal junk to be a puzzle. From what we played, the puzzles seemed to be repeating themselves in order to delay you reaching the next chapter too quickly. Puzzles mainly acted as obstructions that you had to work around. Our time spent on chapter three (the metro station) was the most disappointing. The ‘puzzles’ had us going from A to B, then back to A, then back to B before making it half way to C. Anything that was supposed to add to the mysterious atmosphere was ruined as a result of poor puzzle design.

All of our problems could simply be a case of the game being early in its development. That being said, as of right now the game feels like a cheap mobile game that you would find on the App Store. We are sure these problems will definitely be addressed (well, we’d hope so) because if they aren’t, Beyond Flesh and Blood won’t live long enough to complete its planned trilogy of games.

Most Anticipated Feature: We want to see the game running on PC of course!

Beyond Flesh and Blood Essentials 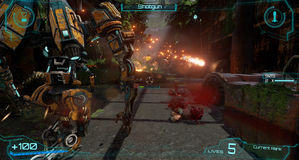 Beyond Flesh and Blood Review