Time for a second round of fantasy football

29 January 2014 | By Nick Horth 2
Blood Bowl, the video game adaptation of Games Workshop's cult board game, was fairly well received when it came out back in 2009. For the uninitiated, it was basically American Football played by the fantasy races of Warhammer, with added violence and turn-based strategy. Now developers Cyanide Studio are returning to the franchise with Blood Bowl 2.

Cyanide are happy to call the first game a success, but they also know there were plenty of areas that needed improvement. First and foremost? Accessibility. Blood Bowl was a popular title, but it lost a lot of players who couldn't get past the stat heavy menus and punishing learning curve. The aim with the sequel is clearly to hook a wider audience by guiding them in gently and hooking them with improved gameplay and presentation.


The first thing you notice off the bat is that Blood Bowl 2's visuals have clearly been a major focus for the development team, both on and off the field. Animations are better, textures are sharper and lighting has been dramatically improved. Menus are crisp and simple, presenting necessary data concisely without clutter. Player cards are no longer an incomprehensible jumble of numbers; instead each player has a star rating, favoured position and a list of special abilities they possess.

In fact the entire presentation, stretching to the match-day experience, is much slicker than the original, much closer to the obvious sports game influences. Like a Madden or FIFA title, you'll see plenty of mini-cutscenes during a match – cheerleaders egging on the crowd, referees breaking up fights, that sort of thing. Action cameras follow key moves, the camera switching to an over the shoulder view as your player makes a daring dash through the opposition line. Oh, and the grass looks very nice too. Welcome to the next generation, people.


Unsurprisingly considering this is a Warhammer offshoot, there's also a gleeful close-up whenever a player gets clotheslined by a member of the other team. There were lots of slow-motion shots of trolls punting unfortunate human runners across the pitch, orcs smashing elves to the ground and so on. The sadist in me hopes that the development team add some more imaginatively violent tackle animations. Punching is all well and good, but this sport is called Blood Bowl after all. I want to see eye-gouging, hair-pulling and groin-focused discouragement.

With an eye on the growing popularity of e-sports, Cyanide are adding a robust suite of multiplayer options, with customisable leagues, tournaments and individual match-ups. Matches can also be viewed in an online spectator mode; the studio want the audience to feel like they're watching an NFL game with cinematic camera-work and a crisp interface.

Whether you're sticking to solo play or trying your hand at multiplayer, the developers are promising plenty of opportunities to customise your club. On the basic side you'll get to choose your team's jersey colours and flag, but once you've earned enough renown you'll be able to upgrade your stadium into a huge colosseum with rabid fans dangling from every rickety stand. I only saw a huge but hap-hazardly constructed orc stadium on show, but if the original game is anything to go by we'll probably see building styles from all the major races.


The aim is to make Blood Bowl 2's solo campaign more involving than a straight up season mode. In it you take control of the Reikland Reavers, a legendary title-winning team, in the years before they reached such giddy heights. You'll start off as third rate also-rans, gradually gaining prestige and points until you're challenging the biggest teams in the Blood Bowl universe. The solo mode promises in-depth customisation of the club; in addition to buying new players and winning matches you'll be upgrading scouting facilities, renovating the rickety stadium and building your backroom staff. In addition, Cyanide are promising that each season will play out very differently thanks to randomised events and match schedules. Think of it as Football Manager meets Warhammer. If that concept doesn't sound intriguing to you then I don't want to know you.

It's very early days still for Blood Bowl 2, only a few months into production, but the signs of improvement so far are encouraging. It looks like the team are taking on board the constructive criticism they received over the impenetrability of the original Blood Bowl, and their canny focus on setting the game up for e-sport competitions makes sense given the growing popularity of those events. Solo players aren't being ignored either, with the promise of a lengthy and deep story campaign. We'll just have to wait a little longer to get our hands on a playable build and find out whether the on-field action feels as good as the updated presentation looks. There's no planned release date being bandied around so far, but expect further information in the coming months.

Most Anticipated Feature: Bullying humans and throwing goblins around with a internationally renowned team of hulking ogres. 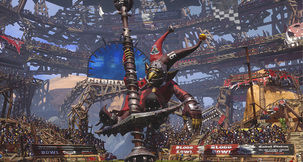 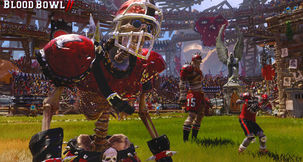 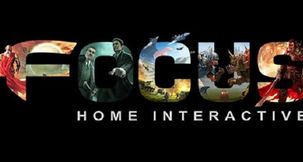 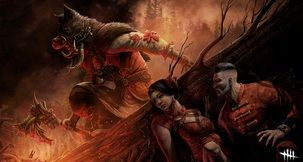