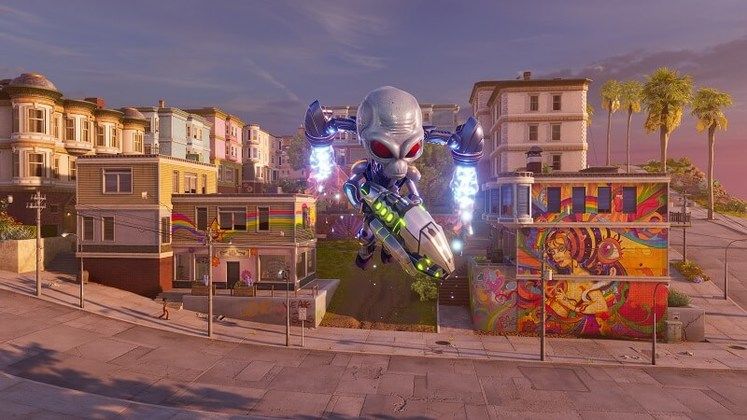 Our first look at Destroy All Humans! 2 - Reprobed - during a recent press event ahead of THQ Nordic’s 10th-anniversary showcase - kicked off to the sound of Rammstein’s Amerika, as protagonist Crypto traveled across Earth kicking off a party in between the odd abduction or two, before headbanging alongside a massive kaiju. Although a cinematic trailer, its blend of old-school humor and modern-day visuals pretty much reflect what developer Black Forest Games aims to achieve by bringing back the second entry in the series.

By the developer’s own admission, Destroy All Humans! 2 - Reprobed is a “full remake,” which means that it went about “building the game anew from scratch.” The old title’s DNA is still there, in the story, overall design, and voice-overs but this new version looks better, runs smoother, and features slight differences where necessary. 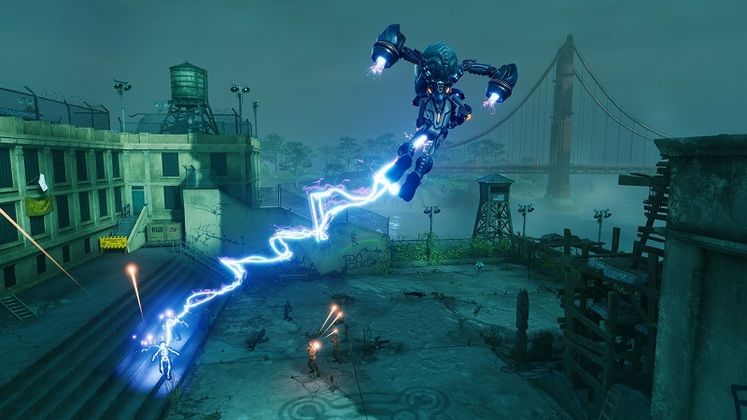 From there, we dipped into 9 minutes of pre-alpha footage, which highlighted the title’s levels as well as the gadgets Crypto gets to use this time around. Destroy All Humans! 2 - Reprobed takes players to multiple locations across the world, from the San Francisco-inspired Bay City, to Tunguska (USSR), Albion (London), Tokyo (Takoshima), and the Moon itself.

The levels’ environments were not just rich in detail, but switched up their moods quite a bit – from fog-covered London to the green parks of Bay City or the snowy landscapes of Tunguska. Exploration is only a small part of what you’ll do and Crypto remains a lean, mean, laser-blasting machine, with psychokinetic abilities, a handy jetpack, and his own personal flying saucer.

The sequel actually updates the UFO’s damage model, making the fires caused when hitting buildings with its weaponry expand to different sections before the structures collapse. Buildings crumble more smoothly than before, which was surprisingly satisfying to see. The saucer also boasts a Slurpmaster ability, that’s essentially an upgraded version of the abduction beam. Using it, you can suck up helpless humans, which you can later use in the gene blender to unlock upgrades. 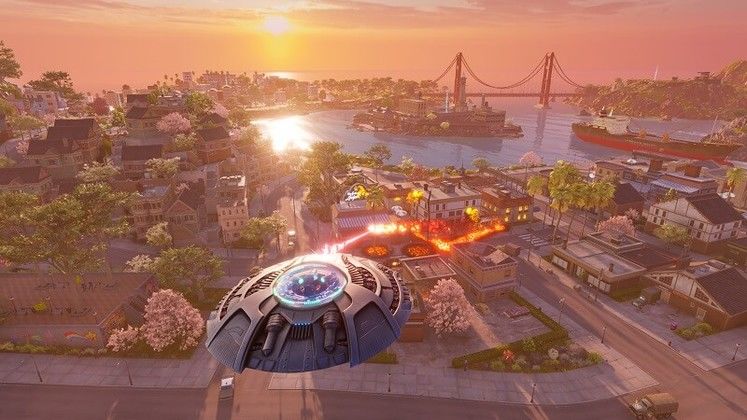 The Dislocator dispatches its targets by making them bounce around at very high speeds, while the Meteor Strike calls down literal meteors from orbit, damaging enemies caught in its multiple areas of effect. The Gastro Gun then fires a turret manned by a hologram of former space janitor Gastro himself, while the Burrow Beast launcher shoots out projectiles that act as bait for giant subterranean monsters. 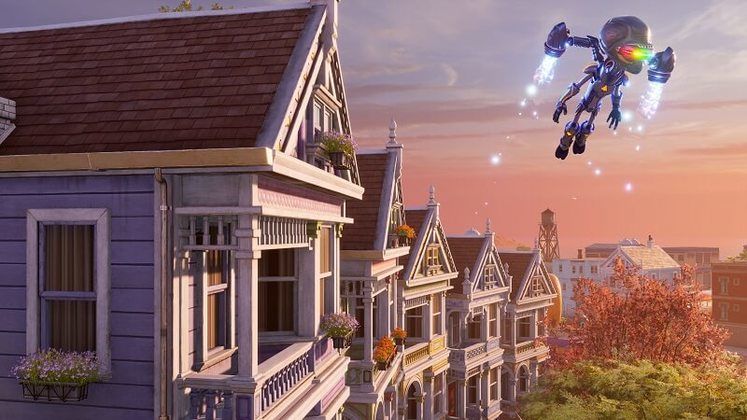 The developer also acknowledged that the Dislocator wasn’t everyone’s cup of tea in the original release, which is why Destroy All Humans! 2 - Reprobed changes it a bit. Most notably, there’s a new system that lets you better aim and angle your shots, a line clearly connecting to the target and showing the projectile’s trajectory. The gameplay footage also revealed a secondary fire mode that lets you fire multiple projectiles that you cannot aim with precisely, but which compensate through fairly large explosions.

Crypto’s Free Love ability previously let him prompt everyone nearby to dance at the press of a button, which the developer felt was a touch too powerful. The remake makes it hit targets in a fairly wide area in front of the protagonist but requires reaching a certain threshold if you plan on getting a hippie dance party going. 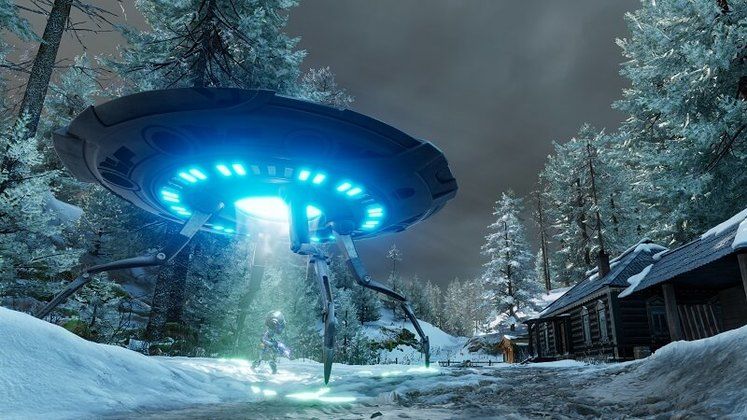 Body Snatch also returns in Destroy All Humans! 2 - Reprobed, letting Crypto disguise himself as nearby humans, blending in and gaining access to otherwise restricted areas. Psychokinesis (PK) Slam also receives a special mode that lets you grab an object and repeatedly bash people’s faces with it, saving you the trouble of immediately having to pick up a replacement.

Motion capture was used to improve cutscenes and should, alongside the game’s vibrant art style, bring its goofy take on the Swinging Sixties to life. Destroy All Humans! 2 - Reprobed doesn’t yet have a release date but will also feature split-screen and co-op modes when it arrives on PC, Xbox Series X/S, and PS5. 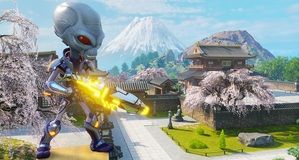