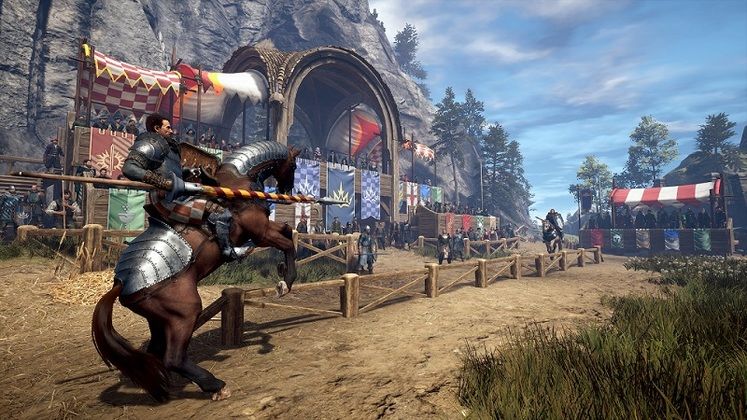 Released two decades ago, the original King’s Bounty laid the groundwork for the Heroes of Might and Magic series of turn-based strategy games. While the latter overtook it in terms of popularity before slowly sizzling out, a well-received revival in 2008 – King’s Bounty: The Legend – alongside four subsequent games proved that there was still a fanbase waiting for more. Next year, King’s Bounty II is preparing to usher in the series’ third generation of titles.

A direct sequel to the 1990’s game, King’s Bounty II retains much of the turn-based tactical core that it and its remake are known for, but also looks towards modern RPGs for inspiration. Earlier this week, we got the chance to see it in action, as part of a hands-off demo session organized by publisher Deep Silver and developer 1C Entertainment.

The demo began with the game’s tutorial sequence, which sees its hero freshly released from prison. King’s Bounty II’s biggest change is obvious right off the bat, the hero being able to traverse the game’s open world on horseback, only this time from a third-person perspective.

As players move around, they can interact with different objects in the world and talk to NPCs to learn more about them or pick up quests. 1C Entertainment CEO Nikolay Baryshnikov explained that this shift came from a desire to push things closer to modern AAA games and target multiple platforms.

It wasn’t long after this introductory moment that King’s Bounty II revealed a more familiar side. Its first tutorial battle, fought against a meager pack of wolves, moved the camera to an isometric perspective. Before each battle, players can analyze the tactical screen to get an idea of the clashing armies’ composition and their troops’ morale.

Like in previous entries, having units belonging to races that can’t stand each other will result in poor morale at the very start of combat. If a fight is too tough, this screen also lets you retreat and return when you’re more prepared. 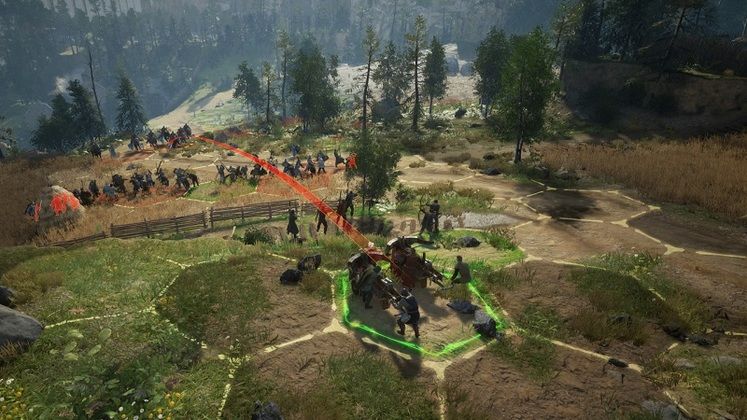 The first stage of any combat encounter in King’s Bounty 2 lets you rearrange your troops formation. Units are still represented by a handful of models, each occupying a hexagon. If, for example, you have vulnerable ranged units, you can place stronger melee fighters in front of them, to make sure the enemy doesn’t have an easy time taking them out.

Every unit can perform two actions per turn: move and attack. You can also upgrade them up to level 3 by winning battles and keeping them alive. Doing so helps them gain new tactical abilities – both active and passive – which can change their gameplay style and the options available to you in combat.

The King’s Bounty 2 demo featured segments from both early and late game, and we saw a decent amount of unit variety. They ranged from standard sword and board troops to horse riders, powerful golems, units capable of healing their allies or casting fire protection spells, alongside archers able to fire acid arrows. 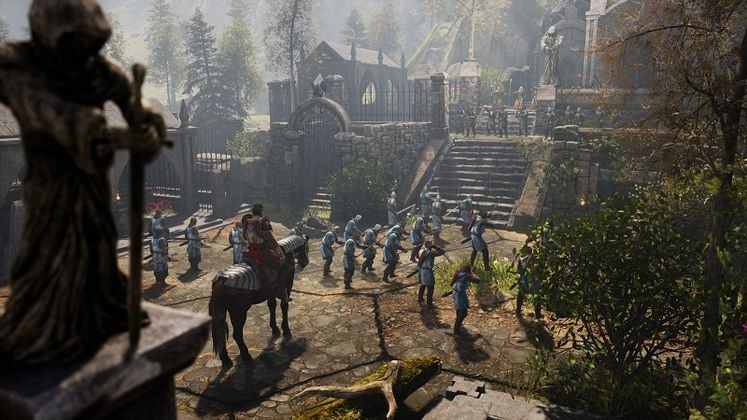 Quests can also see temporary allies aiding you in tougher battles or grant special units that further enhance your armies. Interestingly enough, battle arenas replicate the actual terrain of the open-world location in which they’re initiated.

They’re also no longer flat, featuring all manners of 3D obstacles that can block line of sight and unit movement. Archers, for example, gain an advantage when firing from high ground. Positioning, however, isn’t everything – buffs and debuffs alongside knowledge of resistances also play into emerging victorious.

Each army in King’s Bounty 2 has a leader and, while present on the battlefield, they don’t actively participate in battles. Instead, their presence gives their soldiers buffs and increases their stats. After a fight’s conclusion, you return to the tactical screen where you see the experience gained, casualties and rewards. 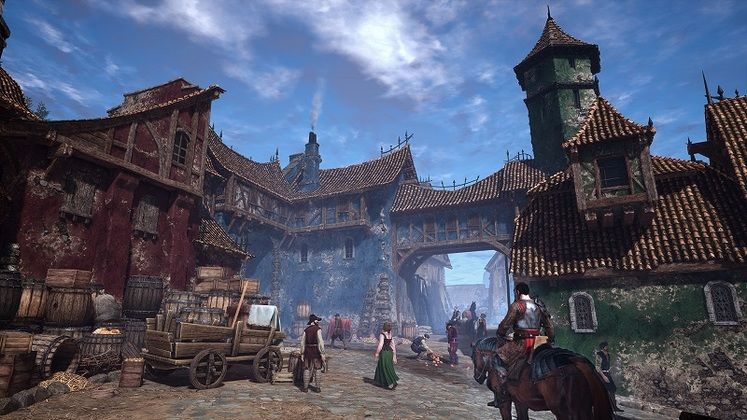 But turn-based combat is only a part of King’s Bounty 2. Baryshnikov said that players can spend as much as 70% of the time roaming around the map and the team encourages doing so, as it crafted interesting places to visit and dozens of side quests – both short and long – to experience.

The majority of quests can be solved in different ways, your decisions affecting the entirety of the game world. Major quests, in particular, will require you to pick sides. Quests can also appear and disappear depending on your actions, contributing to replayability.

As you venture across the world, you’ll also have to solve environmental puzzles. The one we got to see during the preview involved finding the broken arms of a statue – conveniently placed on the ground near it – which then raised a platform, granting access to a chest filled with loot. 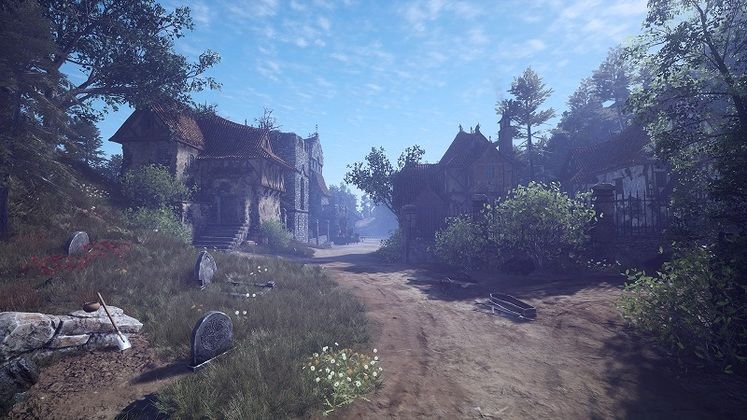 It was rather basic, but we were told that more difficult puzzles await in other locations, hidden levers being mentioned at one point. Sometimes, you’ll find yourself unable to complete quests that reward powerful items without first solving their puzzles.

King’s Bounty 2 will feature three hero classes, each having their own story. We got a look at the warrior, who’s able to field the largest armies but can only use magic through scrolls. On the flipside, warriors only have to worry about the main currency: Gold. The other currency – Mana – is a precious resource when you pick a spellcaster as your class.

Your class choice also affects the approaches you can take to completing quests. At one point in the demo, a pack of golems blocked the warrior’s way. Without access to magic, fighting them was the only option.

You bolster your armies by purchasing troops from vendors found across the world. The location you’re buying them from determines the available types. 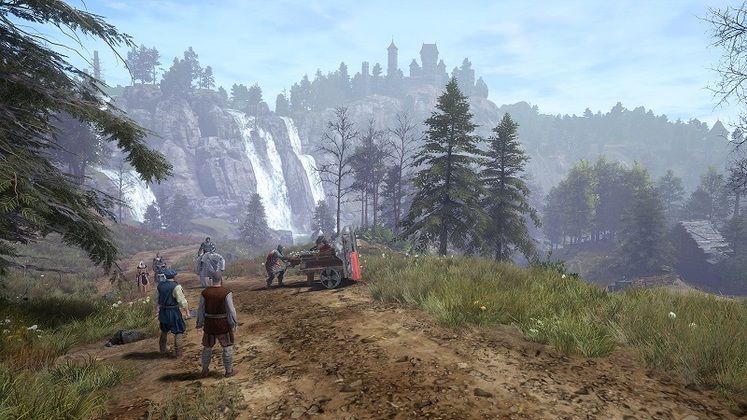 You’ll be able to mix and match a variety of units belonging to different races but, as mentioned before, you’ll have to keep an eye on morale and determine whether having a dragon or a zombie’s abilities is worth taking that hit.

Vendors can also sell equipment that enhances your hero’s stats and, subsequently, the effect they have on their troops. Characters in King’s Bounty II can align themselves with one of four Ideals: Strength, Art, Order, or Anarchy. Your choice determines how factions see you and completely changes fights, battles and quests, according to Baryshnikov.

Picking more talents in the Order tree makes factions aligned to it communicate to you in a friendlier manner, giving you more quest options. If you fancy Anarchy, assassins will like you more, potentially letting you skip some fights.

Ideals also impact your troops, giving them special abilities. The more points you put into an Ideal, the higher the tier of abilities you get for yourself and your units. Conversely, stretching yourself thin might result in not obtaining their most powerful version. 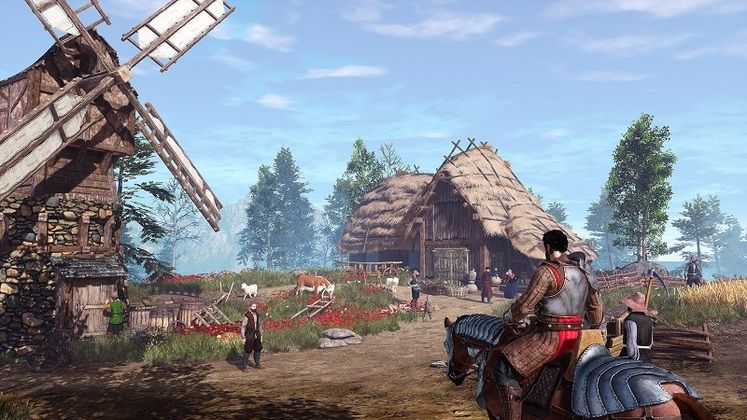 King’s Bounty II remains a story-driven singleplayer experience and its development is progressing well during the pandemic. Voiceovers in English couldn’t arrive in time for the demo, but that wasn’t an issue.

Visually, there are clear graphical improvements over its predecessors, especially when it comes to the unit and building models. The demo did, however, have its share of low-quality textures, rough animations, and frame drops.

This was likely due to it being part of an in-development build. Baryshnikov did say that the game is content complete, with the remainder of development focusing on adding polish to the experience, including high-definition textures. Hopefully, these issues will be sorted out by release.

He also told us that King’s Bounty II takes around 40 hours to complete, going by in-studio testing, although that is likely to vary in the hands of gamers. There currently is no word on whether the game will launch with mod support or not. 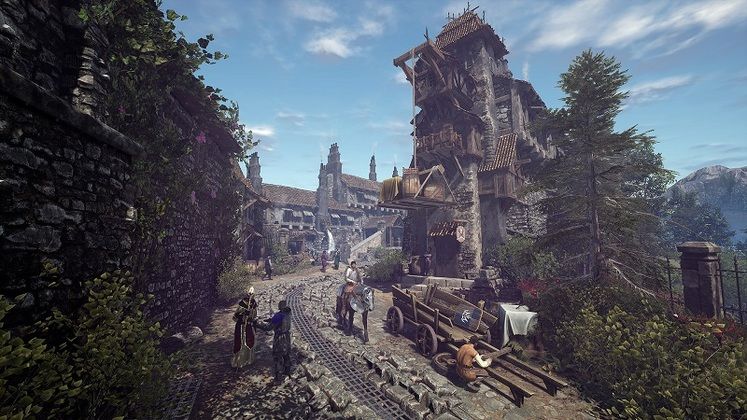 Our first good look at King’s Bounty II revealed a promising turn-based strategy game that sticks to what made its predecessors so fun to play while also adopting more modern elements.

Traversing the world in third-person and jumping into cinematic cutscenes at important points during quests is a welcome addition. It has the potential to flesh out the world and story in a way that previous games didn’t quite manage to, especially if the developer irons out the technical kinks present in the demo.

If the right balance is struck, King’s Bounty II could be perfect for both series’ veterans and newer players that grew up with third-person RPGs like Dragon Age or Mass Effect. We’ll get to see just how well it works out when King’s Bounty II launches on PC, Xbox One, PS4, and Nintendo Switch in March 2021.