12 March 2013 | By Joe Robinson
The original Payday was an interesting, if limited co-operative first person shooter that really explored what you could do with a singular theme like robberies and organised crime. You could take hostages, using them as re-spawn currency should one of you actually get shot or something, you could use stealth in certain levels to avoid hostile conflict all together, and the jobs you took were varied and random, although we’ll admit a lot of them were pretty samey, apart from the Diamond Heist in the last level. Now Overkill are working on the sequel, and with the help of Starbreeze studios and 505 Games, they hope to bring you a bigger, better payday.

The aim with Payday 2 is, by and large, just to enhance the experience you got in the first game. They’re not looking to reinvent themselves – generally they were happy with the first game – but they recognised that there were areas they could improve on. For example, the cash you earn in doing jobs actually means something now, instead of just being a de facto score with which to measure how long and how well you’d been playing. The game has its own economy now, where you can buy new weapons, buy attachments for those weapons, and even invest in jobs by buying assets that will make things easier – acting as a trade-off between profit margins and difficulty.


You earn money through a variety of ways – obviously there’s the pay-out for completing the mission, but you can also get bonus cash by stealing non-critical items, bagging up bodies if you have to kill anyone (apparently, Payday 2 sets the cost of a human life at $1000) and so on. In fact, if you fail the mission objective, and thus the mission, you may not get the big payout, but you get to keep all the money you earned during the mission through other means. In this sense you can ‘complete’ missions without actually completing missions, and if you think things are going to go south, you can just go for broke and take as many valuables as possible so you’re not leaving empty handed (and still in profit if you happened to buy assets).

The mission structure is also radically different. For starters there’s a change to the UI so that instead of just going through a bland menu, you’re looking at a map of the city. Missions pop-up and disappear as time goes on, and in response to other missions, and it makes the whole experience that much more engaging. The missions themselves are also broken up into phases, so smaller chunks of gameplay but – for the longer missions – can lead to a longer time over all. These ‘phases’ can involve a variety of scenarios, so you get more diversity within individual missions. One example we were quoted was an art theft in one phase, selling the art in the second phase, and then robbing the seller’s house in the final phases. There are some mission with over five phases as well, and random phases can be thrown in. For example, during a mission that involves a drugs heist, you can get stopped and surrounded by the police, and you have to shoot your way out as well as saving as much of the merchandise as possible.

This level of randomisation applies to the individual phases themselves – something that was carried over from the original game. Movement patterns of staff and security guards, whether there’s police near-by, the location of mission critical objectives if there are multiple locations... They’ll tell you that no two mission run-throughs will ever be the same – take that with a pinch of salt. They’ll be differences but there’s only so far it can go. It’s still a good sign though, and together with the other improvements Payday 2 is already looking like it’s going to be a better game. There are also plenty of objects within the environment you can use to your advantage, like setting up barricades, and some of these are tied to classes.


The skills system has also been completely revamped – there are now four distinct trees/classes, and each one has a very specific role within the team. As you gain XP and go up through the levels, you unlock new skills and abilities. In total, you can max out one tree and have some points to get some low-level unlocks in other trees, but by design it's restricted so that players are forced to co-operate with others of the right skill set.

Last but not least, gamer’s will be pleased to know Payday 2 is coming to Xbox 360 now as well via XBLA. Given the cost of patches ($40K for the PS3, Microsoft is a similar number), the console versions are still going to have the same problems compared to the PC version, but Overkill have mentioned they’re looking keenly at the PS4 and some of its rumoured self-publishing options. For now though, you’ll have to keep an eye out for Payday 2 on PlayStation 3, Xbox 360 and PC later this year.

Most Anticipated Feature: Seeing how varied the levels can get. 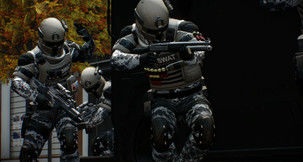 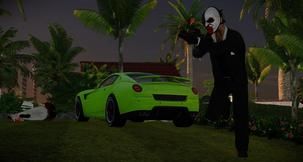 Is Scarface Enough To Revive The Reputation Of...