Alex Donaldson gets an updated look at Sleeping Dogs

16 March 2012 | By Alex Donaldson
When I look at Sleeping Dogs, formerly 'True Crime', I'm not entirely sure why Activision dropped it. Picked up by Square Enix London Studios, renamed, rebranded and rebuilt, the game looks a hell of a lot better than the last time I saw it with Activision.

The true story behind Activision spiking the game and its subsequent rescue by the folks at Square Enix is likely not to be told for many years, but playing the game in Square Enix's London-based offices drove one point home: It doesn't really matter. The intended reboot for True Crime is going to see the light of day and is a vastly improved game over what it was the last time I saw it.


Sleeping Dogs is by design a jack of all trades. It's an open world game styled after Grand Theft Auto like the rest of the last-generation series that birthed it, but the team has highlighted a key problem with open-world games - that they're always more than the sum of their parts. That is, of course, a good thing - but what if the aim was to make each of the individual parts better, so it can compete with the best in that category?

The idea is simple, one of the Square Enix London Studios Producer explains to me. What if the shooting was as high quality as Gears of War, the driving and racing as fully-featured as Need for Speed and the hand-to-hand combat as solid as Batman: Arkham Asylum?

Indeed, it's this logic that led to Square Enix seeing the game as a perfect opportunity for them. Arkham Asylum was a game they marketed as Eidos, whilst the over-the-top shooting and driving action bears more than a passing resemblance to Just Cause 2.

At one point, I jump from a speeding motorcycle to a car I'm chasing in a smooth movement, jacking the car in the process. All leading man Wei Shen needs at that point is a grappling hook and a parachute and he could be overthrowing foreign dictators in no time.

Despite that similarity Sleeping Dogs isn't that kind of game. Wei Shen pulls off some pretty awesome looking moves, but everything here is grounded in a sense of reality. I use the word sense because Sleeping Dogs' world isn't entirely realistic - it's quite deliberately based off Asian gangster movies and culture. That means there's plenty of 'John Woo' moments like slow motion action sequences, massive chases, and ten-on-one man fights.

We saw a cross-section of the story, and the standard open-world structure applies here. Early on Wei Shen will have small, poor looking safe houses and cheap cars in his garage. Later on he'll have massive penthouse suites that you can decorate and expensive sports cars. Jacking any car in the world is totally possible, too.

The twist in the tale is that Wei Shen is an undercover cop. He pushes the boundaries to maintain his cover, committing crimes himself, and the story appears to be focusing on the interplay between Wei Shen's duties as a policeman and his loyalties to his new gangster friends.

It's a classic mobster movie trope, and it appears to be well-played here. The story sequences looked pretty good and had solid voice acting. While I didn't hear any recognizable voices, I'm told there's some Hollywood talent in the game including Lucy Liu.

The pursuit of making gameplay as high quality as individual genres has led to some interesting features. Shooting does feel like a typical third person action game, with Wei taking cover behind stuff and able to blind fire and aim down the sights to hit enemies who also use cover liberally.

Vaulting forwards over cover will dilate time some, allowing you to pop dudes with accurate shots in your own mini John Woo moment. This simple design choice gives a sense of mobility to the combat, too - it's often better to vault forward and keep pressing forwards than it is to sit behind cover and take pot shots, and that's a great idea.


There's some weird choices with the shooting, though - having cover on LB/L1 seems like bizarre choice over the A button, and in general the controls don't feel as tight, snappy or responsive as they do in a proper third person shooter yet. United Front still has plenty of time to fine-tune the controls of the game, though.

Driving seems pretty standard, though a race mission I played did feel a little more like a traditional racing game than race missions in other open world titles. There's one cool mechanic, a shunt - accessed with a simple command, you can make the car automatically lurch left or right, perfect for slamming opponents off the road. It's a shamelessly arcadey mechanic, but in this game it fits.

The star of the show in Sleeping Dogs is definitely the hand-to-hand combat. Working with a simple system of having four commands - Light Attack, Heavy Attack, Grapple and Counter, the system does start to resemble Arkham Asylum a bit. I found myself waiting for enemies to come in on me, countering them and then laying down a flurry of attacks to hurt them.

Some enemies might be immune to grapples or extremely proficient at blocking attacks - symbolized by iconography at their feet - and so how you approach these enemies will differ to the normal goons. It also allows for a little bit of combat variety in a game that's all about fighting humans.

When somebody is in your grapple areas of the environment will light up red. This is where the Jackie Chan fights of Hong Kong cinema show their influence - fights that use anything available. At one point I slam a dude's head through a thin piece of plywood in a construction site. Another guy has his face pushed into an air conditioning unit on the rooftop of a building. One poor goon is slammed into live electrical wires.

These kills often get brilliantly, terribly brutal. When you see a circular saw lying around, you know that if you get a grapple and drag an enemy to it, something awesome - and possibly disgusting - will happen. There seem to be a lot of these environmental kills, and even when there isn't a cinematic one around the game is very good at sensing where walls and other objects are that Wei can slam somebody's head into.

Long story short, it's incredibly satisfying. While the shooting left me wanting and the driving still felt in need of polish, the hand-to-hand combat provides the template of quality that the rest of the game needs to shoot to obtain.

One of the nicest touches is how seamless the transition is between the shooting and melee. Up close the camera angle is different, the game performs differently - but if you pull a gun or disarm an enemy, taking their gun, the game seamlessly transforms into a third person shooter.


The smoothness of that transition speaks a lot to the ambition of United Front Games in Sleeping Dogs. As they say, jacks of all trades are in the end masters of none - but it's questionable if it's possible to be a master of all trades, no matter how ambitious you are.

Sleeping Dogs still needs a layer of polish before it's ready for public consumption at the very least, but what was important to me about seeing and playing it was the confirmation that this game is vastly improved from when it was True Crime. Its ambition is admirable, and if that can be marshalled correctly it could end up being one of the most interesting open world offerings in years. 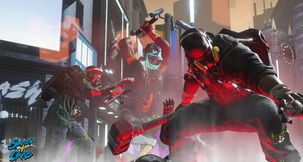 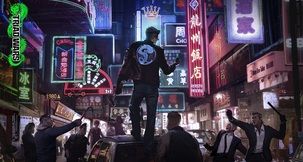