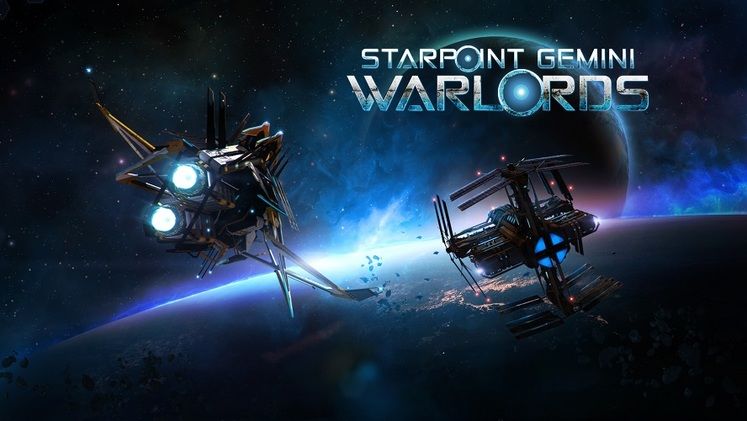 Iceberg Interactive has a packed year of sci-fi fun ahead of it with the likes of 4X strategies like Stars in Shadow from Ashdar Games and Dawn of Andromeda from Gray Wolf Entertainment well into development, but Little Green Men Games is also hard at work on the latest of their enjoyable free-form, sci-fi RPG series Starpoint Gemini Warlords. At PAX South, Iceberg was kind enough to let us have some personal time with this title and get a taste of what goes into taking over and maintaining our little piece of the galaxy.

Starpoint Gemini Warlords has you taking over the role of a captain flung from their high rung of control and falling among the scraps of an unforgiving universe. From the bottom, you get your hands on a small agile gunship and begin to make your way up, taking on freelance work to appease and gain footing from various factions in various sectors. Starpoint Gemini has always been a series built upon free-flowing RPG and procedurally generated quests in a living, moving universe, but this time around, where you’ve been can be just as important as where you’re going. 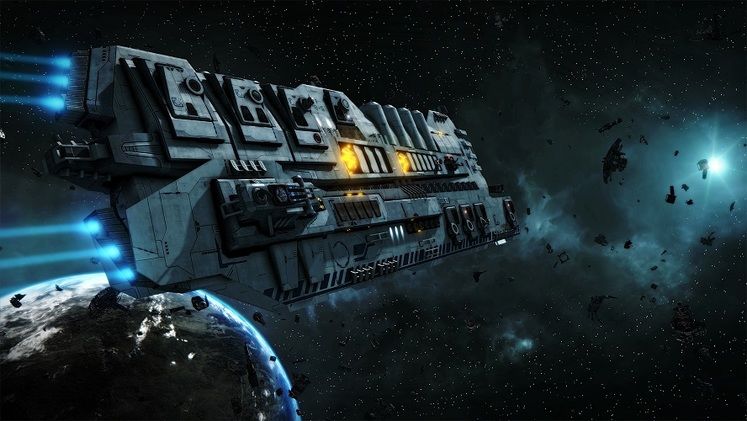 Taking what's yours is just one part of the equation. Now you have to defend it.

In Starpoint Gemini Warlords, it’s up to you to make the friends and allies you need to lay claim to various regions of the universe among warring factions. These places serve as your bases and it’s on you to collect the resources you’ll need to keep your enemies from taking control back and destroying what you’ve established. Building defenses, researching new tech, recruiting pilots, procuring a fleet of ships, and responding to defensive needs of your territory while continuing to push your boundaries are just a few of the things you’ll see to on your rise back to prominence in Gemini. In the demo, we controlled a small section of space while an enemy controlled their own section bordering our own. Flying from place to place saw us occasionally butting heads with that enemy. In one encounter, they attempted to destroy a convoy of cargo ships in our sector. Meanwhile, we had the opportunity to collect some resources and deliver them in order to upgrade our ship’s loadout and our station’s integrity in order to do greater things.

You certainly can’t do it alone in Starpoint Gemini Warlords, but the character you create will be just as one to be reckoned with as ever. From the beginning, we chose certain characteristics of our captain as well as a starting ship. The demo we played put us in around the level 20 mark with a frigate to match our state. The one we chose was completely built towards close range skirmishes with abilities like area-of-effect pulls that brought enemies close, area-of-effect electro-bursts, a powerful shrapnel gun, and a ramming ability. Compare this to another ship that handled many more explosive options with homing missiles and the like, allowing for variance of play. In fact, Warlords is slated for around 90 unique ships each with their own style and capabilities in addition to the light and heavy weapons that can be loaded on most ships. 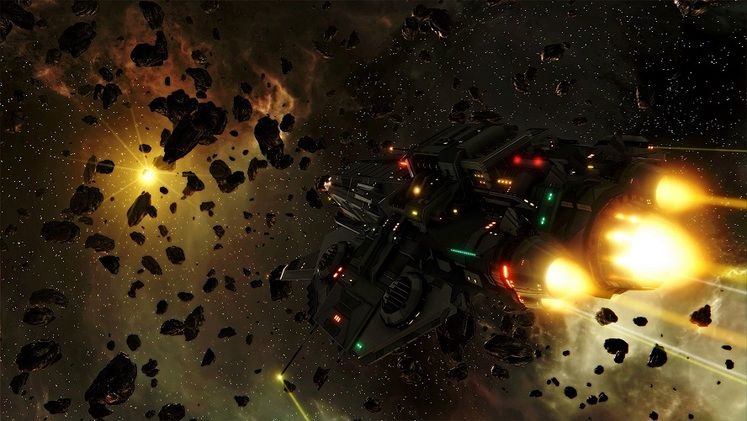 Deciding what to bring to the battlefield is important. Large ships won't fare well in an asteroid field.

Combat plays out in similar fashion to previous Starpoint Gemini games in regard to the way you handle weapons, movement, and abilities. Ships have directional shielding and armor and it’s in your best interest to ensure that a weakened part of your ship is never exposed to your enemies as you maneuver around them sending mixed volleys of your equipped loadout and abilities. Of course, though Starpoint Gemini has offered you allies to lend a hand in the past, Warlords is built towards a grander scheme where everything from one-on-one duels to grand fleets can do better for superiority in the depths of space. At one point, we found ourselves in a skirmish of around 20 ships of various classes battling it out. The game handled this just about as well as any one-on-one duel in our demo.

As much fun as we had taking our ship out to deal with disputes in the demo, we were also impressed with the sheer variety of possibilities both presented by the game and those which we created on our own. Little Green Man has always been a fan of the procedurally generated journey, but this time around we also get the option of a story to lock things down with as well. Warlords’s campaign features an extensive journey taking off from the end of events in Starpoint Gemini 2 and within it, you’ll be teaming or battling with familiar friendly and hostile factions and making difficult, branching choices as you attempt to stabilize your corner of Gemini. 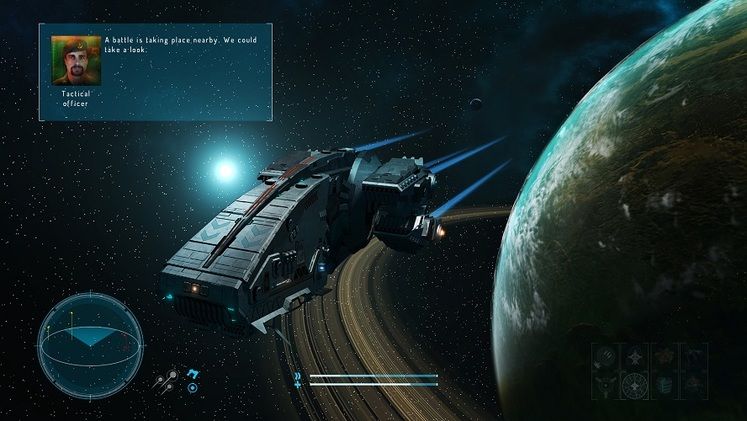 Take on an extensive story of branching paths or carve your own freeform path in Conquest Mode.

If you don’t feel like being tied down by a story, Warlords also features a Conquest mode which will allow you to do your own thing and scour the universe at your own pace in the free-form style players of previous games might be familiar with. Whatever your preference, Warlords has a lot to offer between customizable bases, research, faction interaction, and even a painting option with which to customize the color and style of your ships to your heart’s content.

Our time with Starpoint Gemini Warlords gave us a lot to be excited about. Commanding segments of the galaxy and giving a sort of light 4X flavor to the free-form RPG style that Starpoint Gemini is known for is looking like a great direction for the series. The universe is always chock full of surprises, but the concept of taking control of parts of it and defending your assets from those surprises in addition to exploring them is a nice, new wrinkle to the old formula. And with mod support in the Steam Workshop already available, the journey will only continue to become more interesting and varied with the help of the creative community. At PAX South, we conquered our own little corner of Gemini. We look forward to what we can do when the whole universe is our oyster.