A Starship Troopers Game... Would You Like to Know More? 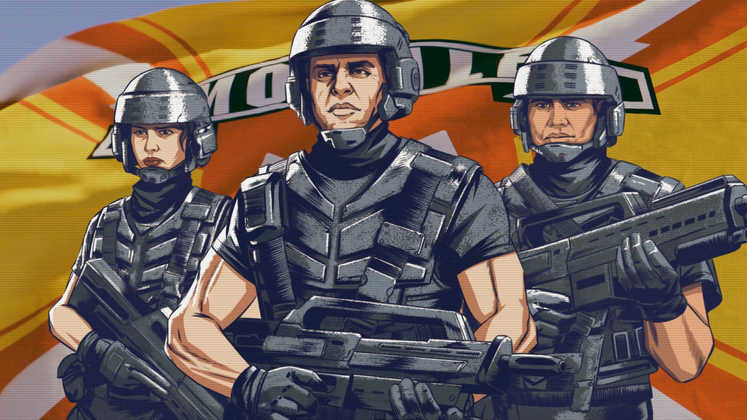 Starship Troopers began life as a box office flop going up against big name blockbusters like The Fifth Element and Jurassic Park: The Lost World. But what started out as a misunderstood satire quickly took on a life of its own, spawning sequels and animated movies.

But one thing the franchise has always lacked, aside from a dismal tie-in, has been a way for us to join up and squash some bugs. With Starship Troopers - Terran Command that chance is very nearly here. There is currently a 3 mission demo that we’ve taken a look at and much like the movie, it actually holds up. 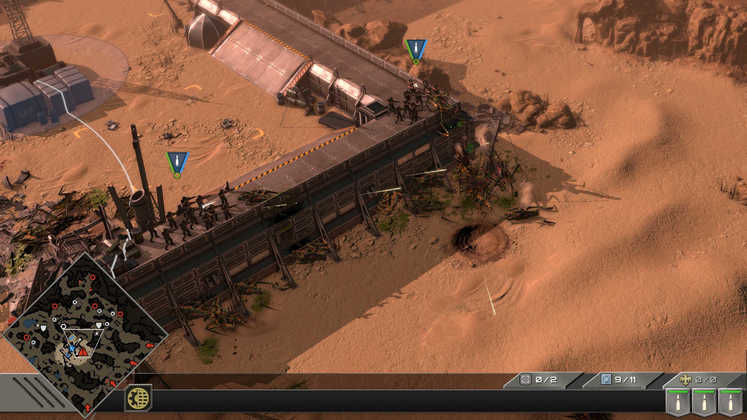 It all starts after the Battle of Klendathu, with that planet secured but the war far from over. Bugs have emerged onto the surface of Kwalasha, a desert world supplying huge amounts of minerals for the war effort. Here, it’s up to the Mobile Infantry to pacify the planet and secure mankind’s future.

Terran Command plays much like a traditional RTS, but with resource nodes being replaced with various objectives to be captured in order to increase the number of units you can field. This strikes a nice balance between the different playstyles as you can’t amass a large force until you’ve pushed out with smaller strike teams to secure Radio Posts and objectives.

These objectives not only increase your Supply Limit but also act as drop points for new troops, reinforcements, and allow for quick travel between them. This means you can easily reinforce forward positions or quickly make use of your new Supply by calling troops straight to the front.

In addition to Supply, you gain War Support from completing objectives. These points are spent on constructing new buildings to unlock new units, and for building stationary defenses around your base or outposts.

Both Supply and War Support only act to increase the limit of what you can field and there is zero cost to replacing anything you may lose. This lines up nicely with the franchise, with unlimited numbers of volunteers ready to fill the ranks. 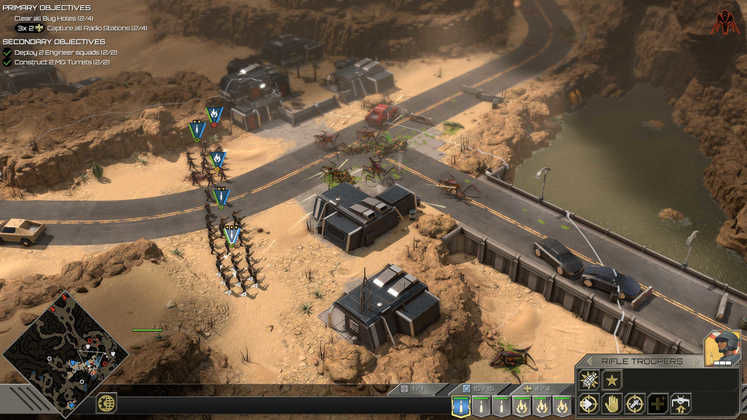 One of the most interesting and simultaneously annoying aspects of the game is the Line of Fire mechanic. As the name suggests, most units can’t shoot through their allies - with the notable exception of snipers. This makes positioning troops properly immensely satisfying but when coupled with the inability to fire on the move, makes advancing rather a chore, especially into choke points.

This comes up more than you might imagine, as not only are there objectives to capture, but bug lairs to be destroyed. These are scattered around the map and produce constant waves of bugs until they are eliminated.

While not mentioned in the demo, the developers have previously stated that the game’s story will be dynamically generated based on a player’s previous performance, which is an interesting idea and should make the tense back and forth of the missions even more meaningful.

Overall, this demo of Terran Command brings hope for the final release, with the bombastic style and personality of the film not quite there but definitely in the ballpark, while the gameplay appears mostly solid.

Starship Troopers - Terran Command is set to be released for the PC on the 31st March, 2022. 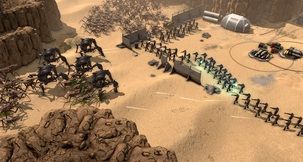 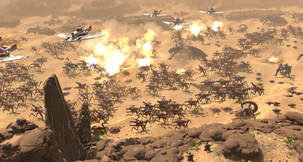 Starship Troopers - Terran Command Is a...