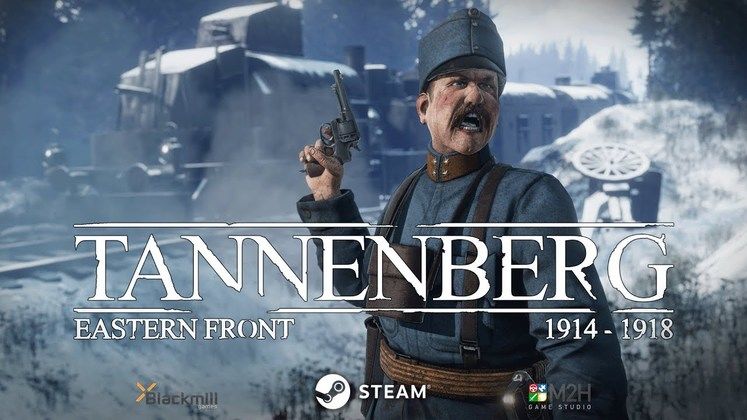 For years, World War 2 was one of the most used - arguably over-used - settings for shooters in gaming, while its predecessor was practically only found in strategy titles. It makes sense too, as “The Great War” was characterized by trench warfare, stalemates, and lots of waiting, none of which make for particularly engaging gameplay as an FPS. However, in recent years, World War One has found itself being the setting of several shooters, including a mainline Battlefield title. Tannenberg joins this new breed as an indie multiplayer-only offering. 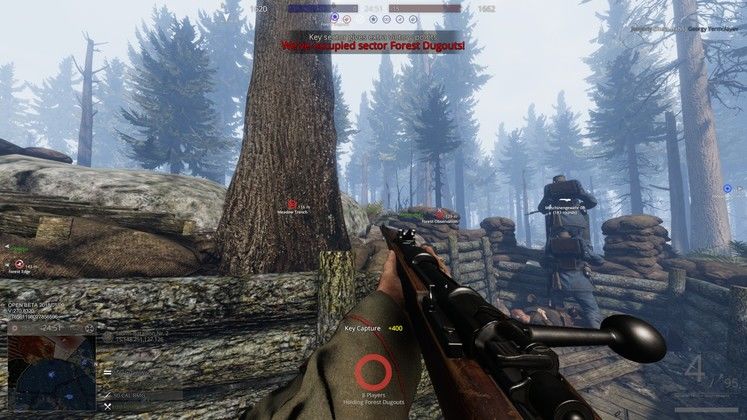 Capturing key locations is the primary method of winning in Maneuver

Tannenberg, named after a battle fought between the Germans and Russians in the opening stretches of the war, focuses on the eastern front of the war specifically. Tannenberg’s maps and factions are thus limited to Russian forces and their immediate, local allies, Germany and Austro-Hungary. Much of Tannenberg’s identity stems from a strife to achieve historical accuracy, down to the uniforms and weapons used by specific units.

A lot of Tannenberg’s deeper mechanics still need some tweaking to be fully realized. When joining a match, players will be shuffled into squads of four, with each member given a different role, at least in name. These roles minimally affect loadout, by giving you either binoculars, grenades, a sidearm or a sword. Universal equipment across all players are gas masks and primary weapons. Functionally, these loadouts have very little effect on gameplay. Grenades seem to be the most useful, but I’ve only very rarely encountered their use, whereas using binoculars almost guarantees getting shot, sidearms are less effective than primary weapons and you have an insta-kill melee button even when not wielding a sword. 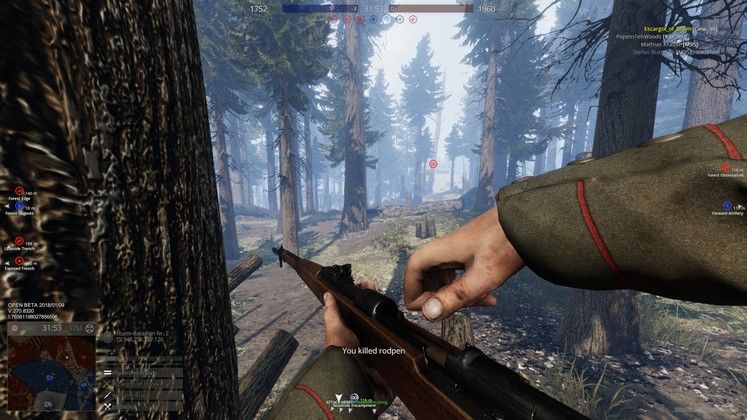 Squads, beyond doling out roles, seek to motivate players to group together and work as teams. While you’re in close proximity to your squad members, them achieving kills will get you point bonuses, and you can also spawn on squadmates to be closer to the action. Of the three modes in the game currently - FFA, TDM and a control-point capturing mode - two feature this squad mechanic, with FFA being the obvious odd one out. The game allows squad leaders to customize squad names, however default squad names are pretty accurate historically. In one case, when I was put into the “Infantriesregiment von Fehérvár” with some number attached, I was surprised to hear my character and others start shouting in my mother tongue of Hungarian. Öld a rohadékot indeed. 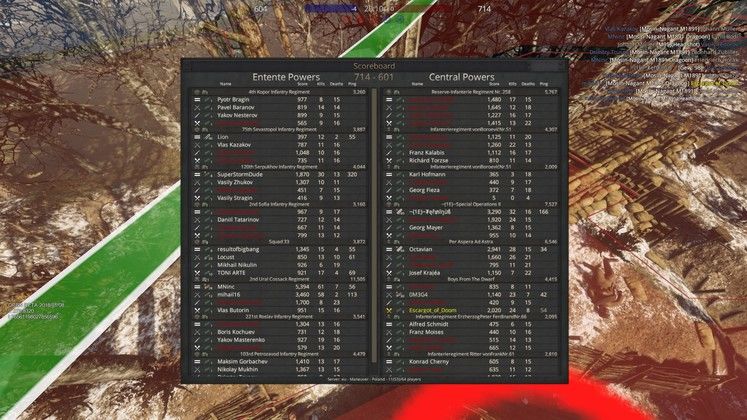 Score board, with squads shown

In terms of mechanics, Tannenberg takes a lot of liberties with the same historical accuracy they strive for in visual representation, but for the benefit of the game. This is still very much a runny, shooty, highly dynamic game where the tides turn and turn again by the minute, which as we all know is utterly unrepresentative of what WWI actually looked like. In this sense, it often doesn’t feel quite like a WWI shooter at all, if it weren’t for the fact that beyond fixed machine-gun nests, there are no rapid firing weapons at all. 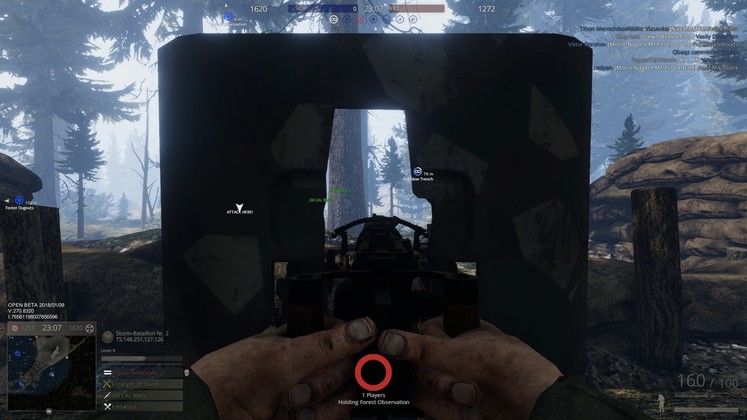 Shootouts in Tannenberg are functionally different from your usual shooter because literally everyone on the map is toting a bolt action rifle, and I haven’t encountered a gun that doesn’t carry 5 shots per clip. They’re also equally deadly, with body shots being guaranteed kills. This way everyone is equally matched, and it promotes a more cautious approach to gameplay than, say, in your generic Call of Duty. Variation in weapons comes down to reloading. Some cannot be reloaded mid-clip, while others take longer to reload when you’re not empty.

The maneuver game mode seems closest to what actual World War One battles might have been like of the three game modes, as it is the only one which involves some measure of army tactics. The map is cut up into zones, all of which have a control point near the middle of them. The central zone in the map is the “key point” which offers more victory points when captured. At the two far ends of the map sit the headquarters of the two factions. Victory is achieved either by 1) capturing all points, 2) capturing the HQ, and 3) having the most points when the time runs out. In the grand scheme of shooters, this is pretty standard, and the same can be said of the other modes - no ones needs to be introduced to FFA and TDM. 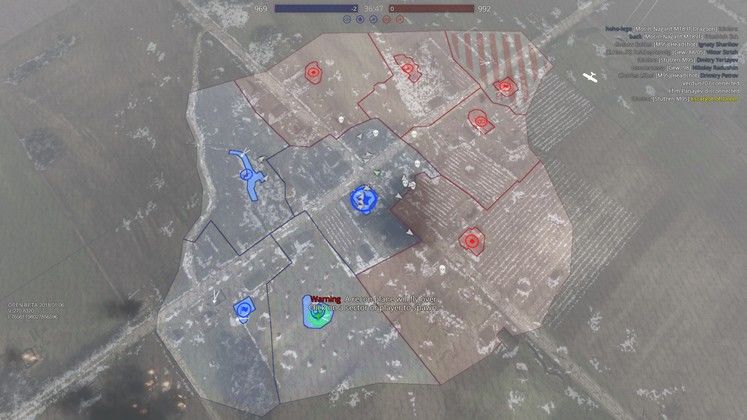 Map as seen in Maneuver

As the standalone expansion for the fairly popular Verdun, Tannenberg is already working from an existing playerbase, however since it is standalone, looking at it as a separate game makes me feel that it will need to do more in terms of getting an identity of its own. It’s too late to the party to live on the novelty of being set during WWI alone, and currently there just isn’t enough content. The weapons all feel the same, the maps are - though accurate - pretty drab and visually uninteresting, and the mechanics don’t give the experience enough variety. There is great potential in here, but right now, it’s just half a game at best. 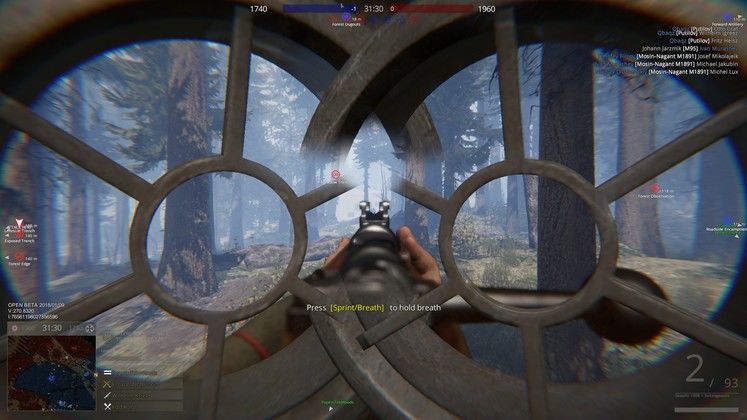 The developers will add an in-game feature allowing you to switch between the content of Verdun and Tannenberg without having to exit the application, which will help tie the games and their communities together. 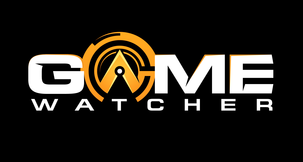 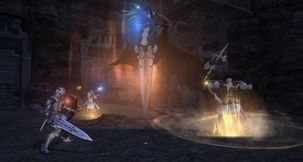