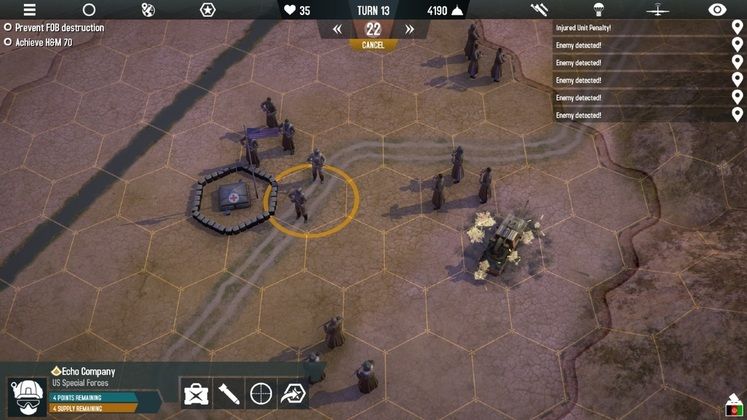 The War in Afghanistan has been long, controversial and horrific. It is a subject and setting that video games seem to leave alone or light touch with a mission or the occasional reference. Afghanistan ’11 seeks to change that be being a strategy game solely centered around the war itself.

Afghanistan ’11 is the sequel to Vietnam ’65, while it retains many of the core gameplay mechanics, developers Every Single Soldier have sought to improve upon the core structure of its predecessor and right some wrongs. One major shift is that it focuses less on traditional wargaming and becomes more of a counter-insurgency simulator.

Afghanistan ’11 resides its mechanics around a turn based system that has a hard ceiling, this means the games ends at a certain point regardless of how well you did. They ay this plays out is you as the US forces will depart at turn 50, thus handing control over to the ANA which you should have hopefully trained. The ANA then must hold out on their own until turn 60. The game then ends and if keep the aggregate hearts and minds score at or above 50, you win.

Taliban forces will actively work against you and decrease the hearts and minds score. When IED’s blow up civilians, Taliban forces raid villages and so on, the meter will drop as well as potentially damaging your military units and infrastructure. As you fight the Taliban back and win the support of the people, you will gain the political points resource. 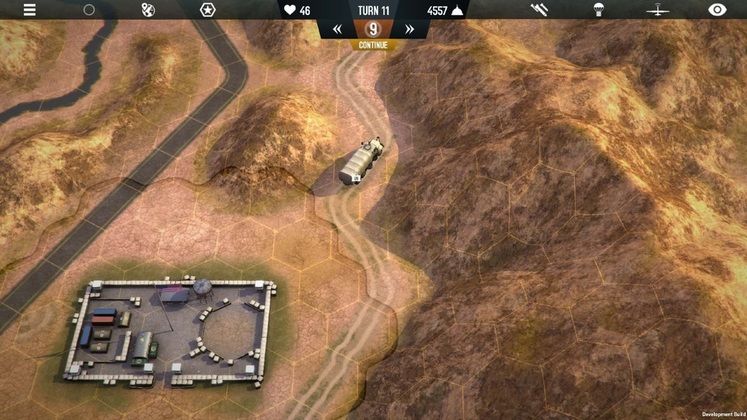 Many wargaming mechanics are still present in the game such as resource managements, supply lines and forward bases. All of these things must be managed effectively for your war effort to go well, after all, frontline units are no good without any ammo.

Political points represent how the support for the war in congress is going and the more successful you are, the more points you will accrue. PP allow you to have a larger budget for unit recruitment and the happier the government are will your campaign, the more funding you will receive.

While it retains most of the traditional aspects of the wargaming genre, it should be noted that you will not end up with large amounts of forces in this game. This is no large scale epic war with battalions of tanks and unlimited infantry units. You’ll realistically only be running around with a fraction number of units compared to a world war 2 wargame, thought the unit variety in the game is notably good. 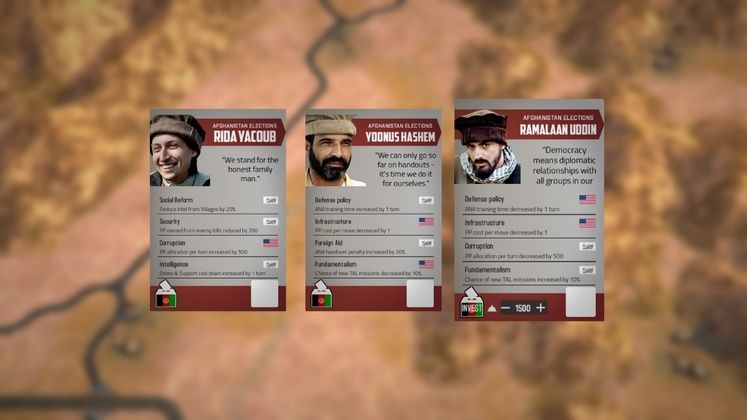 Compared to its predecessor, the game is a noticeable visual improvement but like the majority of wargames, don’t come into it looking for a visual spectacle, there won’t be one. The graphics do the job nicely but lack the real quality of detail some may be looking for. That said, the performance is smooth and the entire games runs well bar the occasional odd loading moment after a turn is complete or a rare bug.

There’s plenty to enjoy with Afghanistan ’11 but there are several issues with in the game itself including a lack of depth to some of the core features. While as a strategy title, it will hit the mark for most, things like political aspect of the game are shallow at best and often feel like an untapped gold mine of interesting gameplay.

The game does create a solid difficulty and provides a challenging experience with AI that doesn’t cheat like in most other strategy titles. Enemy AI cannot see landmines. There have also been several improvements and changes to reflect the setting and type of warfare, so respect has to be given to the developers for not just creating a carbon copy of Vietnam ’65 and placing an desert skin over it.

A unique enjoyable wargame that offers something different while remaining easy to pick and play. 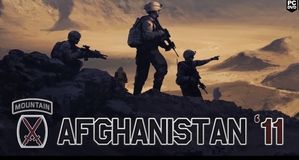