More than Mechs the Eye

Age of Wonders: Planetfall has been one of my most favorite 4X strategy games of 2020. I’ve often come back to it during the short-lived dearths of new games and re-ignite my love for it each time that I do. It doesn’t hurt that Triumph Studios has done an outstanding job of supporting the game, both with paid content and with comprehensive patches that have fundamentally made the game better each time.

So, after two other hefty expansions in a promised Season Pass of content, Age of Wonders: Planetfall receives its final bit of promised content in the form of Star Kings, an expansion that will not only add a brand new faction, the Oathbound, but also new map features called “Grail Configurations”, and a few new wildlife enemy types.

How well does Star Kings improve Age of Wonders: Planetfall and how fun are the new Oathbound faction? I’m glad you asked that question, because I’m here to tell you.

Without question, the Oathbound are the highlight of the Star Kings expansion. They’re what you’d get if chivalry was reborn in the far future and instead of mounting horses, they mounted mechs. Their armies comprise mechs, mechs, and heroes with mechs and are pretty powerful.

They’re well-balanced, though, as their units clump together in order to take advantage of adjacency bonuses to defense that they have, which leaves them open to the multiple-unit-inflicting arc damage in particular. They’re also melee focused, so they must close the distance on their enemies and despite being heavily-armored and shielded, the Oathbound are put in harm’s way in order to do so.

I just wish that Triumph Studios had introduced another alien race. As it stands, there are far too many humans in the Planetfall universe and I like my science fiction with a healthy dose of strange and wonderful aliens to play as (read: eXterminate). 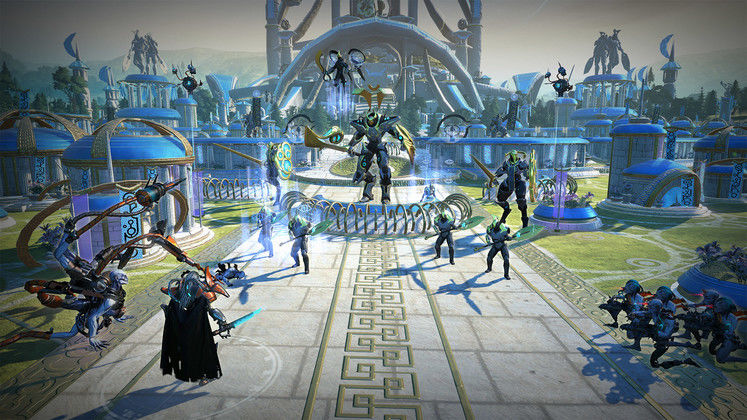 Knights of the Holy Grails

Another additional feature introduced by this expansion are the Grails. Grails are the generally very rare landmarks that can be found after extensive searching. Once they’re located, it’s all hands on deck in a frenetic rush to grab them, as their bonuses are game-changing. You want a huge bonus to food and production in your empire? Yeah, you’ll want to do everything you can to grab these grails, then.

That they’re so rare and game-altering adds yet another layer of replayability to Planetfall. They’re not extraordinarily unique or exciting in the grand scheme of the genre, but they’re great fun and a welcome addition to Planetfall. 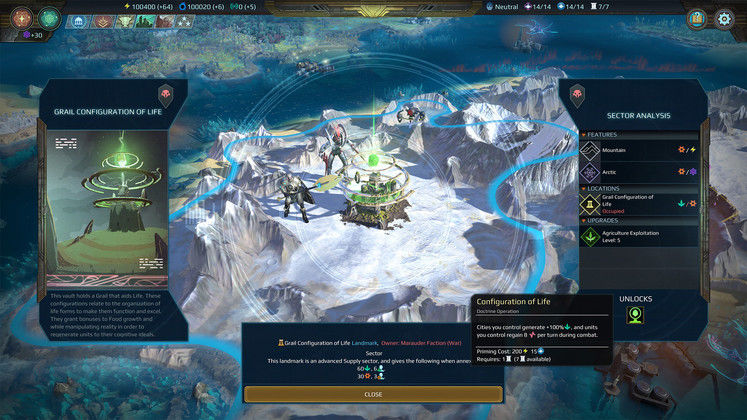 The expansion also adds three new wildlife groups to do battle with. My favorite of which is the Mycelians, cyborg fungi that are absurd and yet utterly brilliant. They’re joined by the Psionica, sentient stones that feed off others’ psychic energy, and Apostates, former Oathbound that have basically fallen from grace, joining the dark side of sorts.

They’re also welcome additions that make the worlds of Planetfall richer and deeper. Yet, again, they’re nothing extraordinarily unique or exciting in the grand scheme of the genre. Are you catching my drift yet? 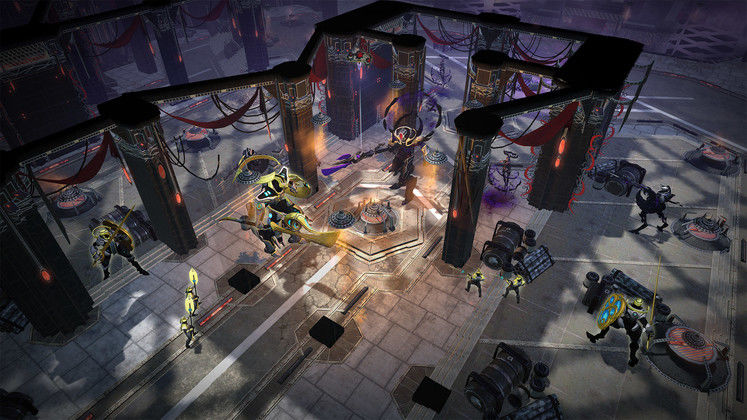 I’d be remiss if I didn’t mention the huge free update coming in the form of the “Triceratops Patch”, which, among many other fixes, balance changes, and updates, also introduces the “Galactic Empire” mode.

This new mode could have easily been part of this new expansion and no one would’ve complained. However, Triumph Studios chose to make it free, allowing all Planetfall players the opportunity to play their own dynamic campaign.

Each planet you set your sights on will provide a variety of bonuses to your empire as you progress from game to game. Thus, your empire adds more and more tools to its repertoire as you keep setting off to conquer new and varied planets.

It provides a lot of incentive to keep replaying Planetfall, as the more you play, the more you unlock in a meta progression system that unlocks more and more cool stuff for your budding galactic empire.

That it’s released for free is fantastic, but I wonder if Triump Studios realized that it would basically make their final expansion feel a bit empty by comparison?

Some great extra content takes a backseat to an extraordinary new gameplay mode that players will get for free from the upcoming “Triceratops” patch. Though the new content is of high quality, especially the new faction, it’s overshadowed by a free patch and perhaps isn’t as exciting with the addition of yet another human faction.

That being said, it’s been a really fun ride with Age of Wonders: Planetfall and this expansion is just another good addition to the game. If this is the last bit of content that Planetfall gets, we’ll still be left with hundreds of hours worth of quality gaming to tide us over until whatever Triumph Studios does next.

Capturing your first Grail and becoming an unstoppable force because of the significant bonus that it provides.

commented about 5 hours ago