Alone With You Review

Stuck on a planet with an AI and a Holodeck

Anyone who has seen Star Trek The Next Generation will understand the premise behind Benjamin Rivers’ Sci-Fi romance adventure game Alone With You. Trapped, alone on a distant planet, fighting for your survival and looking for a way to escape the now deserted colony as the planet decides to break apart around you, with toxic rain and earthquakes, it’s the perfect time for a little l’amour.

A focal point around the game is using a Star Trek like holo suite to talk to five dead colonists in order to get them to help you fix the escape shuttle. Even knowing they are dead, the colonists think and act like real people and have ongoing relationships with each other and now you. As you progress through the game, part of the puzzle is to discover who these people are, what they did and sometimes become romantically entangled with them. All the while you are heading out into the hostile environment to collect parts for the ship and trying to uncover what happened to all the people in the colony.

The computer AI gives you three weeks to get off the planet before you die from the planets now deadly weather. By day you must venture forth into the crumbling structures of the colony to search for the parts you need and collect clues of what happened to everyone. By night you spend your time talking with dead people in the holodeck about your current situation and their past lives. 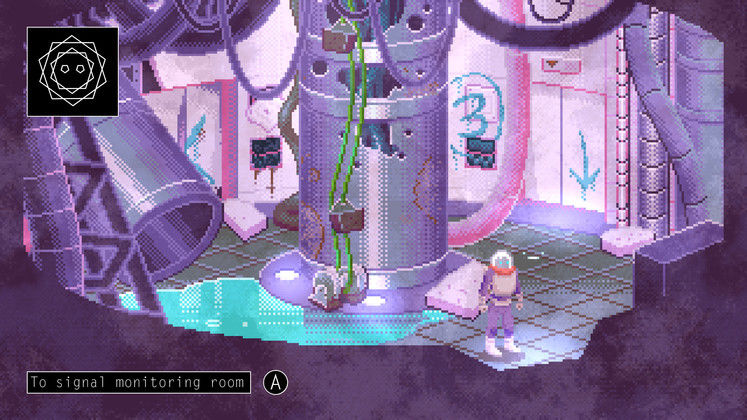 Got to find those parts

This loop quickly becomes repetitive and the game tries to give you actual gameplay elements to accomplish in between the story moments such as puzzles. These puzzles can be fairly tiresome and the entire gameplay loop becomes quickly repetitive. Later on in the game this loop suddenly breaks creating a nice change of pace and works similarly to how traditional JRPG’s evoke large emotion in their end game by suddenly breaking the repetitive grind.

The biggest problem with Alone With You’s mechanics is that due to their repetitive nature, it actively works against what the story is trying to do. The entire selling point of this game is its story telling and characters, with it constantly trying to make the player feel something for the characters, the situation and immerse the player in this world. The repetitive game loop however, makes you feel numb towards the story for the majority of the first half of the game and lessens the impactful story events with the frustration and borderline boredom of the cycle.

The classic 16-bit style that Alone with you employs is a nice love letter to the Sega CD as intended by the developers. Due to this, the game runs perfectly well and maintains a nice solid aesthetic throughout that provides nice backdrops and a charming colour scheme.

Alone With You from a narrative stand point is right on the mark and provides an interesting setting, plotline and some characters that have actual depth. The romance aspect of the game works well but isn’t really a huge part of the narrative as it would be in an actual dating simulator, it’s more of a tool to help the player connect with the holograms. 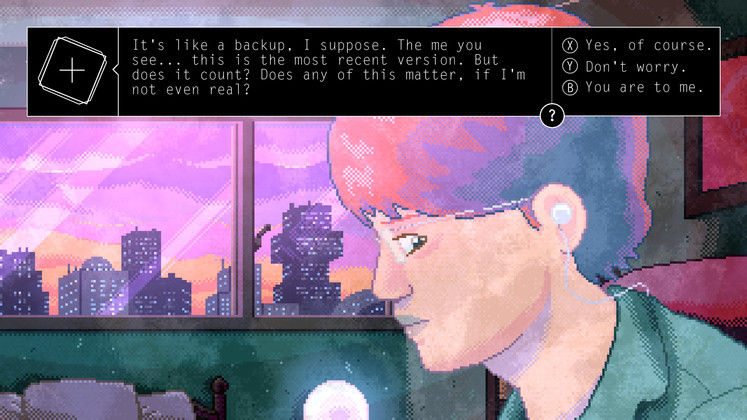 The repetitive gameplay loop grows old very quickly, which does not help the motivation to push on to the next good narrative moment. The fact that the core gameplay mechanics are shallow and require little more than go here and collect these, leaving the game an overall disappointment, given that the world is certainly an interesting one.

ALONE WITH YOU VERDICT

Alone With You is overall a narrative driven game that is severely hampered by its shallow repetitive gameplay, and while the narrative has plenty of depth, the mind-numbing tasks in between story moments become tiresome quickly.

The story becomes very engaging in the latter half of the game. 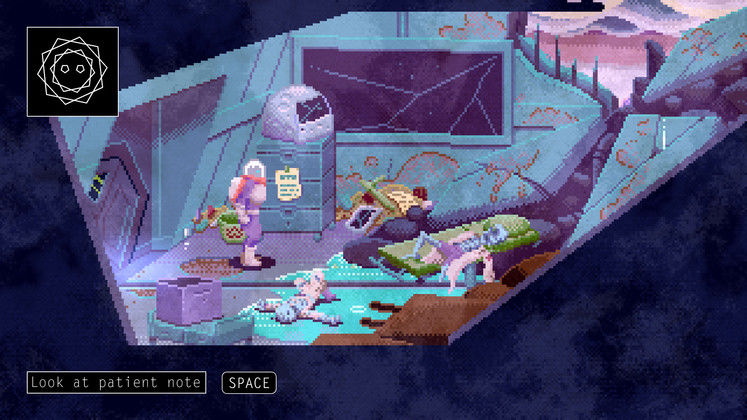 Alone With You Essentials