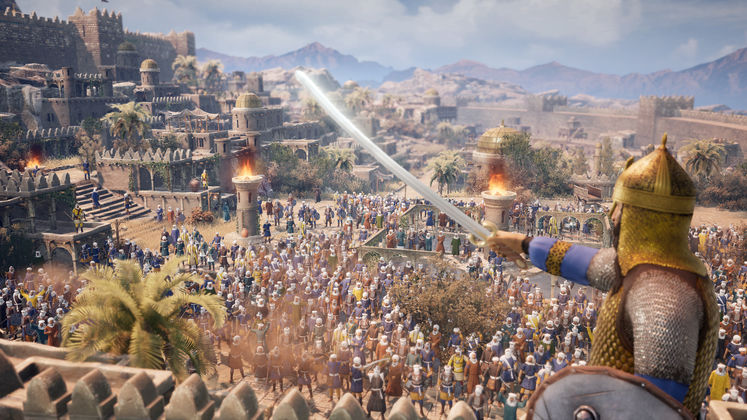 When Ancestors Legacy invaded our wallets back in May of last year it was heralded as a well-presented tactical massacre set in medieval times. Since then it has plundered our hearts with free updates, adding a new single player Slav campaign, new missions and new factions. However, war is expensive and developer Destructive Creations has now set its sights on our wallets once again with its latest DLC: Saladin’s Conquest.

In Saladin’s Conquest, you take command of a new nation: The Saracen. You must murder your way through a brand-new single-player campaign, that, unlike the base game, is set far from the original setting of Europe. Here you must help Saladin protect his desert lands against the Crusaders and defeat the great army of the Kingdom of Jerusalem at the Horns of Hattin. So just another day at the office then. No pressure. 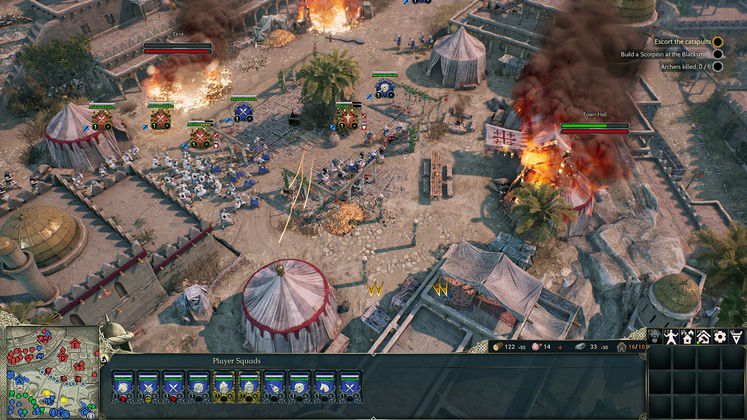 So what exactly do you get for your hard-earned gold coins? Well, as mentioned there is a new playable nation that’s available for the campaign, skirmish, and multiplayer modes – The Saracen. Taking control of these warriors, the new single player campaign consists of five missions and over 6 hours of playtime as well as new multiplayer maps. The DLC also introduces new and unique units like the Hassassins and the Grenadiers as well as new weapons like the Scorpion – the Saracens’ equivalent to the ballista. These new additions add a bit of variety and freshness to an otherwise familiar formula. That being said, after a short period of familiarizing yourself with these new units, it will be business as usual and you will be slaughtering and murdering your way through the Crusaders, raiding and taking over settlements and building up your forces and killing anyone else on your path. Innocent or not.

Ancestors Legacy never shied away from the brutality of the Era it was set in. Frequently you were slaughtering defenseless villagers, burning down their homes a watching both men and women flail about on fire as they stumbled out of their now ruined, place of residence. Saladin’s conquest continues this cheerful tradition and establishes from the very beginning that this is not a happy time. Within the first few minutes, you’ll be running down pilgrims on horseback and trampling them into the dust in the name of Allah. It comes as no surprise really that the studio behind the infamous “Hatred” released back in 2015 not only does not shy away from its subject matter but gallops towards it at full speed on horseback while waving a flaming dildo. To say this game was “on the nose” would be the understatement of the year. It’s admirable but might not be everyone’s cup of tea. That being said - those who are familiar with the series (or History) know what they are getting here and if you liked Ancestors Legacy, you’re just getting more of what made the base game great. 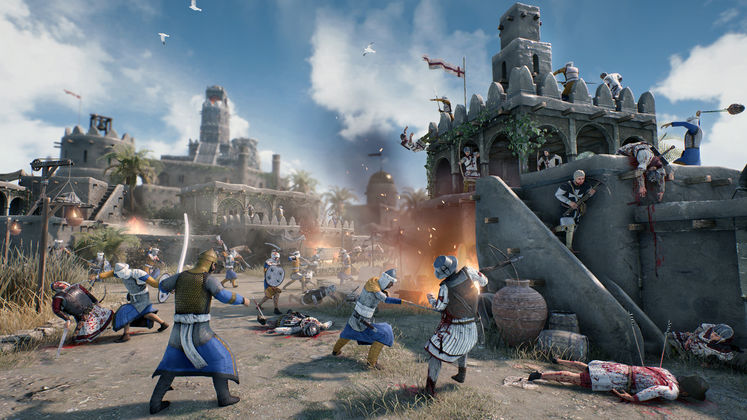 As for the units themselves and how they operate, it’s nothing too complicated. For example: Take the Hassassins: These are a four-man melee squad with the unique ability of Camouflage. This, unsurprisingly, makes them invisible to the enemy until they get really close, allowing for some tactical maneuvering on the battlefield and setting up satisfying ambushes. Their second unique skill is Explosive Traps. Which works exactly how you imagine they might. Just don’t assume like I was that your own troops are safe when using it. (R.I.P Jeremey.)

The Grenadiers are a ranged four-man squad whose unique ability is firing explosive missiles that are great against buildings and very great against large groups of enemies. On the flip side though they are pretty weak to melee damage. As for the Scorpions – the Saracens’ equivalent to the ballista, there’s a new model used, which does look pretty cool, and sports different stats to the ballista from the base game. There’s some nice variety added here that will allow for some creative play for those who are willing to experiment. 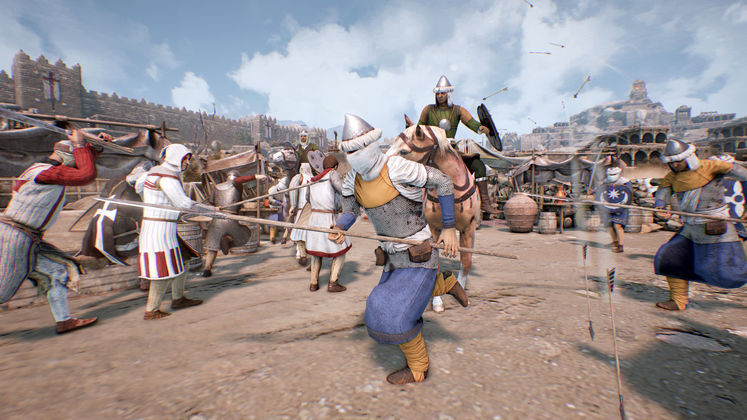 The original Ancestors Legacy was a well optimized, solid looking title that ran pretty well, albeit with some character models that were a bit basic. The same can be said for Destructive Creations latest outing, Saladin’s Conquest. With all settings on ultra, there was little to no frame drops or stutters even when there were hectic battles taking place with numerous units on screen. Of course, the scale of these battles are not nearly as detailed or large as the likes of the Total War series, but with multiple units duking it out with various particle effects kicking off it can be an impressive and engrossing sight to behold all the same. Running a pretty modest gaming rig with a GTX980 and I7 with 16 GB of ram, the experience was very smooth.

The new units, setting, and the story makes for a nice little package that feels fairly priced. If you liked Ancestors Legacy and just wanted a reason to go back to the title, then Saladin’s Conquest is about as good a reason as any. There’s nothing wrong with what’s on show here, however, despite the new things mentioned it does have a “more of the same” feeling to it. That’s not necessarily a bad thing and no one is expected to reinvent the wheel each time - especially if it’s an extension of what’s already there. And what’s there is technically sound, from the AI to the optimization. It’s hard to fault Developer Destructive Creations for wanting to squeeze a bit more capital out of their solid title.

"Lifelong consumer of all types of video games. And beans." 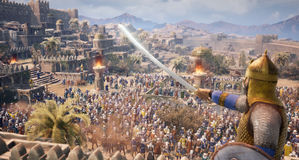