Many gamers grow up playing not only video games, but board games as well. While these tabletop games can be incredibly fun, they are also a fair amount of work. It can be very difficult to find a group of friends that all like the same games and get those friends together at the same time. Video gaming solved most of these problems with online friends lists and matchmaking, but there are very few video games that capture the feel of a traditional board game. Armello is one of those few.

Armello is a strategy game where playing cards and rolling dice determine the outcome of events. It features breathtaking artwork, superb graphics and a lovely musical score. It also features a great amount of depth with some of the coolest strategies requiring not only good luck but careful planning. 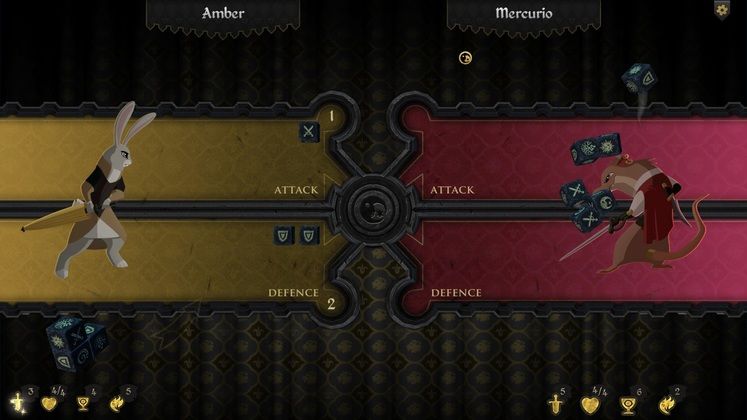 Dice rolls determine the outcome of a battle. Equip items and use cards to increase your chances of success

What first attracted me to Armello was the artwork. From the opening cinematic, to the in game graphics, down to the card art, everything follows a beautiful art style that is both fun and engaging. The artwork on the various tiles that compose the game board makes it feel like you’re actually exploring a living world.

Battles in Armello take place as one-on-one duels between the player controlled heroes or NPCs like the Bane or the King’s Guard. During these duels, players have a chance to burn cards which locks in a certain die outcome, and when they do, it really looks like the card is set alight and burns away to nothing. While the bouncing dice can be difficult to track, they also behave very similar to real dice. They klink and clack while rolling around, bouncing off the screen as if it were a real tabletop. Sometimes they even teeter agonizingly on an edge before finally coming to rest.

Once the dice have been tallied, both fighters attack. The attacker launches into a flurry of swings and thrusts while the defender parries as many attacks as they can before the attacker breaks their defenses. The animation on these attacks is excellently done, with the defenders switching from a blocking animation to actually getting hit once they run out of defensive dice. 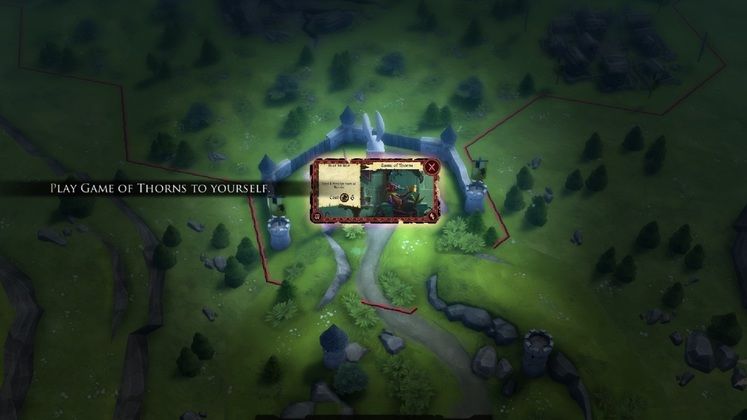 While you can burn cards in battle, you can also cast them on the game map. Each card has beautiful artwork and even animations that make the cards themselves feel alive. There is also a gallery that you can access from the main menu allowing you to go back and study (or just enjoy the artwork of) cards that you unlocked in previous games.

Armello also features some very nice music and sound effects. The music is orchestral and can be both invigorating during combat and soothing while questing on the map. While the battle sounds boil down to generic clashes and thuds, they still match up with the action. It’s also nice to hear the trumpets sound and the mighty roar of the king every morning when he makes a declaration. One addition I would have liked is some voice acting. Even something simple like the king reading the titles of the declarations would have been a nice touch.

The most engaging part of the game is the strategy. This is what really sucks you in and keeps you wanting to play another game. While there is a series of tutorials, the learning curve can be a bit harsh. I absolutely lost my very first game, even though it was against computer opponents. The goal of the game is to kill the king, who is infected with a disease called Rot and is no longer fit to rule. As the game progresses through day and night cycles, the king’s infection worsens, and he loses health every morning. This is pretty much the game’s time limit. Once the king dies, the game is over, and a victor is declared. 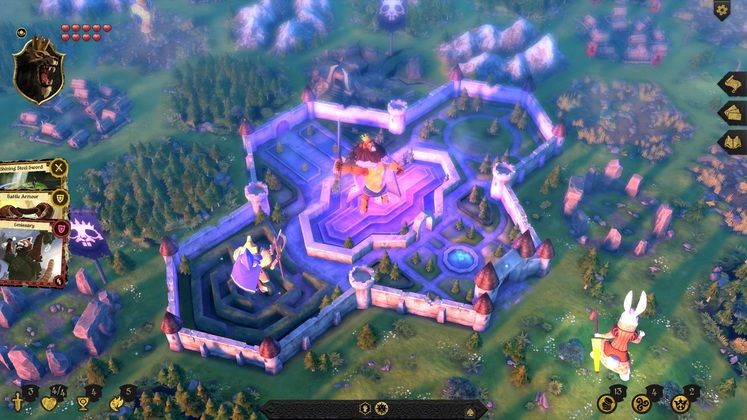 The king is sick and will die soon. Defeat him to become the new king and win the game

There are four ways to win, which is what gives the game its depth. The first way is to amass the highest amount of Prestige, or renown, when the king dies. This is often the surest way to win. Another option is collecting 4 items called Spirit Stones and facing the king in his palace. This cures the king of Rot but also kills him in the process. The other two paths to victory both require that you face the king in combat and survive. If you kill the king but die as well, you lose all your Prestige and another player with the most Prestige wins. The Kingslayer victory also grants you a different type of victory if you achieve it while having a higher Rot stat than the king.

Just trying to get all four types of victories will keep you playing for hours, but there is also a multiplayer mode with other online players. Right now this mode can be slow to find a game. It took me 15 minutes to find my first match. Hopefully as more people start playing the game, match times will improve. There is also an option for ranked matches, but I was unable to access it at the time of this review.

If you enjoyed playing board games or card games when you were younger (or are still young), Armello will captivate you. The game is beautiful to look at, fun to play, and challenging enough to keep you coming back for more. Even if you’ve never played a game like this before, it’s enjoyable just learning to play and finally getting a satisfying victory.

Getting a Kingslayer victory. The king is a tough opponent and the odds are usually stacked against you. When you put it all on the line and actually take him down, you definitely feel satisfied. 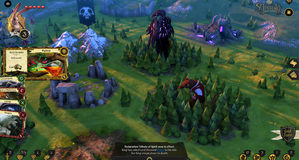