We loved Batman: The Telltale Series because it was unafraid to mess with Batman canon. Every character had familiar aspects but could be taken in a massively different path to how fans might expect, and it was this unpredictability that made the story and game so compelling. And folded within this were Telltale’s signature choices, not enough to completely change the overarching narrative but have events occur in wildly different ways: for example, in our save file, Harvey Dent never became Two-Face. Consequently going in to the second series we’re on to Telltale and primed to expect the unexpected. We didn’t expect hard enough.

Will Season 2 make it into our list of The Best Batman Games on PC? Your decisions from the first season will carry over! Keep those saves! Absolutely not spoiling anything beyond the general setup: Batman, tracking down an arms dealer in a casino, encounters the Riddler, who is doing the same. Telltale’s version of the character is an older version, a psychotic ex-vigilante with a penchant for death traps, and is often more than a match for Batman. Episode 1 is mostly a race to capture Riddler, and yes: “John Doe” from Season 1 makes an appearance, who you’ll recognise from his white face and big grin. Even knowing Telltale, I had no idea how many twists and turns were coming, with some truly shocking moments. My mouth was hanging open on more than one occasion. ‘The Enigma’ feels like an epic Batman movie… and it’s only the first episode in a five-part season! 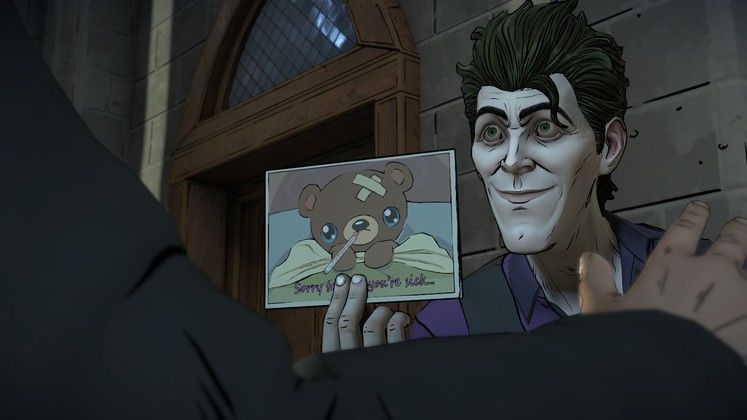 The reason why a lot of people deride Telltale is that they see their games these days as little more than visual novels, or at best movies with inconsequential buttons to QTE. If you don’t like that style, frankly, you don’t need to play them, but they’re definitely more than visual novels – and Batman: The Enemy Within is probably the most gamey of all their games since Jurassic Park (remember that?). While there is a lot of talking, you never go more than a few seconds without having to do something, whether it’s choosing a dialogue response, doing a QTE, scanning and uncovering evidence, exploring an area, or some other action. It is never boring, and I never felt like I was watching a movie. Moreover, the action sequences are a step up from even Batman Season 1, with some really visceral moves. The only gripes I’d give here are that sometimes the QTEs are difficult to pull off in a hurry, or occasionally I’d fail and it wouldn’t matter. It’s the decisions you make that really matter though. While undoubtedly the overall plot involving the Riddler won’t change, it’s all about how characters respond to you and even whether some characters make it out alive – or maimed. Do some characters trust you? I’m not sure, but I know for sure a few of my choices will bite me in the ass later – and I love that feeling. 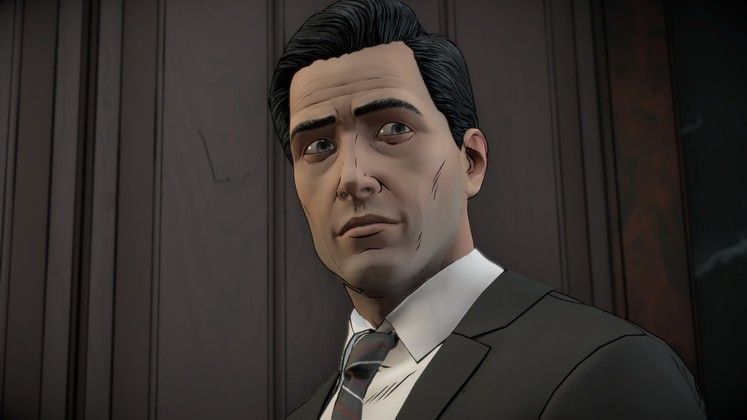 MINIMUM:
OS: Windows 7 64 Bit Service Pack 1
Processor: Intel Core 2 Duo 2.4GHz
Memory: 3 GB RAM
Graphics: Nvidia GTS 450+ with 1024MB+ VRAM (excluding GT), latest drivers DirectX: Version 11
Additional: Not Recommended for Intel integrated graphics I have to say, this is the first Telltale game recently that’s run fairly flawlessly on my machine. I’ve heard reports of a few bugs, but I didn’t experience anything so I can’t comment. For once it looks quite nice too, with the cel-shaded style Telltale generally like working with mixing with some genuine moments of just very lovely graphics. Animation’s still a little stiff, but mostly excellent – you’ll certain cringe when someone gets their fingers chopped off. 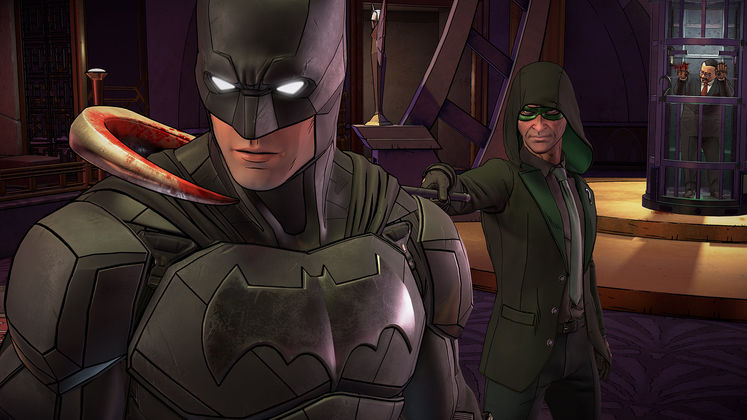 Batman Season 2 is off to an excellent start. The Enigma is a decent size for a Telltale game, clocking in at around 2 hours 30 minutes, and it honestly feels like an epic Batman movie. And it’s only the first episode of a five-episode season. It has more gameplay than most Telltale episodes too, with something to do every few seconds, meaning it feels like you’re in the movie rather than just watching it and doing a QTE occasionally. It looks good too, with excellent voice acting and very good (and unpredictable) writing throughout. Honestly, I can’t think of anything too bad to say about it. It’s one of the best first episodes Telltale has ever done, and if The Enemy Within stays this good we could be looking at Telltale’s best game. Let’s hope the usual Episode 2 quality drop-off doesn’t happen…

The introduction of the Riddler and his finger-slicey death trap is wonderful.