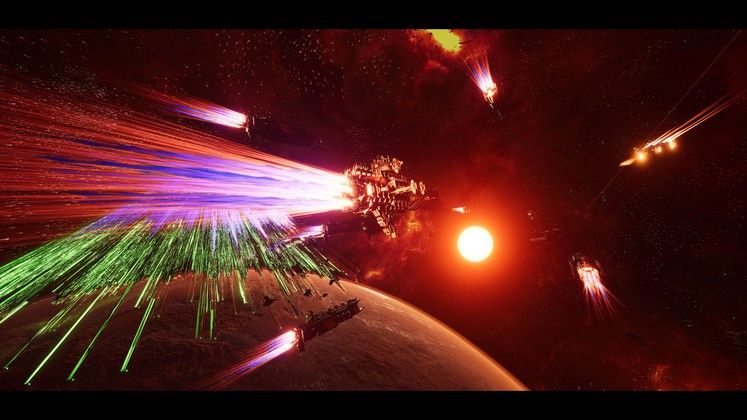 It’s been a long time since the world saw a Warhammer 40K game this good. Good looking games, like Deathwing, manage to completely screw up the balance to the point of unplayability, while promising games like 4X Gladius or Relic’s Dawn of War III are either slightly sterile like the former or straight up miss the interests of their audience like the latter. Battleship Gothic: Armada II not only nails the universe, the ships, and the tactics, but it looks and sounds amazing while doing so.

Set in the beginnings of Abaddon the Despoiler’s Thirteenth Black Crusade, Armada II features three fully fledged campaigns focused on the Imperium of Man, Necrons, and Tyranids. Each is comprised of a unique turn-based galaxy map from which players can manage their fleets, conquer systems, and launch real time tactical battles. While the galaxy map is not as deep or interesting as Total War’s similar strategy layer, it offers a bit of tactical thinking to break up the constant stream of spaceship combat that the game is built around. 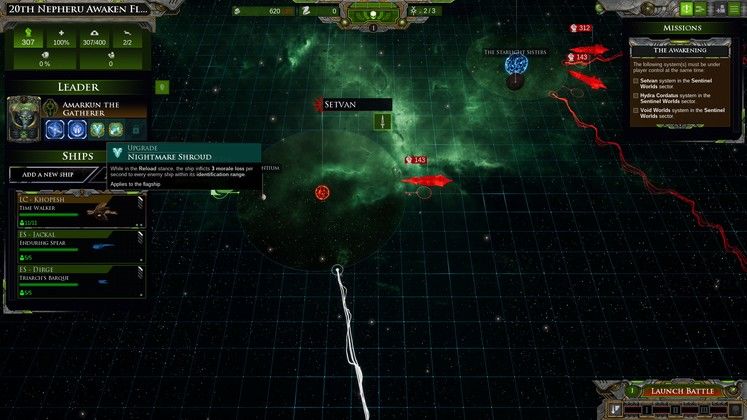 Those space engagements are the highlight of Armada, and Tindalos Interactive spared no effort in making them as amazing as they could be. Battleships slowly move and rotate through the battlefield, lighting up space with their broadsides and energy lance weapons against an usually crowded background of massive space installations and planets. The graphics are utterly gorgeous, as shields burst back into life after recharging with a burst and ships explode with a massive engulfing final explosion.

Great presentation aside, Armada’s battles really shine on the tactical level, even if you can’t have that many big ships on play at the same time. Ship hulls, subsystems, morale, and ships are all simulated for a deeper tactical engagement, and fighter craft, boarding actions, and special abilities allow every race to use those systems to their full potential. To reduce micromanaging, players can determine target priority, firing angle, and engagement range to ships of their fleets, but they still require players to constantly keep an eye on all ships lest units get stranded from their group or crash into each other. 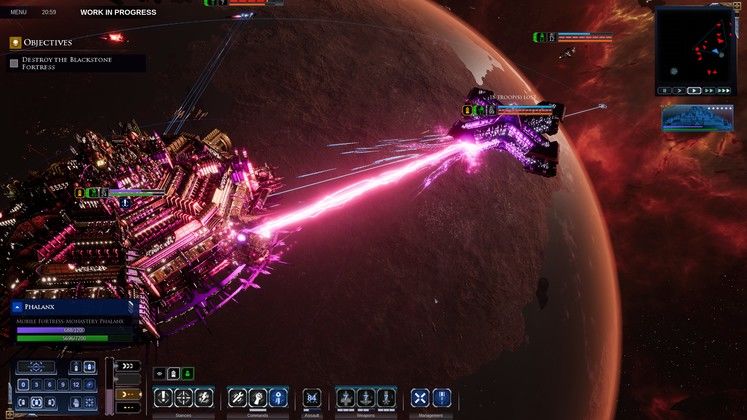 Luckily, crashing ships into each other is a very efficient tactic, and there are few things as satisfying as manually plotting an intercept course and firing the engines in full thrust at just the right time to come crashing into the side of an enemy cruiser with a fantastic thump. Depending on the size and momentum, ramming ships are able to straight up push the target around as they dig deeper and deeper into their hull – a tactic that can mean the difference between victory and defeat depending on the race you play as.

While humanity’s Space Marines, Imperial Navy, and Adeptus Mechanicus are the only ones to have a dedicated campaign alongside the immortal Necrons and fiery Tyranids, Armada II features 12 factions in total, ranging from the Eldar and Dark Eldar space elves to Ork, Chaos, and T’au fleets. Each has unique attributes and prefered tactics: while the Imperium is a mostly balanced faction, for example, featuring shields, torpedoes, and big broadside cannons in addition to powerful forward-mounted battering rams, Necrons forgo the ramming bonus and shields in exchange for regenerating hull, short-distance warp Inertialess Drives, and 100% accuracy weapons that jump from target to target. Every faction also has multiple special fleet abilities, from the Imperium’s teleporting plasma, stasis, and augur bombs to Necrons lightning link between two ships that completely eviscerates anything caught in the middle. 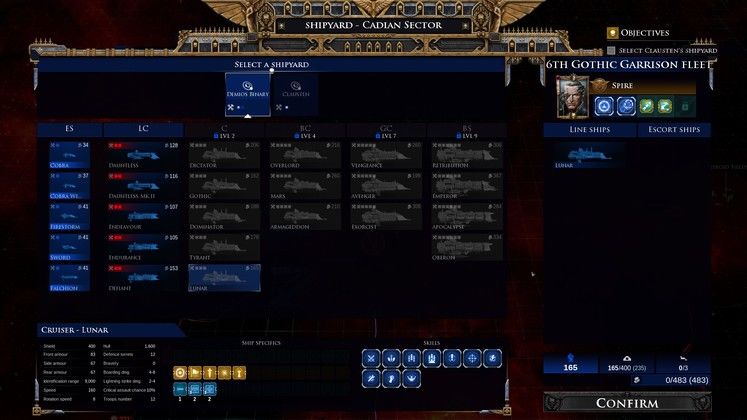 It says a lot about Armada that one of it’s biggest flaws is the camera, which refuses to zoom in close enough so ships look like anything but miniatures, and won’t zoom out enough to effectively see the whole battlefield. It tends to kill the immersion the game works so hard to build, as the limited zoom effectively destroys any sense of scale of what should be gigantic behemoth ships, and the inability to see the battlefield from afar forces you to rotate the camera and reduces tactical awareness in a glance. Power and bigger fleet size balance tweaks aside, a greater range of camera zooms both close and long range would be the one thing I would like to see in Armada going forward.

The lasting impression, however, is that the team behind Armada II really loves and, more importantly, understands the setting. Voice acting, script, and cutscenes are a blast to anyone who cares about 40K, even up lifting some of the most famous illustrations and bringing them to slightly animated life throughout the campaign. The decision to allow Imperium players to freely recruit ships from Imperial Navy, Techmarines, or any of the nine most famous Space Marines chapters is a fantastic bit of fan service. 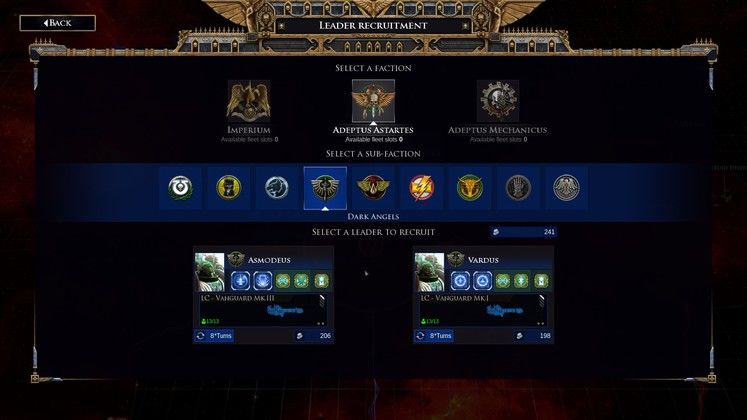 Battlefleet Gothic: Armada II is a surprising game, not only because of its high production values, but it’s a really good 40K game. The fleet size and leadership limit of engagements could be slightly loosened to allow for more capital ships to be fielded at the same time – and it would be great to actually be able to regularly field mobile-fortresses outside the prologue – but while Armada isn’t big on scale, it is big on fun. It is one of the rare good entries of Games Workshop’s liberally licensed universe, and as such, it is a must-try for any fan of the Warhammer 40,000 universe.

Ramming a mobile-fortress at a fleet full thrust and dragging half a dozen enemy ships along with it. 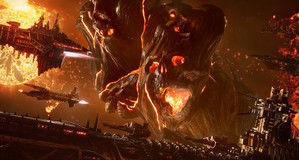