The best of city sims and real-time strategy in space

My space colony is looking grand. I’ve just finished adding on a new hanger and adding another ship to my active fleet. A distress beacon comes up. I take my ships to respond and route the pirates that had attempted to attack a transport vessel of a civilization I’m in alliance with. This brings credits to me and strengthens our bond. Suddenly, I see a battle on the outskirts of my territory and another option to collect precious resources. If I go to one I’ll lose out on the other. I ponder my needs and take the best course for the propagation of my colonial utopia. These are the snap decisions you face in Beyond Sol, and I loved every second of it.

Coming out of Praxia Entertainment Inc. which boasts professionals from BioWare who had a hand in AAA titles such as Mass Effect, Beyond Sol is ambitious. It takes city sim mechanics, challenging you to build a self-sustaining colony, and blends it with real-time strategy, allowing you to command a single ship, surround it in a fleet of other ships, and travel the galaxy in search of any materials which might help you build. Beyond Sol takes a lot of things that make other games good, but it doesn’t even feel like it gets bogged down trying to be too much of something else. 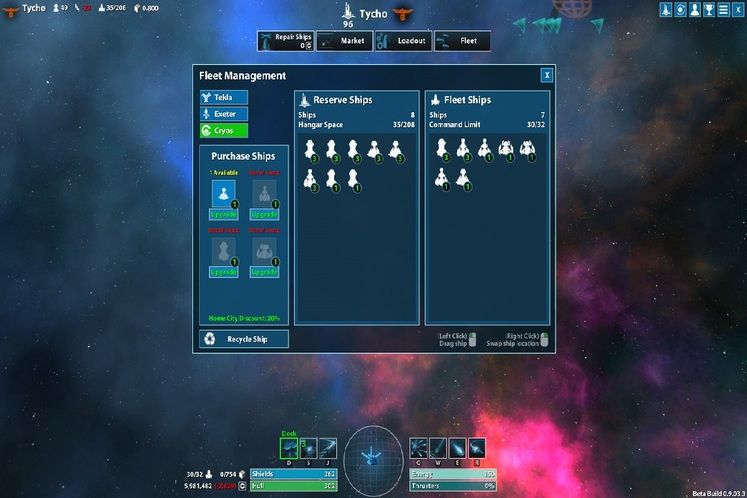 You start by establishing a command center. This is the core of your city and everything else builds out from it. You’ll need population centers to raise the number of people living in your colony, power stations, commercial centers to build a constant revenue, and quite a few other options. Each building offers different benefits that will help you succeed in building the best colony you can. Furthermore, each building can be upgraded several times to increase its output for your cause. You’ll end up using a lot of the buildings at least once, but you can favor a certain type that will fit your desired playstyle best. The level of customization in Beyond Sol is rather inviting and enjoyable.

As the leader of your colony, it’s your job to survey the territory established by your colony and scrape up materials for progression. To this end, you control a ship. You will spend much of Beyond Sol in direct control of said ship, using it to explore and interact with the galaxy around you. You use it to establish remote facilities in your territory, such as mining facilities to gather resources for you and radar facilities that detect incoming threats to your base. Of course you will need it to explore the unknown beyond your own backyard as well. 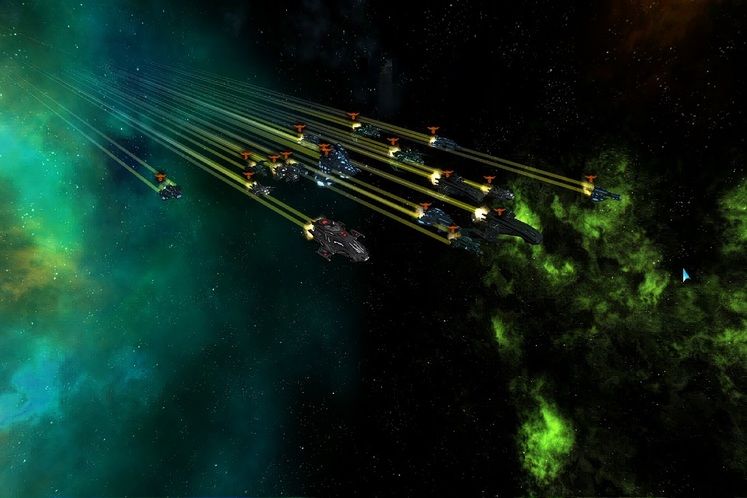 Your first ship is simple, but there are several options to choose from, running the gamut from slow with heavy armor and cargo to fast and maneuverable with low armor and shields. Even further, you can gird yourself with a fleet which will follow you on your travels. The structure of your fleet comes from what company you invest in. There’s a company that favors energy weapons for destroying shields, one that favors ballistics for ripping ships apart once shields are down, and a final that offers the best defensive options available. Each supplies weapons and abilities you can upgrade your ship with, as well as specific ships to add to your fleet. You can build more than one company, but I found dedicating myself to a certain one allowed access to greater weapons and ships that came with investing in it.

Beyond Sol’s game board is not limited to your territory. There is a vast galaxy beyond your borders populated by space pirates and other colonies looking to build their own dominant civilization. Interactions with space pirates will always be hostile. They often supply the source of trouble behind distress beacons and battles in free space, but dealing justice on them supplies you with monetary rewards and good favor. Other colonies are more tricky. The A.I. players will be militaristic, economic, or diplomatic, signifying their end goal. This leans to one favoring alliances and economy while another might favor war, either with you or others. It’s a simple, yet genuinely enjoyable system that will determine the way in which you handle one colony from another. 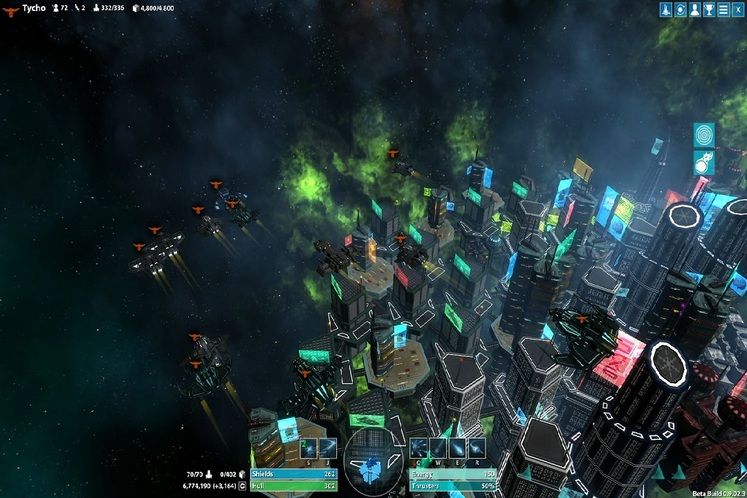 There are three ways to win in Beyond Sol, as represented by the three colony archetypes. Military victory means having the strongest force and subduing the most enemies. Economic victory means having the largest and most financially flourishing city. Diplomatic victory means attaining peaceful accord, trade, and alliance with the most colonies. Each brings a different challenge. I went after diplomatic victory and almost ruined myself in a war with another colony, which stifled opportunity for alliance with others. I had to build up a standing army and deter the enemy long enough to call truce before I could dedicate all of my forces back to diplomacy. It was a difficult balancing act to accomplish and I can safely say the way the system and the colonies are, there must be a similar challenge in a military or economic victory.

If Beyond Sol has any flaws, it’s the save system. You start a game by creating a galaxy save file and loading your colony in. This serves as the save file for your continuous session. It only allows for auto-saves when you quit the game though. There’s no keeping an instance or separate save states. You can only stop when you’re done and pick it back up where you left off. It’s not the worst thing ever and it’s nice that it keeps your progress, but I wish there had been more of a save system than what’s offered.

Beyond Sol is some of the best things of games like Sid Meier’s Civilization, Sim City, and MOBA like control of your ship and fleet and combines them into one heck of an experience. I’d be hard pressed to remember a time I found a game so relaxing, yet stimulating at the same time. I lost hours playing it and I didn’t even realize it because, like some of the most addictive games I’ve played, I just had to do one more thing, then one more thing, etc. If you’re a fan of strategy games like Civilization or city building sims, then you owe it to yourself to check out Beyond Sol.

I fought off a tyrant colony, battled dozens of pirates, and finally found my way to alliance with one last colony, ensuring diplomatic unity across the galaxy. I had accomplished my goals and the game asked if I wanted to keep playing or retire. So many hours in, I happily retired. So many hours in, victory tasted so sweet. 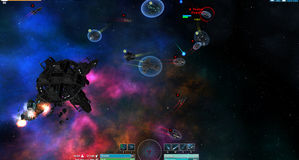