A challenging, turn-based Alchemy 'em up 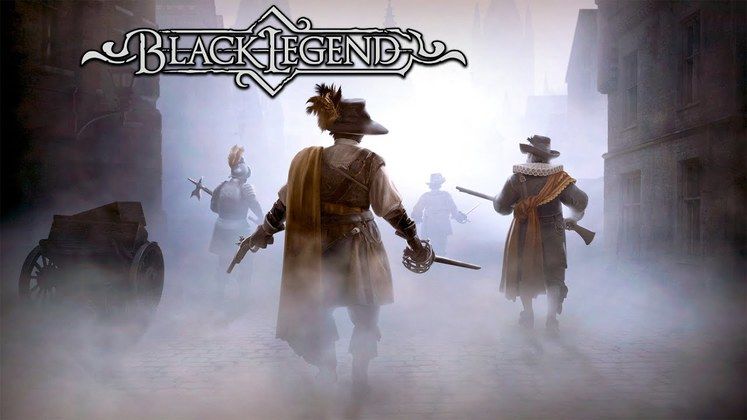 If I knew the result of me using this kind of analogy wouldn’t be people in the streets calling for me to turn in my badge and keyboard, I would be tempted to say that Black Legend is “the Dark Souls of turn-based party RPGs”, but you, dear reader, and I know that wouldn’t do justice to either game. So, I will instead settle for a different thesis: Black Legend tries (and succeeds!) at being a tough-as-nails turn-based RPG in a spooky city, but suffers from a series of small missteps that keep it from being a classic.

Grant… the Big Apple… the greatest city in the world… so you’d think. In reality, the city of Grant in which the game is based, is somewhat reminiscent of big cities in the Low Countries sometime in the 16th or 17th century. Think of an Amsterdam, but instead of canals, there’s evil cultists. Because of course there are. 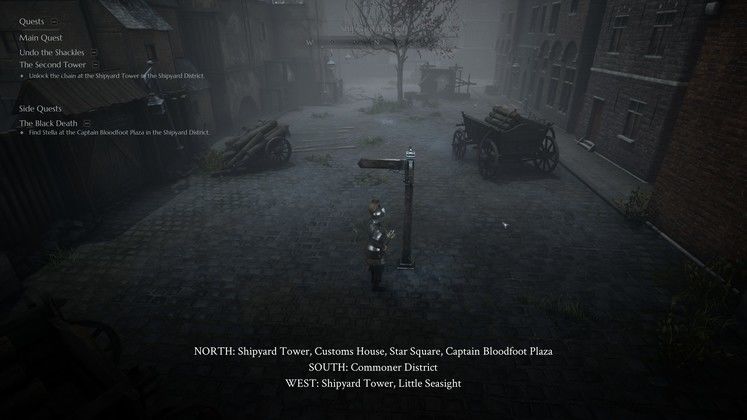 The premise for you and the lads and lasses of your group venturing into such a cursed place is simple: you committed some sort of crime or otherwise offended your king. Your sentence is to rid Grant of the cultists and the strange miasmic fog they have created that hangs over the city. The setup here is decent and gives you a good reason for not being able to leave for more help, though one does wonder why the king said “I’m sure THIS time, four people will be enough to do the job.”

As you start off in Black Legend, your player character is taken through a brief tutorial, brought to a hub, and given a pat on the back before shoving you out into the world. Grant is a strange, dangerous place, and the game does not hold your hand when exploring. Cultists prowl the streets, instantly dragging you into battle if they see you, and this can frequently be a death sentence for your party.

Grant is a confusing town to get around, with several different districts throughout the city, and the cultists have, as all video game bad guys do, put up annoying roadblocks to force you down certain paths. Coupled with the cluttered nature of a town without modern infrastructure, it can be a struggle to get around. I quite like this, actually, as while there isn’t a map to be found, you can rely on signposts to direct you to points of interest, and it becomes a game of looking for intersections for these signs. 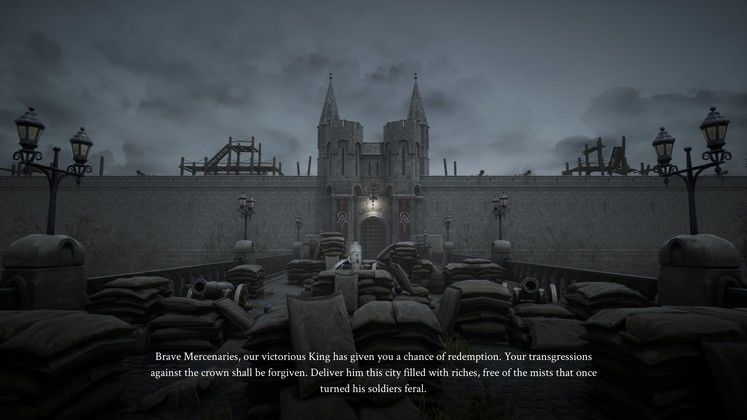 You’ll end up spending a fair amount of time coming from and going to these districts, and will get familiar with the layout of the city quite intimately. The most notable character in the game is, in my opinion, Grant itself, for the personality it brings, with winding streets, crowded houses, skulking cultists, and the occasional home with the lights on, a signal to come and chat for a moment, a brief reprieve from your mission into town.

About the aforementioned cultists: there’s a lot of them, some of them hit like the not yet invented tractor-trailers, and they want you very dead. The moment they see you wandering the mean streets of Grant, you’ll instantly be pulled into a battle setup screen where you can place your four party members on a somewhat small grid, complete with facings.

Once combat begins, you’ll find that turns are decided on a specific character’s initiative, not on teams, and initiative is frequently decided by armor. Therefore, the nearly naked cultists you find will frequently attack you first and hit your fellow mercenaries, giving them stacks of colored triangles. “Colored triangles?” you ask. “What does that mean?” Well, let me explain the most important system in Black Legend: alchemy.

Alchemy, unlike in real life, is very real in Black Legend, and is the basis of the combat system. There are four elements: Rubedo, Nigredo, Citrinitas, and Albedo. They’re much more recognizable with their associated colors: red, black, yellow, and white. You’ll notice that every combatant’s icon is a diamond, with each side having three outlines of triangles, and each corner having a bigger outline. 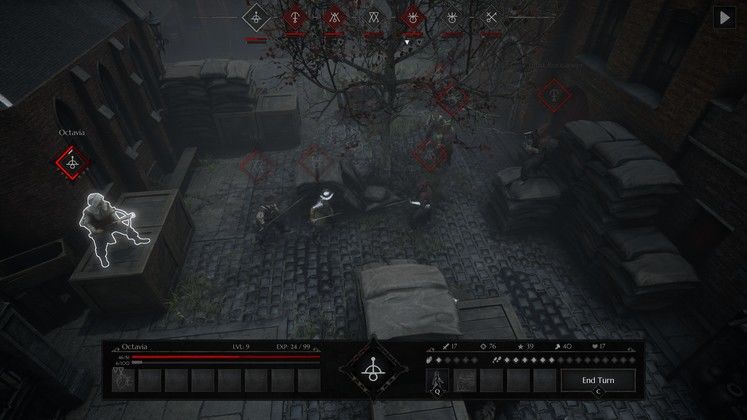 Most of the special abilities in the game add stacks of a certain element. When certain combinations of the elements (or humors, in this case) are stacked on a combatant, an attacker can perform a “catalyzing attack” to consume the stacks of humours but do a huge amount of damage to the combatant. What abilities you can use also depend on your character’s class, weapon, and if they have any cross-class abilities. This sounds complicated, and to be honest, it kind of is, but it becomes second nature after some time.

Outside of this big part of combat, players of recent turn-based RPGs should be well acquainted with the combat of Black Legend. Each character has a pool of movement points and action points that feel frequently limited, especially towards the beginning of the game. Action economy- that is, the ability of each side to use more actions than the other, is incredibly important, and you’d be wise to steer away from engagements you’d be outnumbered in. Most characters get one attack a turn at most, and it can be very difficult to stretch that into a meaningful turn. 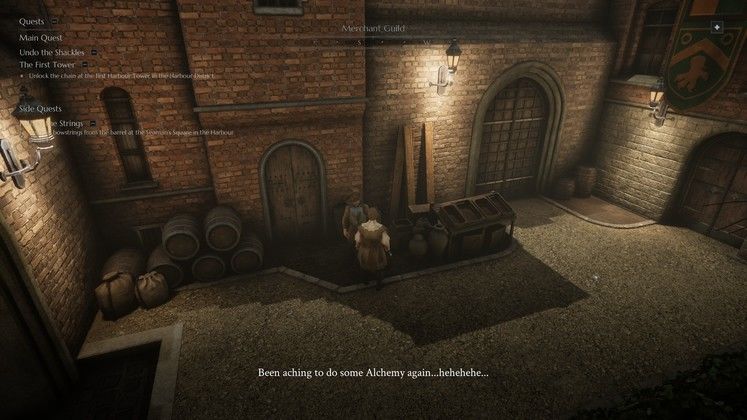 The low amount of actions per turn means planning ahead is important, as you’ll have to figure out the way to best stack humours on an opponent and then catalyze them over several turns. Hitting enemies with non-humourous (my phrasing not the game’s) attacks won’t do much damage, so making sure you’re building up stacks of humours on the enemy is the thing to focus on in combat. The wrinkle in this is that the enemy will do the same to you, as your party can fall victim to being catalyzed to death. Permadeath exists on harder difficulties, and due to the dangers of alchemy, it can be extremely punishing.

The bulk of the game revolves around combat and finding your way to and from various places in the city, mentioned above. There is a regrettable lack of character or party interactions; your four mercenaries are silent protagonists without much character, which is a shame. The town itself has such character, but your group is a band of untalkative killers.

My earlier comparison to Dark Souls wasn’t just a comment about the difficulty of the combat and city crawling aspects of Black Legend. The mute protagonist(s) and the interesting, haunted locales are similar as well. This is not a bad thing, but another area that Black Legend borrows from Dark Souls is in the chatty NPCs. These fine folks love to talk at you, sometimes for over a minute at a time. You can almost hear the Dark Souls-y old woman voice cackling at you as you traipse around town.

These characters vary from okay to grating at worst, and one of my chief complaints with the game comes from the writing in-game. The story and characters feel like they have more going on behind the scenes, but you’re not given much to go on, which is a shame. The world Grant inhabits is interesting, and I’d like to know more about it. 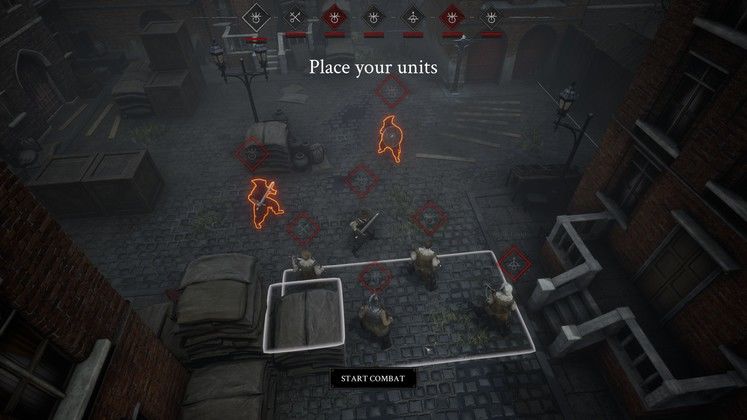 These NPCs also highlight the frustrating economy of the game. On most difficulties (I’m playing on Normal), player characters don’t heal after combat, and heal a pittance when traversing between areas (and occasionally on some other triggers I haven’t figured out yet). This would be fine but for the fact that you can’t use healing skills outside of combat, which is a big RPG sin, and similarly, healing vials are hard to find and EXPENSIVE.

You don’t make too much money from looting chests or dead cultists, nor do the missions NPCs send you on tend to give you much, if any, coin. But even if you scrimp and save, a very large chunk of your fortune will go to buying healing materials, to the point where only about midway through the game was I able to consider buying any equipment outside of healing draughts. Systems like this toe the line between challenging and frustrating, but the way this works in Black Legend has been maddening. Especially since you can’t run from combat. Bleh.

I don’t have many other issues with the game in terms of mechanics, as the sins committed above account for most of the problems I had. There were some smaller bugs I saw here and there, but nothing really notable, and even then I’m playing a pre-release build, so I’m expecting them to be squashed by release time. The game has otherwise performed beautifully. I have an older graphics card in an Nvidia GTX 1060 (due to scalpers not letting me upgrade), 16 GB RAM (which is highly unnecessary for the game), and an i7-9700K CPU, and had no performance issues whatsoever.

Black Legend was reviewed on the PC and a copy of the game was provided to GameWatcher by the publisher, Warcave, for free.

Black Legend isn’t perfect, but it brings some really solid pieces to the game as a whole. The town is interesting and is designed well, the class system allows for a good amount of freedom of player choice, and the alchemy system is pretty novel. The writing (or lack thereof) is a stumbling block, along with the difficult healing system… but the atmosphere really draws you in and leaves you wanting more of Grant and its mysteries.

The first boss of the game falling to a lucky, last-minute critical hit from my rogue, saving my whole party. 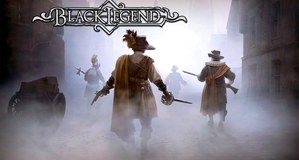