Call of Duty: WWII Is A Beautifully Dark, But Flawed Return To The Series' Roots 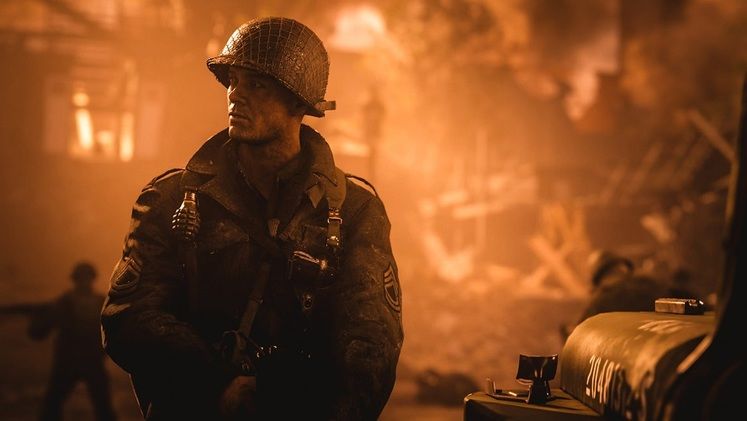 Nine years is a long time to break away from a habit. It was in 2008 that Treyarch and Activision released Call of Duty: World at War, marking the last chapter the world-renowned shooter series would spend on World War II for years to come. Now, with Sledgehammer Games at the head of the project, Activision has chosen to return to history’s most large-scale conflict with nearly a decade worth of improved technology, tight storytelling, intense multiplayer, and Nazi zombies. Call of Duty: WWII brings an impressive blend of nostalgia for the series’ roots and a benchmark for how far it has come, though it seems to miss out on a few key pieces of the glory days we’ve been longing for.

The campaign of Call of Duty: WWII takes place on the Western Front of Eurpoe, specifically starting at the invasion of the beaches on D-Day, June 6, 1944. The story is centered almost entirely on American forces, placing the player in the role of Private Ronald “Red” Daniels and his squadmates in the First Platoon as they fight their way from the beaches, across the countryside of France, and into the heart of Germany itself. 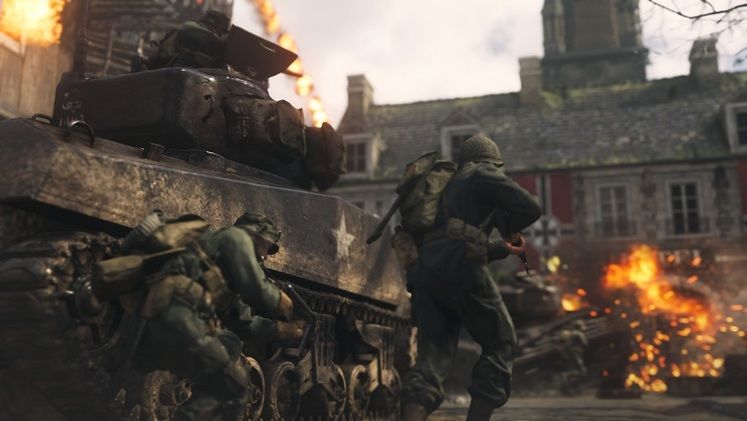 The campaign hits various hot spots of previous World War II shooters such as the Ardennes Forest, the aforementioned beach landing, as well as lesser-tread ground such as the Battle of the Hedgerow and even some slightly surprising and seldom tread ground that we won’t spoil here. Along the way, players primarily control Daniels, though there are a few spots where other members of the story come into play. Throughout the game, players occasionally commandeer vehicles like tanks and planes or go covert on spy missions to intercept information and sabotage fortresses for Daniels and his crew. The spy mission feels particularly neat, putting players in the role of a French Resistance agent and going a very smart way with it as opposed to the usual Call of Duty brute force tactics.

As much as we could gush over the campaign and its capture of the darker and lighter moments of brotherhood, death, and madness in the heart of war, the different perspectives feel very limited by comparison to previous Call of Duty campaigns. One of the biggest staples of many World War II-centered Call of Duty games leading up to World at War was the inclusion of battles on various fronts from the perspectives of various soldiers, such as the British or Russian invasions that took place. Though WWII tells a tighter, more focused story, it feels like a somewhat lost opportunity to see it focus almost solely on an American campaign with little to no attention paid to other angles of the conflict, especially when one of its best missions steps outside of Daniel’s boots. 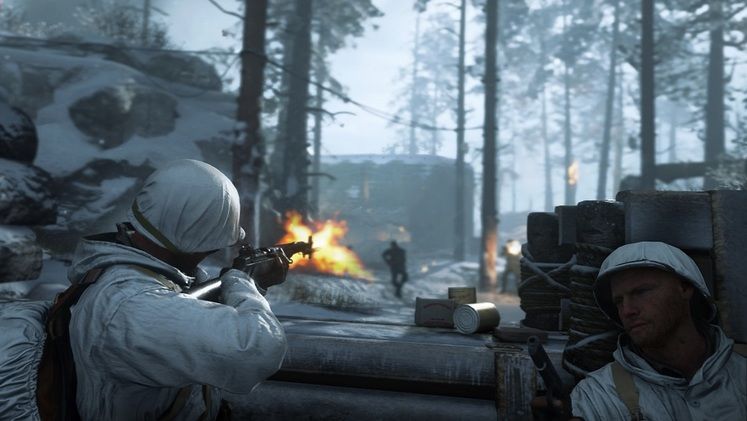 One of the more glowing aspects of Call of Duty: WWII is the control and feel of nearly everything. It’s been a long time since we got to handle Tommy guns, MP40 and 44s, and Lee Enfield rifles in their proper context, and WWII does a grand part in reinventing these guns, but also making their designs more sleek and impactful than ever before. These come in alongside a slew of interesting additions used in small or large part across the countryside during the Allied invasion of the European heartland. In addition to this comes a more traditional style movement compared to the high-flying double jumps and wall running found in previous Call of Duty games.

Despite limiting the game to boots-on-the-ground movement, WWII feels smooth in combat and flow for the most part. When you’re moving and shooting, control in WWII almost always feels tight and satisfying. That said, there are some tedious gimmicks, especially in the campaign, that feel unfortunate and sloppy. On occasion, you will be tasked with optional “heroic actions” that ask you to save fellow soldiers or spare enemies. One of them often requires you to drag wounded soldiers to a marked safe spot. These moments have you clumsily move the wounded soldier around. It’s more than cumbersome though. There is some sort of tank mechanic to it that has you moving in sloppy ways with the soldier and all-too-often getting caught up on walls in other obstacles, leading to some frustrating deaths in the process. Thankfully these gimmicky segments are short, but each one has us counting the seconds before we could get back to the goods. 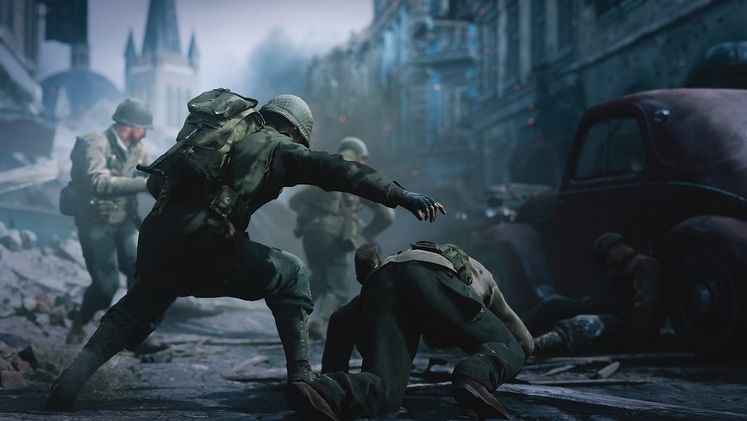 In doing multiplayer this iteration, Sledgehammer took on some interesting decisions. Standard modes like Deathmatches and Domination, but an interesting new Headquarters hub and an objective based War mode join them. Call of Duty has played with in-between-action hubs in the past, but never in multiplayer. This is a Destiny-esque affair where various players exist in an Allied camp. Here, they can take on challenges, collect rewards, create custom emblems and gun paint, and more. Taking on the challenges is all about earning loot crates. In addition to the normal player progression to unlock weapons, COD: WWII features loot crates that offer various cosmetic stock like emotes and uniform pieces, but also occasionally rare versions of guns that offer a perk or two over their vanilla counterparts. The headquarters is okay, but more than anything, it’s mostly just a center to challenge for and open whatever supply crates you’ve earned outside of standard COD multiplayer options that once existed in a menu.

War mode on the other hand feels like a rich addition to the COD multiplayer circuit. In a fashion similar to Overwatch, teams take on offensive or defensive roles and fight over various segments of a battlefield. The offensive team attempts to complete a series of missions like holding a house Domination-style or building a bridge while the defense attempts to hold them off until a timer to run out. War mode feels like a great change of pace because it asks players to cooperate more deeply and even take up team-serving roles. Will you pop some smoke for your allies on the objective? Will you provide sniper cover over the objective or assault directly? These are questions that matter in War mode and a combined team effort will almost always trump the fragmented efforts of individuals. 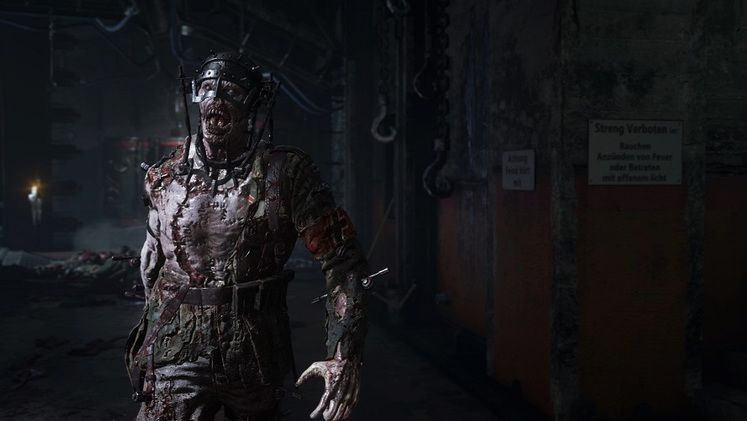 Speaking of combined effort, Zombie mode returns in full form. Interestingly enough, this one feels quite a bit less light-hearted than many of the previous COD Zombie modes (especially considering Infinite Warfare’s took place in a stylized ‘80s horror carnival with Paul Rubin as the villain). It might be biting off of the intense beats of the main story, but in that way, the tone of this zombie mode feels more like Killing Floor and less like COD Zombies. Nonetheless, it brings us a whole new host of interesting secrets to unlock and fun ways to approach them. You won’t just be surviving waves of undead. You’ll be taking up specialized and upgradeable roles like medic or tank to help your team survive and working together to solve puzzles that advance an overarching story in the mode. All of it together makes this an engaging mode well worth exploring whether you’re a COD Zombies fan or not. 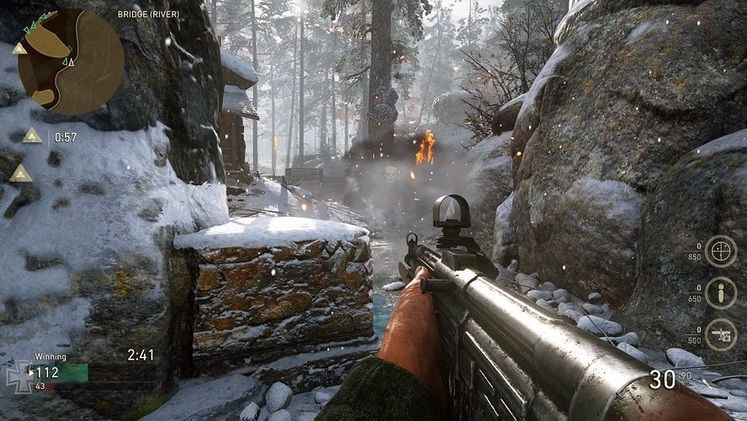 In nearly all areas, this iteration of Call of Duty was about taking a darker, muddier, and more gruesome look at the intensity of World War II. In many ways it succeeded. From riding through the surf to Normandy under a hail of artillery shellings, aircraft guns, and bunker fire, to the frigid cold and desolation of the Rhineland as the Allied forces closed in on Hitler in the Winter, Call of Duty: WWII runs all soldiers through the ringer, dirtying them and disfiguring them inside and out as it tells their stark story. Every detail from weaponry and their actions to the scars they leave on the land in Call of Duty feels well captured in the depths of its characters and the maps they traverse. Visually, we found very little to complain about and WWII gives you a solid technical toolbox of options to tailor the experience to your liking for the sake of either quality or performance, depending on your preference. That said, it generally delivers a solid balance of both in nearly all areas.

In terms of bringing old-school Call of Duty up to modern standards, Call of Duty: WWII does fairly admirably, but at the same time every end of it feels like something is missing. The campaign is a tour and spectacle of the terror and intensity of the conflict as the Allies fought their way into to the Eagle’s Nest, but the forgoing of nearly all outside perspectives in favor of an all-American campaign feels narrow in comparison to previous COD outings that have tackled this subject matter. Likewise, multiplayer is as tight as ever and War mode is a solid addition that we hope to see built upon in all further Call of Duty content, but the hub feels tacked on. Zombie Mode is still Zombie Mode and fans will find a lot to discover and challenge in the new scenario, but the stark tones might put off the more lighthearted fans of the mode in its previous incarnations. COD: WWII is far from the worst of the series and players will find a wealth of well-crafted moments and design here, but a few too many oddities and omissions keep it from being the best that Call of Duty has ever offered.

The French Resistance mission felt like a fantastic aside that not only changed up the usual gunning formula of the game, but also reminded us of why we loved the different perspectives in older World War II shooters. 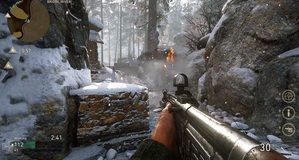