Call of the Sea

Call of the Sea Review

A pulpy eldritch story with puzzles, but more importantly, with heart 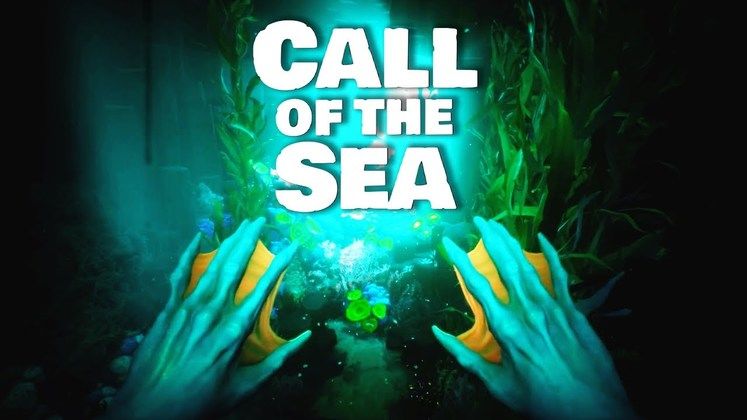 Meet Norah. She’s an art teacher from England, who is very in love with her now-missing husband, Harry Everhart. Harry’s expedition to find answers behind Norah’s medical condition (for some reason centered in the South Pacific) has been missing for some time, and the game begins with the player stepping into the sensible shoes of Norah, who arrives on the “cursed” island where her husband was last seen, hoping to find him and bring him home. But lying between Norah and a hopeful happy ending lies the usual great deal of puzzles that always await women who search for their lost husbands on cursed islands.

These puzzles are in general pretty well thought out, and will require a bit of detective work to solve. The pieces that you can connect to build the answer are never too far from you, and Norah takes rigorous notes in her notebook. Every clue to solving a puzzle she inspects, she’ll instantly copy into her notebook, which is extremely handy and much preferable to jotting something down on a real piece of paper. Gross!

There’s the occasional misstep in an otherwise solid puzzle system, however. Frequently, a puzzle will require you to view the puzzle itself before Norah will jot notes down in her notebook for it, so you can sometimes think “that must have not been important/ related to the puzzle” because Norah didn’t think so at the time either. This makes sense in the story, but can lead to frustrating moments of backtracking and inspecting everything until she throws something into her book. 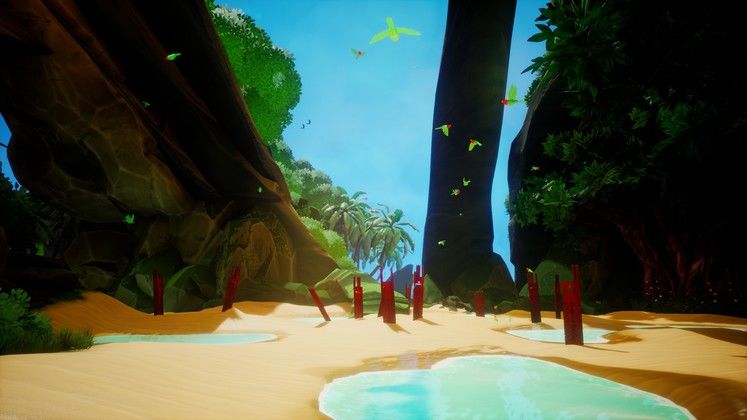 Overall, the puzzles are enjoyable head-scratchers; most of them you can figure out after a few minutes of tinkering and checking your notebook. It’s genuinely a pretty relaxing experience, as there’s rarely a time-crunch that will force you to solve quickly outside of a few very forgiving timing puzzles later in the game, so you can wander and ponder to your heart’s content. There is only one puzzle that, admittedly, I wasn’t able to solve in the game, as the systems involved in it were complex enough that it led me to banging Norah’s head against the wall to hopefully shake an answer out. Embarrassingly, I accidentally brute forced it while toying with the pieces of the puzzle, and still have no idea what I did to make that outcome happen. The game could do with an optional hint mode to help players when they get stuck, especially since the star of the show is the story, not the puzzles.

Norah is fortunate in that the island presents to her only puzzles to impede her progress. And a good thing too! I’m tempted to call (of the sea) Call of the Sea a walking simulator because of the glacial pace she moves around. Her “sprinting” amounts to your average first-person game’s walking pace, and her “walking” reminds me of when I could barely move from a bout of bronchitis. This is all fine though, as it gives you more time to see the utterly gorgeous environments dotting the island. The game has stunning art direction, and is one of the better looking games I’ve played in years, especially surprising when coming from an indie studio. Every area you enter will be visually distinct from the previous section, and every chapter provides beautiful landscapes. 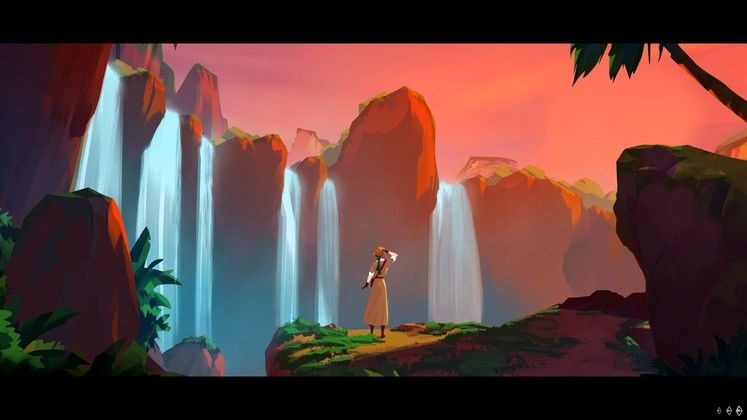 Norah constantly narrates, providing story background, commenting on what she sees on the island, and speculates on what’s waiting for her ahead. The writing can be very “tell, not show” at times and feels ham-fisted at points, especially in the opening section where she throws extreme amounts of exposition at the player as she wakes up. But, the writing really shines when Norah talks about Harry, or you find a letter left by Harry talking to Norah. It’s very clear that these two characters love each other, and the writing works well in these moments. Norah and Harry both have excellent vocal talents behind them (Cissy Jones for Norah and Yuri Lowenthal for Harry), and their performances are some of the best parts of the game. Their relationship is the most compelling part of the story, but as for the rest of the plot…

I’ll be direct with this: if you’re remotely familiar with Lovecraft-inspired fiction, you will probably be able to figure out where the story is going well in advance. As a matter of fact, I immediately figured out the general plot of the game from the opening lines. I won’t point out what it is that made it so obvious, but I did end up laughing when I got to the end of the game, having called the story beats several play-hours earlier. That’s not necessarily a bad thing, as the journey to get to the end is enjoyable enough, but there’s not much mystery in figuring out what lies at the end of the game. 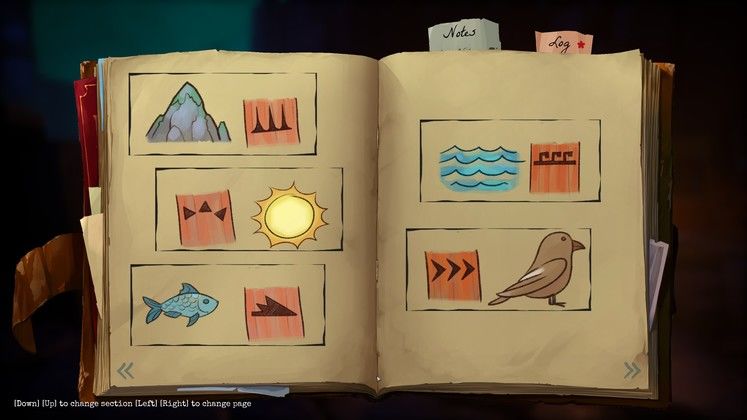 The ending was unfortunately disappointing, and it is hard to say that, because I did enjoy the story and the characters, but it doesn’t exactly feel satisfying. The player is prompted to make a choice that feels like it comes too soon, as the game dangles cool concepts over your head and says “we will tease this, but you don’t want to see any of this cool stuff.” Neither ending felt as if they wrapped the 4-5 hour story up as well as it could have been, and a brief post-credits epilogue reveals that not much changes based on your decision anyway. The story still works, but it could have been better.

CALL OF THE SEA VERDICT

Call of the Sea feels like a mix between a puzzle game and a 1930s pulp novel. It blends these varied genres to mixed success; the puzzles are largely solid but you can find yourself banging your head against the wall in frustration for some, and the writing can be a bit campy but is carried by brilliant voice acting. While the game is decent, the visuals, the acting, and the setting are top notch. If entered with the right mindset, The Call of the Sea can be a good companion for an evening in.

A very cool sequence that sees you stumbling through an old, dried out desert.

Call of the Sea Essentials 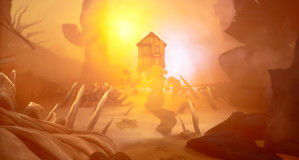