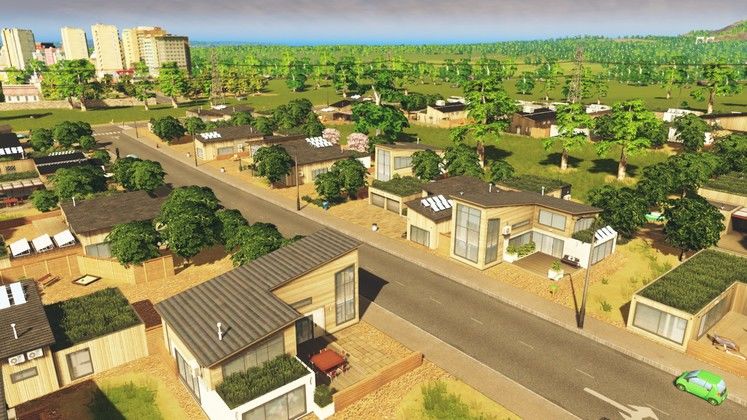 Cities: Skylines - Green Cities is the latest in a long line of relatively inexpensive add-on packs for the city builder that crushed EA’s dream of ever being crowned the king of the genre once more. Just like every expansion before it, Green Cities focuses on a specific aspect of city life rather than throwing a bit of everything in at once. As you’d guess from the name, we’re going eco-friendly.

Adding around 350 individual assets to an already massive game, you’ll have to spend a lot of time trying to find them all. This doesn’t exactly translate to as many new features, but that’s 350 new things in a city that were not there before. Most will simply be new randomly generated residential and commercial buildings spread across their usual land value-based upgrades, but Yoga Gardens, Community Pools and many floating island services – like a restaurant – will certainly pretty up your spaces. 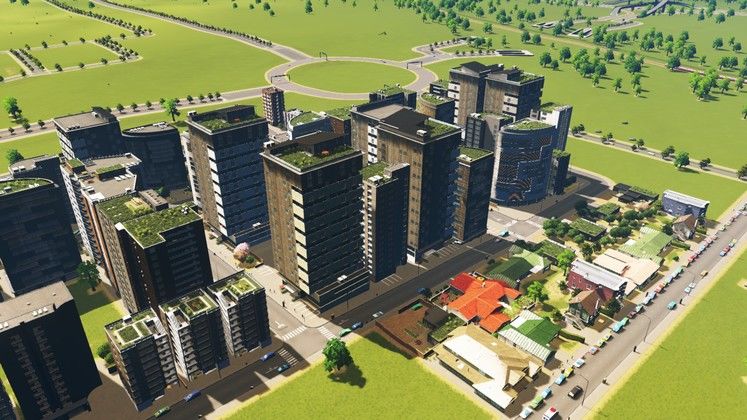 Toying around with a new city was in order see what had changed. Immediately clear when compared to dozens of hours with the base game alone, most building tabs had something new to offer. One of the biggest changes both players and citizens will have to adjust to, however, is the introduction of electric cars.

Commuter noise pollution is now based on actual traffic rather than individual roads; meaning new policies that ban combustion engines will aid in the solution by pressuring people to switch to quieter electric engines. To make the most of it, it’s advised you give them somewhere to go. More parks and services are never a bad thing. An hey, less pollution for less noise? We’ll take it. 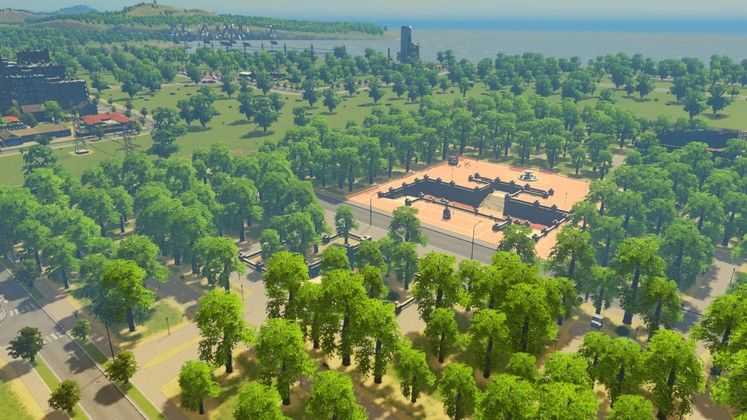 Don’t expect to go 100% green straight away, though. It’s possible before reaching 1000 citizens, but setting up the districts needed to dictate more energy efficient structures isn’t possible until you’ve unlocked the Zoning feature as normal. Thankfully, the rest is pretty straight-forward. There’s no need to swap out traditional water pumps for eco-friendly types later in your city’s life, and wind turbines have always been available from the get-go.

Things get even cooler once your start ridding river pollution with a floating garbage cleaner. There’s always something new and cool coming your way as your city grows.

Still, it’s a little sad that ‘going green’ isn’t possible as you place your first road, but it only takes 420 citizens to begin unlocking new buildings like the Community School and Recycling Centre. Both are a far sight prettier than their older equivalents and even the High School and University have eco-friendly alternatives. They have their ups and downs in the name of balance, of course, but they hardly restrict your vision of a sustainable city of the modern age. 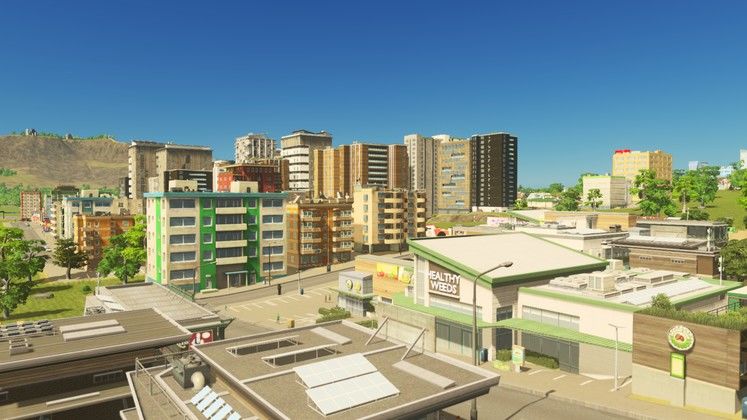 I’ll admit, it’s taken me this long to feel the need to expand Cities: Skylines above it base offerings. Now I understand why. Each expansion brings heaps of free content to owners of even just the base game, so you might only pick up the full bag if it focuses on what you need. For me, Mass Transit feels unnecessary; whereas for others that may have been all they ever wanted. Green Cities is like sugar in this case. I don’t need it, but I want it.

There’s something to be said when a building can emerge from unsightly scaffolding with grassy walls and make me grin. Forcing my people to go green with little more reason than ‘it looks nice’ is empowering. 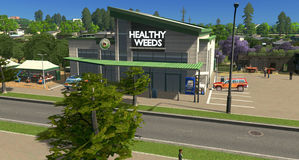