This Nautical Puzzler excites, but is bogged down with bugs

With so many games putting players in the shoes of police or special forces units, it’s refreshing to see a game about a less recognized branch of law enforcement. Coast Guard is a mystery/puzzle game that takes you on the high seas for a dramatic murder conspiracy, but also lets you experience some of the more common tasks performed by these seafaring law enforcement agents.

You play the part of Finn Asdair, who leads a fully equipped Coast Guard team, rescuing people and keeping the oceans safe. That equipment includes a mothership, complete with fire fighting gear, an interrogation room, and lab. There is also a smaller daughter boat that is used for rescuing castaways, collecting water samples, and chasing smugglers. Throughout the adventure, you’ll switch between piloting both of these craft to complete missions, but you’ll also spend a fair amount of time on land, working through puzzles and trying to solve a mystery. 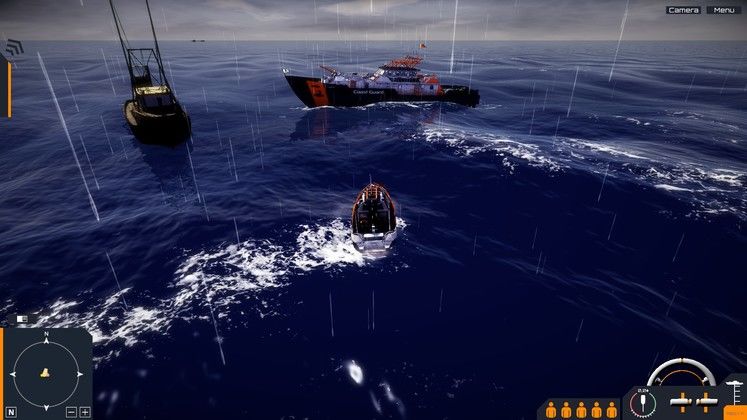 With the amount of time you spend navigating the seven seas, it’s no wonder that water is one of the games most impressive features. From the opening boat chase and through several rescue missions, looking at the water is always impressive. The water sprays as you speed through it, with waves and the wakes of other boats having a real time effect on your craft. The waves are especially challenging when it comes to water rescue missions. Learning to steer your boat while being jostled about by 5 foot waves definitely takes some getting used to, and bobbing castaways make lining up a rescue tricky even with practice. The boats also feature some impressive cosmetic detail, like waving flags and rotating lights. Unfortunately, while the water itself is amazing, and the boats are pretty to look at, sometimes the water clips out those boats, which is a bit of a distraction.

As praiseworthy as the water and boats are, they seem to be where the developers spent all of their time as well. This leaves the human characters that you interact with a bit stiff and static looking. The solid environments could also have used a bit more attention, with things like invisible walls blocking your path or spaces where you need to crouch not being readily apparent. There are also many graphical bugs like interactions with doors popping up through walls and your targeting reticle for your gun showing up even though you don’t have a gun equipped. In one stage, the target boat didn’t even spawn, forcing me to abort the mission and do it all over again. 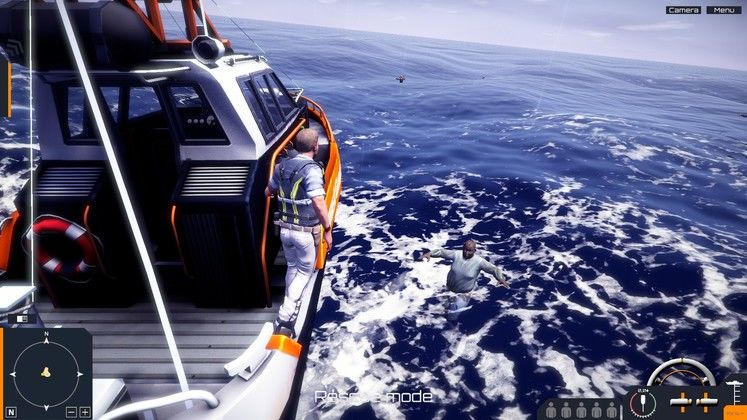 Rescue castaways before time runs out. And try not to hit them with your boat!

The music and sound effects are another mixed bag. The soundtrack has several songs which fit their setting and are simply nice to listen to on their own. At one point, the volume of the music changes based on your proximity to its source on the ship, which is also a nice touch. The sound effects that are included in the game are well done, like seabirds cawing, engines revving, or squeaky doors opening. There are several sound effects that are conspicuously missing however, in particular any clang or even a thudding sound when you run your boats into other objects. Finally, the voice acting left a lot to be desired. While all the dialogue is voiced, it is often missing proper inflections or emotions. There are also quite a few places where the lip syncing is off, leaving mouths moving when nothing is being said. 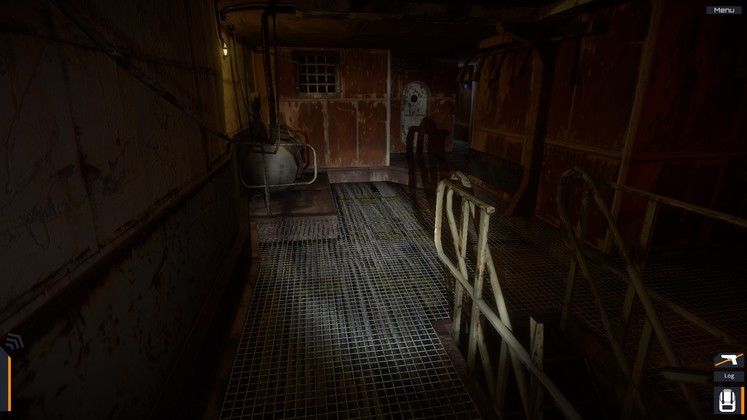 While the gameplay is enjoyable enough, what really kept me playing was the story. You start the game out almost at the end of the story’s events. Conveniently, you take a blow to the head, erasing your memory, leaving you no choice but to search a ghost ship for clues. Each clue unlocks a mission that you have to play through, bringing your memory ever closer to the present day. This gives the story a disjointed feeling which keeps you wanting to finish that next mission for another piece of the puzzle. Along the way, you get to play detective, finding clues, analyzing them in the lab, and then interrogating suspects. The puzzles range from “use this item here” to complex mazes you have to navigate. In the earlier missions, there are hints from NPCs to help you if you get stuck, but by the end, the only help you get is from your logbook, which keeps track of what you’ve done so far. The logbook also functions as your checkpoints, but usually only after a major breakthrough or completed mission. There are even multiple endings to the game.

Coast Guard is a game that gets a lot of things right, but at the end of the day, feels rushed. It’s very jarring to go from the beautifully crafted water scenes to something like an interrogation scene where the characters are stiff and lifeless. I enjoyed the story, which kept me interested to the end, and even had a few good twists. The puzzles were interesting as well until I got stuck, knowing the answer to the puzzle, just not knowing how to get the game to move on besides talking to everyone a third time. The graphical bugs seemed to get worse the farther along the game progressed as well, leaving me with the impression that the game was released too soon. Overall, Coast Guard is a good game, it just needed some more polish.

Finding all the evidence to arrest a murder suspect. It took a lot of talking, a lot of searching, and a lot of lab work, but it made me feel like a real detective. 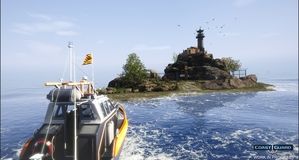