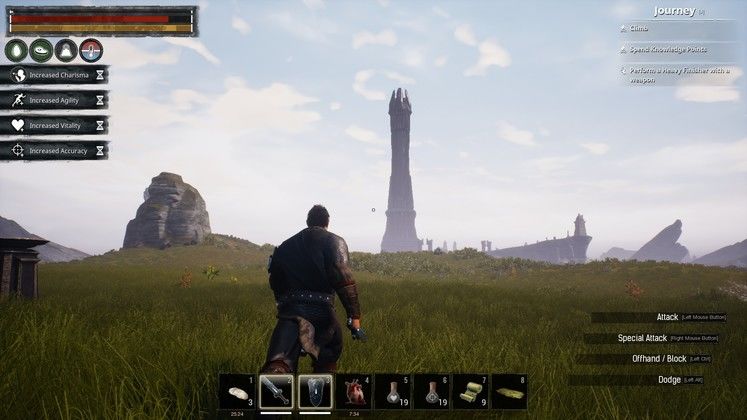 There’s a lot of survival games on the market, but few have such a good reputation as Conan: Exiles. Funcom’s MMO/single player/coop open-world title launched almost three years ago in Early Access, and is now just getting its very first expansion (albeit in Early Access).

Isle of Siptah, as the name suggests, takes place on an island. Away from the scorching Exiled Lands of the base game, the expansion features a whole new map as you create and level up a brand new character who just arrived via shipwreck. The starting experience is similar to the standard campaign, where players create their character before being dropped dead in the middle of nowhere to try and survive, with the only difference being you’re in a beach instead of a desert and there is no Conan rescuing you this time. 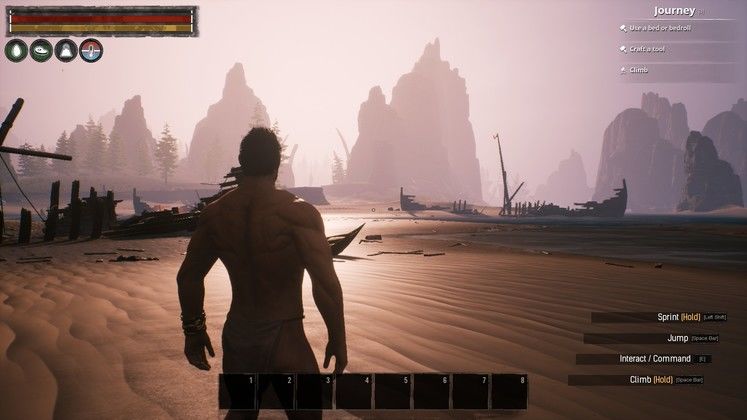 From there, you go into the usual cycle of harvest/hunt/forage in order to keep yourself fed, warm, and alive before moving on to bigger things such as creating your own clan and building whole structures. While the general gist of the game is unchanged – an expansion by definition is about giving you more of the good stuff instead of reinventing the wheel – the biggest draw of Isle of Spitah is the island itself.

Full of forests, cliffs, and mountains, the island’s landscape is made up of one big landmass and a couple of smaller ones, all dotted with the ruins of a former civilisation. The middle of the map is dominated by a giant black tower, not unlike the one from Isengard in Lord of the Rings: Two Towers, and acts as the focal point of a huge storm that periodically engulfs the isles. 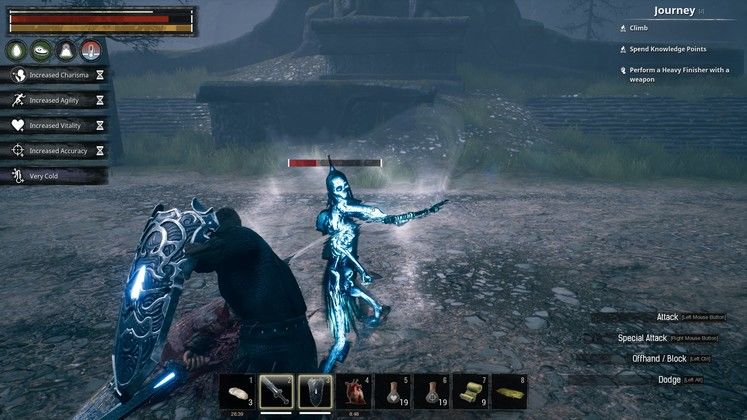 From time to time, that storm flares up, transforming the whole area around the tower and part of the island into a hellish terrain full of otherworldly creatures. Apparently, the storm thins the barrier between dimensions and lets eldritch monsters crossover, which end up fighting other creatures and each other, as well as any humans caught in the proceedings. These things even attack your player structures, which is not exactly a bad thing as defeating them wields unique resources that are essential to the expansion’s gameplay loop.

As soon as the storm passes, however, it gets a bit worse as gigantic tentacles sprout from the maelstrom above the tower and send power surges throughout the isles. Unlike the base game, these power surge events are the only way to get thralls, again forcing you to engage the threat in order to progress – after all, Conan Exiles is very much about blood. 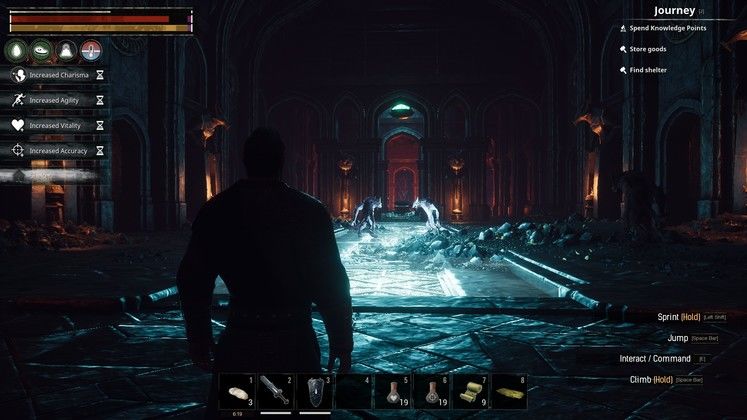 The last bit in the trifecta of new content are the vaults, which like the storm and the surges serve to funnel players towards a combat-heavy endgame. These ancient magical underground temples are built (or taken over) by a myriad of mythical creatures, and serve as dungeons full of loot and combat. You make your way through room after room before reaching the final boss, and the resources, gear, and unique recipe rewards serve to further your understanding of the isle’s powers.

Technically, the game performance was better than expected. Conan Exiles as a whole has always felt a bit raw and unpolished, in a very MMO way where immersion matters less than having giant keyboard keys on the screen, but optimisation was surprisingly okay – I never dropped below 30 fps in 4K. Aside from a crash on first load and a bug where some expired status effects and completed tutorials wouldn’t go away and kept piling on the UI, the experience was quite straightforward.

All in all, Isle of Siptah is an interesting addition to Conan Exiles, even in Early Access. A beautiful and varied map helps create a very intriguing place to explore, and the game does eventually open up from hordes of skeletons to werewolves, giant alligators, and even a dozen different bosses. Due to the large MMO-like scope of the game itself and short review time, I was able to beat most of the normal content but never got to the stage where you discover all the secrets of the maelstrom and find out if you can control the huge Kraken in the sky – but if you’re a big fan of Conan Exiles and want more than just dominating a scorching desert, give this expansion a shot and I’m sure you will be able to find out.

An interesting addition to one of the most well received survival games currently around.

Without a doubt, all the storm effects and the giant Kraken in the sky. 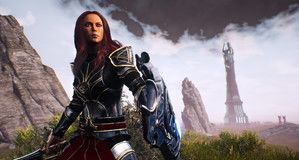 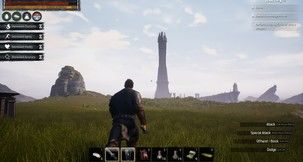