What's a Western Without Revenge? 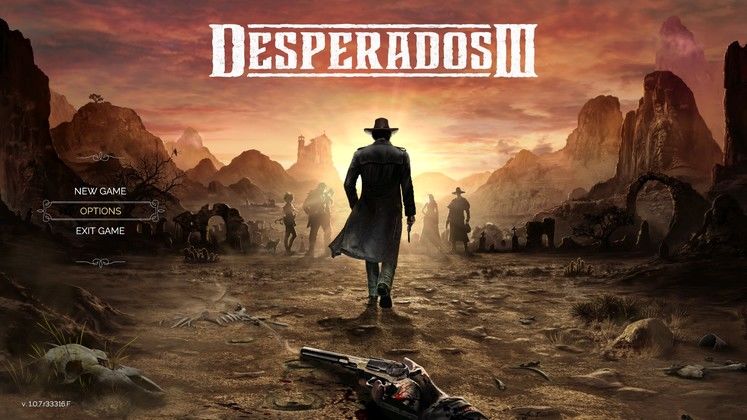 Bringing a franchise to a modern setting is a gamble. Sensibilities change, and whether or not they can move with the times is tricky. But, if there’s anyone who can bring a series like Desperados III to 2020, it’s Mimimi Games. Known as the creators of Shadow Tactics: Blades of the Shogun, that game took a lot of the Desperados/Commandos formula to this current gaming generation. It makes perfect sense to hand them the license. But is it worth your time, or is it just a cash grab banking on nostalgia? Let’s find out.

Desperados III is a prequel to the previous games in the series. We focus on our hero, John Cooper, as he vows to get revenge on an Outlaw named Frank. Along the way, he meets the doctor/crackshot McCoy and master of distraction Kate O’Hara. With the fan favorites are two new faces: Hector Mendoza, a huge tracker who sports a bear trap, and Isabelle Moreau: a woman who knows voodoo magic. Together, they work to put a dent in the immoral actions of Frank and the work he does alongside the Devitt company. 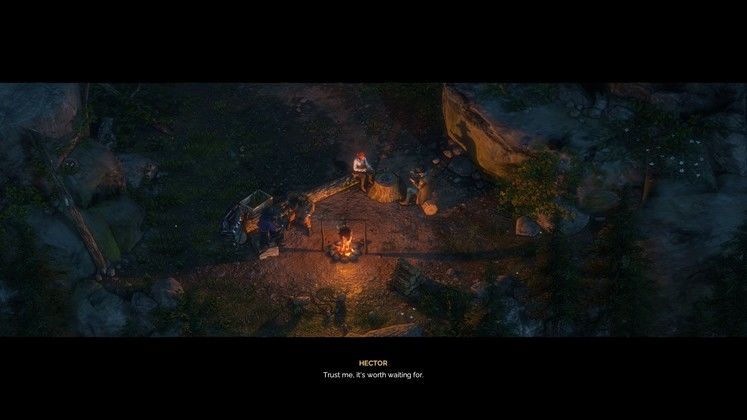 While the vengeance-based story is told as you might expect, what makes Desperados III stand out is the interactions between party members. One of the last cutscenes in the first chapter involves four of our heroes sharing a meal around a campfire, and it’s hard not to smile. Even though the game’s tactical gameplay is the main reason you’re playing, there’s a lot to love about these characters and their motivations.

Talking about Desperados III feels overwhelming at first. The basics are that it’s a real time tactics game with a heavy focus on stealth. What makes this stealth game better than others is its clarity. You’re able to view the cone of every enemy on the map, so getting caught feels like your fault. It also makes picking off enemies one by one all the more satisfying. Starting a level gives you a general outline of the map alongside certains goals. Whether it’s to cause a distraction or to take out certain outlaws, most levels can go differently depending on which goals you focus on or how you finish them. 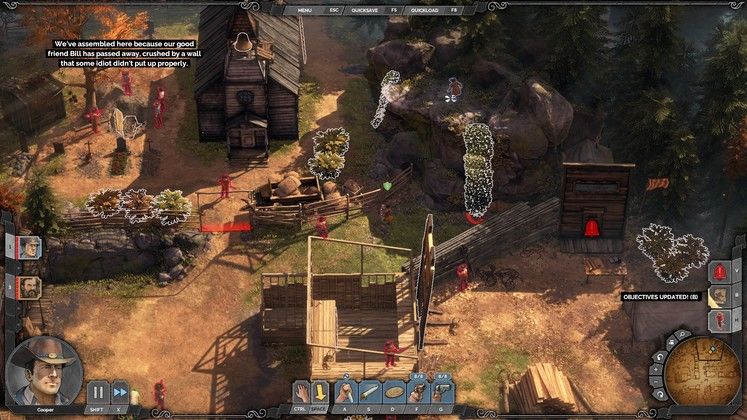 Perhaps you can make a death look accidental, dropping a boulder on their head. Maybe you just want to go in guns blazing, alarms be damned. These options are added upon with possible badges that can be unlocked, which you can see after you beat a level. This gives an incentive to replay levels, try new strategies, and get better at the game. Quicksaving is highly recommended, even with an optional reminder of the last time you saved. It makes for a system that’s difficult whilst being forgiving.

Each character you play has their own skill set and type of play. So while John has a knife to throw and fake pennies to distract, Hector has a whistle to lure enemies and the ability to take out heavier enemies with his axe. McCoy gets a sniper rifle and some poisons to distract and knock out foes. Kate gets the ability to disguise and distract enemies with her charm, and Isabelle’s voodoo gets to control certain outlaws. Add that with the showdown mode, a system that allows you to have everyone in the party act at once, and you get a lot of possibilities. 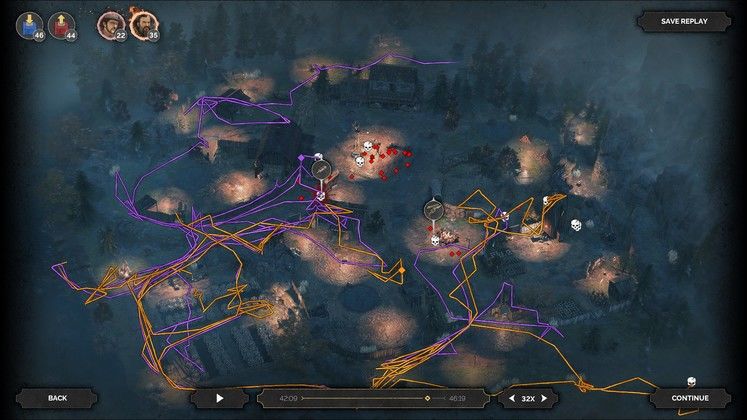 There is also a lot of variety given in level design too. It likes to play around with party builds, making you wish you had the one character or skill to make this level a breeze. One of the first levels in chapter 2 robs you of your fatal weapons, forcing you to be almost defenseless in a town that wants you dead. Desperados III loves playing with these sorts of novelties, and it’s fun to see what new challenges will appear. However, it also means that some maps come with a lot more trial-and-error than you’d like, dragging the length of some levels to be well beyond a half hour to two hours if you’re a noob (like me). Finishing a level afterwards shows a rundown of what you did. It’s a neat touch, even if it cements how bad you are at the game. This is probably one of the few games that reminded me of how much I sucked, but in a good way.

The detail put into levels is a real delight, even on my MSI GL63 8RC. It might not blow your mind, but there’s a style and intent to the graphical look. It feels like the proper way to modernize a series that was originally isometric, and the care put into the aesthetic shows how much Mimimi loves the franchise. However, this also means that each level is chock full of moving parts and brings with it longer loading times and some brief slowdown (especially during the post-mission recaps). Use that time to grab a drink or go to the bathroom. There were also a couple crashes during my time playing it, but they were uncommon. 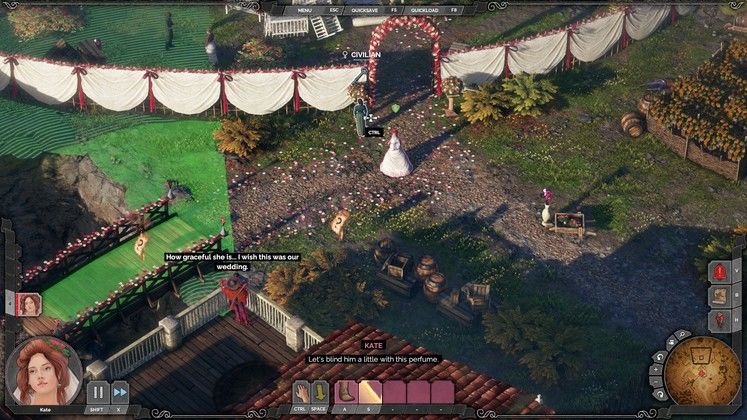 Desperados III is like a decadent cake. It’s very rich in detail and design, and highly recommended, but that richness is for a certain palette that won’t appeal to everyone. Yes, it can depend on trial-and-error and the loading times can be unsavory, but it’s been awhile since a game plagued my thoughts like Desperados III. Getting a plan to work is a blast, and some excellent characterization prop up the mechanics nicely. Mimimi Games is a worthy successor to the Desperado franchise, and III will convert skeptics.

Taking down three guards in quick succession with Isabelle and almost getting caught. 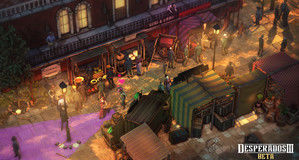