Welcome to the dungeon, we've got fun and games

Playing Dungeons 2 I realised exactly what kind of evil overlord I would be. Not for me to take the Sauron approach, stewing away in my tower while a horde of undisciplined orcs make a complete mess of my domain, squatting in grubby shacks and slowly marinating in their own farts. No, I’ll have some discipline, thanks. Some class. If I’m going to rule my own subterranean kingdom, it’s going to be neat, damn it.

Welcome to the dungeon, we've got fun and games.

The original Dungeons got quite a lot of stick when it came out back in 2011. People wanted a real spiritual sequel to Dungeon Keeper 2, the big daddy of the genre, but rather than follow in the exact same footsteps, developer Realmforge tried something a bit different. Rather than fending off bands of heroes, you were actively luring them into your lair, setting down tasty treats and piles of treasure in order to tempt foolish adventurers into position for you to drain their soul energy.

Dungeons 2 drops all of that, sticks much closer to the traditional Dungeon Keeper formula, and is much the better game for it. So much for innovation. The main problem with the original game’s premise – aside from some fiddly micromanagement - was that you were always in a passive position, twiddling your thumbs and waiting for something to happen. Admiring your perfect dungeon home is fun up to a point, but Dungeons 2 understands that evil overlords need to keep themselves busy. 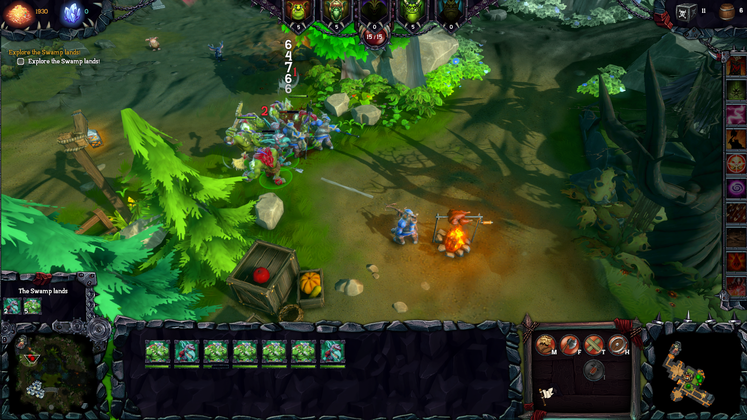 Hence the addition of a new overland map, a domain of goodly knights and happy bunnies that it’s your job to conquer and enslave. Rather than stewing in your dungeon, you’ve now got specific targets to aim for. Hire some orcs and trolls and you can drop them into your dungeon’s exit portal, which will send them up to the surface. Here control switches to a simple RTS setup, removing your omnipotent ‘gauntlet of dominance’ and letting you group together units, activate certain unique skills, and directly control your forces across the map.

Dungeons 2’s overland RTS combat won’t be rivalling Starcraft 2 any time soon, but it doesn’t really need to. It’s there to give you both a goal to work towards, and another plate to spin, and it does a fine job of both. The best missions in the solo campaign have multiple objectives, which require you to keep an eye on both your dungeon exploration, and your potential surface conquests. You might be tasked with intercepting overland trade convoys, while still maintaining an efficient base defence with guard posts and entertainingly deadly traps (I particularly like the rolling rock trap, which does exactly what it says on the tin).

Generally it’s a smooth transition between areas, but there is one annoyance; you can’t group select creatures while underground, so to get your troops to head to a specific area you have to plonk down a summoning flag which beckons every single one of your units. This can be annoying if you want certain troops to continue working in their allotted rooms (goblins aren’t much good in a fight for example, so I usually prefer to leave them in the tinker’s shop to cook up new inventions), as they’ll head to the summon point along with everyone else, forcing to pick them up manually and put them back where they were. When you’re constantly switching between overland and underground this can be a bit of a hassle. 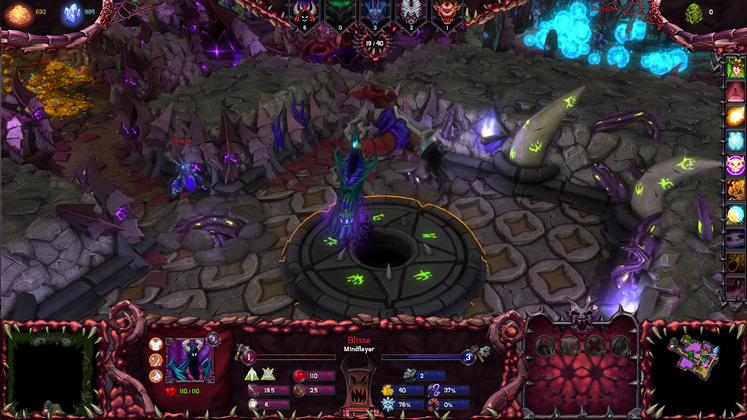 Each creature has three different unit specialities, providing a decent amount of variety

If you’ve played a dungeon management sim before, you’ll know exactly how the base-building plays out; you carve rooms out of the surrounding stone with your overlord’s floating hand, then paint room tiles across the floor to mark out particular zones. Each room type is vital to a functioning dungeon, and as your population grows you’ll need to continually expand, creating larger breweries to keep your orcs drunk and happy, or grander treasuries to store your hard-earned gold. Each unit has a set of needs and desires that you’ll need to fulfil, or else they’ll start pilfering gold or slacking off guard duty. You’ve got a stack of utility spells to help you control your troops, and free reign to set up trapped entrance halls or heavily guarded kill-zones in areas that are vulnerable to invaders. There’s nothing remarkably innovative here, but it’s all very polished and enjoyable.

The campaign itself, while perhaps a little on the easy side, does a great job of gradually introducing you to the finer points of the game. Your dungeon master - the Ultimate Evil - used to be a big massive, lumbering juggernaut who could destroy whole armies with a swing of his sword, but a band of heroes from the good races joined together to cast a spell that sucked his life force out of his armour, leaving him as a formless force of evil a la Sauron. He’s out for revenge, but he’s now got to rely on his minions to do the heavy lifting.

The tale is told by a slightly chippy narrator, who guides you through your various objectives, sarcastically pointing out your deficiencies when you lose a mission-critical unit, and making roughly 8 billion pop culture references along the way. The voice actor does a really great job of sounding both exasperated and obsequious, but the jokes themselves run the gauntlet between ‘actually amusing’ and ‘lazy reference humour’ perhaps a little too closely for my liking. One of the main antagonists is a wizard called Gandeldore, who runs a magical school called ‘Sprogfarts’, and arrives “precisely when he means to”. That tells you all you need to know. 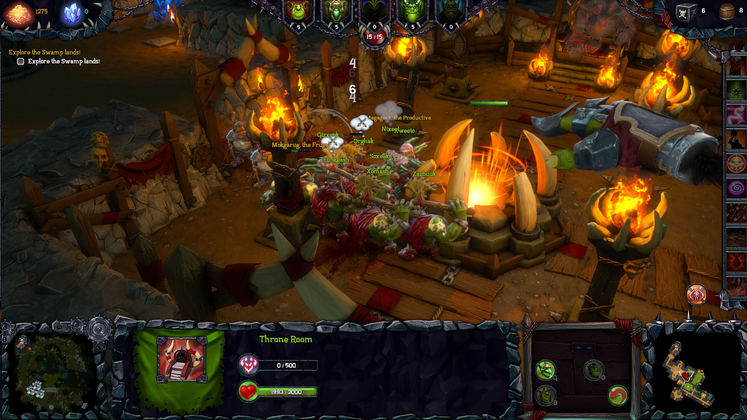 Combat is pretty simplistic, but units pack a few special abilities to mix things up

Presentation is generally pretty impressive. There’s definitely been a concerted effort to make things feel ‘more Dungeon Keeper’ - there are several little touches like the way your gauntlet cursor can now be used to slap lazy minions, and the art style and tone feels far more cohesive than it did in the previous game. Creature designs are expressive and charming, and while there’s no XCOM-style attachment to your troops, some of them can earn medals and titles over time, as they level up and become stronger. It’s just a shame that they don’t carry over between levels.

Once you’re done with the singleplayer campaign, which should take around ten to fifteen hours to complete, you’ve got a suit of multiplayer and skirmish options to keep you busy. There’s basic deathmatch modes, a king of the hill mode which tasks you with holding onto a certain area of the map, and a domination mode which rewards the totally obliteration of your enemies. Dungeons 2 also adds the new Demon faction, who have their own unique units and dungeon layouts. There’s some crossover between the two factions - a few rooms and traps are only cosmetically different – but there’s still enough variation to provide a nice change of pace.

Maybe Dungeons 2 plays a little safe by ditching some of the more intriguing aspects of the previous game (I still think the idea of using overconfident adventurers as a form of drainable resource is a fantastically twisted conceit that could have been fleshed out further) in favour of going back to the roots of the dungeon management genre, but it’s hard to criticise Realmforge too much for that when the game is this enjoyable. While it is fairly simplistic, the overland RTS game provides you with a real focus for expansion, and building your dungeon kingdom while simultaneously managing your menagerie of twisted minions is addictive fun. It doesn’t quite capture the delightfully sadistic sense of humour that marked out Dungeon Keeper in its prime, but Dungeons 2 is still a worthy tribute, and well worth your time.

Slowly carving your kingdom out of the stone is as satisfying as it ever was. 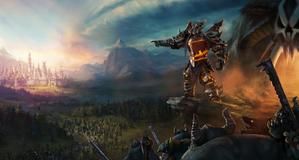